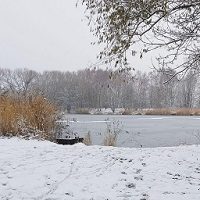 A bagel. I draw, write, read. You can find mirror of my stories on AO3 @ FebruarysRiver and on Royal Road @ namio.

Firstly, I'd like a rundown of who is who. That was really confusing! I want to also know what the relationship between Ao Wei and Bai Mingyuan is and the ending... I really didn't understand either. Help!

Who is who in what regard? Bai Mingyuan is the divine beast Bai Ze, and his position on the imperial govt is Grand Preceptor, you can think of it as Prime Minister. Ao Wei is the beast Taotie, the 5th prince out of 9, and is sent to guard the western borders. Do you need the rundown for other characters? I would put it here but I realized there's a lot...

Their relationship is close friendship that tethers to romantic, but they just never took that step over the threshold. They originally bonded over being guardians of the people. After centuries (or possibly longer), though, they just had a falling out. I can't really say more than that, since it would be spoilers for a future story, sorry!

It's fine! When you upload a sequel to this short story, I'll know because I follow you. I'll look forward to the future!

Very likely a hiatus for From Tomorrow On. Undetermined dates. Just not in the headspace for that story, I just smack headfirst into walls with that. Will continue to try writing the chapters, though.

No updates for either For February's Rain or From Tomorrow On this week, sorry! Will be trying to finish my thesis for good, and writing these chapters is taking more time than I'd like to admit. Once I have a bit more free time, I'll try to write actual buffer chapters though. 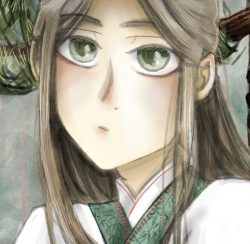 Heya. Writing for a sort-of casual new project here, though it's still some time before I will post it; unlike with For February's Rain, I'd like to have several chapters as a buffer, though the update will still be weekly only. I also need to draw something quick for the cover.

There might be some stutters in update schedule for the next two months or so, though; IRL things, the usual. But weekly updates for For February's Rain is still a thing, no worries.

Thank you for reading!

A bagel. I draw, write, read. You can find mirror of my stories on AO3 @ FebruarysRiver and on Royal Road @ namio.