Edge Valmond.
Email: [email protected]
Sites I am on:
RoyalRoad and Scribblehub.

Alright, so that’s it for Parallel Hearts on this site. If you want to continue the series, you can find it all on Royal Road. Link: https://www.royalroad.com/fiction/33997/parallel-heartsanti-heroaction-adventuredark-portal

One more thing I want to try. Ya know, every time I come off this site. I find myself back on it, so we will try this one going in every 8 hours being a release until further notice. Just remember, it is always available on Royal Road. 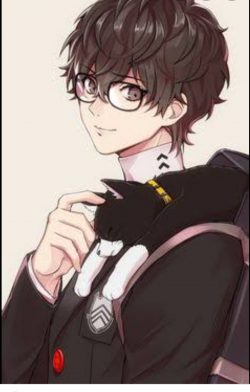 Been a while, glad to see to see you.

Yeah well, it looks like this experiment is not working out. So, for those who are reading the series, you can find it over on RoyalRoad. There are many other works to enjoy over there as well. Link: https://www.royalroad.com/fiction/33997/parallel-hearts

Made some slight corrections to, Chapter 8: Harmonizer-Lost Memories(Part 2). There was a bit of a duplicated part, that I deleted. On top of this, there are two new Deleted Scenes available on RoyalRoad.

I will now be switching to four releases a week, twice a week. This will go into effect starting next Friday. So, releases will be on Tuesday’s and Friday’s from this point onward.

The schedule for the month will be, every two days, there will be three releases. So, the next one is tomorrow. If you wish to read ahead, you can find the story on RoyalRoad. Link: https://www.royalroad.com/fiction/33997/parallel-hearts

Alright, I am back. Nothing new this time, rather. I am going to be trying something a bit different. I’ll begin releasing on here again, but with the first book for now.

You can access the story, and quite a bit of my works from here. Just go down the Table of Contents and you’ll find Vita et Mors underneath its own volume. And when you are done there, you can find a Summer Special on it. By accessing, ‘Parallel Hearts: Short Stories’.

Removing the Book Once again, you can find it on Wattpad/Royal Road.

New Book cover as well as new name for the Restoration Series.

October 31st, a Halloween Special will be released on Wattpad/Royal Road. It will be at the end of Restoration(Book 1)

On second thought, I believe I will do one update a day at different times. Yeah, I’ll see how this does. Remember, this is an experiment in place.

The first five chapters has been a pretty fast release. Now it will slow down a bit, with two parts every two days. So the next release will be Wednesday. So, from that point, you can time it two days from the previous ones. So, six releases a week.

For those following the entire series. Take note, I am working as efficiently as I can rewriting the second book. I know there are those waiting for the third book, so you can read an unpolished version on Wattpad.

Alright, I know left for a bit of time. Though, I decided to come back. However, more on experimental grounds.

For those following the rewrite, you can take a guess that this one is going be slightly different in the first half. Second half may also be a bit different as well.

Edge Valmond.
Email: [email protected]
Sites I am on:
RoyalRoad and Scribblehub.