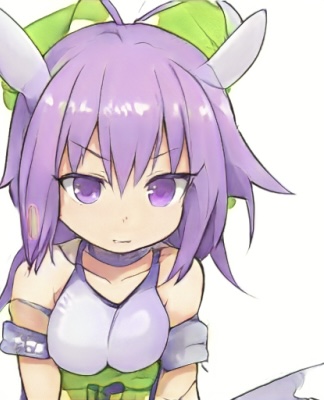 “That’s certainly quite the problem to have.” After the last few consultations, it was a huge relief to see my client was finally a mortal.

“A problem? It’s a living nightmare. One day I’m a rock, the next day I’m a strap-on getting shoved up some fat guy’s ass. What’s even worse, I’m a lesbian. It’s all fine and dandy when I reincarnate as some chick’s panties; in fact, I more than welcome it, but when I reincarnate as diarrhea shit inside some dude’s ass, it’s far from a pleasant experience.”

Pfft. Gotta keep it in. I’m a professional after all. But you can actually reincarnate as diarrhea? Which sadistic God thought that one up?

“There are times where I really don’t know how to feel about it though. On several occasions I’ve reincarnated as a man’s dick in the middle of intercourse. After it happened a few times I developed a severe case of anxiety. I’m constantly on edge whenever I wake up, I can never be certain whether I’m inside a man or woman, so I don’t know whether to be into it or not.  It’s making me unsure of my sexuality. I’ve been losing a lot of sleep over these worries recently.”

“I- I see.” My lips were twitching, but I somehow kept it together.

“So, God, please tell me how I can stop reincarnating like this all the time.”

How would I know? I’ve never even heard of someone reincarnating every day as something new before.

Was it some sort of new curse?

Wait… could it be someone from another world is trying to summon her everyday when she’s asleep but their summoning circle is defective? She might be pulled into a transdimensional corridor linking the two worlds together while unconscious; but because the vehicle that transports her, the summoning circle, is defective, the spatial turbulence destroys her body,and her soul is tossed into a random branch or rift connected to the transdimensional corridor. Her soul then binds to the first thing it comes into contact with in that world wherever she’s initially spit out.

That was quite the inconvenient lifestyle. But the real question was, who was actually summoning her, and for what purpose? What was their objective here?

“About how many times have you reincarnated or how long have you been reincarnating for?”

“I have no idea how long this has been going on for, as for the number of times, it’s too many times to count. Why would this matter though?

“It could help figure out the identity of the culprit. An approximate number would do, the exact number doesn’t matter, just what you think the magnitude is around.”

What the hell? Then it probably wouldn’t be a mortal with a short lifespan. If I assume somewhere between one million to ten million times and assume she reincarnates on a daily basis, the culprit could potentially be somewhere between 2739 to 27397 years old.

Honestly, tracking down the culprit seems like a pain in the ass. Instead of finding them and telling them to fuck off, it’d probably be easier to make her unsummonable.”

I pulled out my phone and opened up the Akashic records for the world she was currently residing in. I then did a search for her character file in the Akashic record registry. Scanning through the registry values, I found one called summonable which was set to one.

“I think I found a solution to your problem, but it would mean that you’d be unable to be summoned to another world.”

“Summoned to another world? But the problem is that I’m reincarnating in other worlds. What would preventing me from being summoned do?”

“Remember when I mentioned a culprit just now?”

“Well, I suspect reincarnating isn’t the root cause of your problem. The true cause is likely the work of a defective summoning circle someone is using to try and bring you to their world.”

“Bring me to their world? For this long? Are you kidding me?”

“I’m dead serious. Aside from that I can’t think of anything else that would be the cause for this phenomenon.

“What the hell do they fucking want!”

“Maybe they just want to mess with you. Did you ever spit in a customer’s coffee or something? They could have held a petty grudge against you for something like that.”

“You’re saying someone would be willing to subject me to this hell because of spitting in their coffee?”

“It was just an example.”

“What sort of ridiculous example is that! Can you please take this more seriously?”

“I am taking it seriously though…”

“Nobody in their right mind would try to summon me for this long just because of spitting in their coffee.”

She shook her head adamantly and refused to accept this as the unknown culprit’s reason.

Because it’s too much freaking work. There are two solutions, one is a pain in the ass, while the other is as simple as changing a one to a zero. Which would any sensible person choose? Obviously the easy one that accomplishes the same end result.

“You will understand one day.” I gave some mysterious vague bullshit answer rather than the truth. Vague answers from Gods like this worked wonders on mortals who liked to go off on their own and think there was some sort of deeply profound meaning to it when there wasn’t.

“Anyway, this doesn’t stop you from reincarnating when you die, but it does stop you from being summoned to another world which achieves the same result you requested. To not reincarnate in a new world every day. You fine with that or not?”

“Well… if it really does solve the problem… I guess I’m fine with that.”

I highlighted the one in the box, changed it to a zero, then clicked apply. When a message popped up I bit my lip and a streak of blood trickled out the corner of my mouth.

‘Changes could not be applied as summonable is write protected.’

Reincarnated as the God of Shitty Life Cou...
Oldest | Recent
Search
Your changes has been saved.
Action Required