Sam and his friends didn’t stay to see who won the god versus monster deathmatch. They rode the elevator down to the lobby and got out of that tower as quickly as they could without once looking back.

“Since we can’t seem to shake him off, we’re going to have to deal with Apex at some point,” Thunder pondered.

“Assuming he survives Achelous,” Sam replied as they both burst out of the Chicago Water Tower’s front doors.

Sam’s hope lasted all the way to the Argo VII’s door. That’s when instinct nudged him in the brain, urging him to turn around and see what was coming for him.

Thunder pulled him onto the bus.

“Go!” she yelled at Ashley.

“We’re always rushing,” Farsight sighed as she tightened her grip on the steering wheel. “Hold on to something!”

Then the Argo VII was off and tearing through North Michigan Avenue like a bat out of hell. Luckily, the traffic was light with barely any cars in sight. However, they weren’t so lucky as to escape the lion-head-wearing villain chasing after them on two fast feet. It was a point that Jackboot gladly pointed out to the rest of the team.

Sam and Thunder moved over to stand behind Jackboot who was manning the Argus VII’s security rig behind Farsight’s cockpit. On the camera pointed toward the rear of the bus, they could see a giant man’s figure running a mere twenty feet behind them.

“Does this thing have any weapons?” Jackboot asked.

It was a question Sam repeated too, earning him a chuckle from the teenage girl sitting in snugly in her cockpit.

“Of course we’ve got weapons,” Farsight chuckled. “Did you really think this baby was meek and docile?”

She tapped on one of the buttons on the panel on her dashboard labeled Toxa which Sam knew was ancient Greek for ‘bow’. Seconds later, they watched as three canisters fell out of the Argo VII’s rear bumper at intervals. These canisters clanked and rolled across the asphalt, with each one exploding into a shower of brilliant emerald flames the moment Apex ran dashed within their range.

“Holy Zeus!” Sam’s go-to line had been co-opted by Thunder on this particular occasion. She was that impressed.

One, two, three — each one of those emerald fires would burn throughout the rest of the afternoon and through the night while the authorities waited for a hero with a power that could extinguish such unruly flames. As for Apex, they barely even slowed him down, and Sam knew it was because of the powerful relic draped across his shoulders, the Cloak of the Nemean Lion.

“I think all that did was piss him off,” Sam reasoned.

The bus turned left on E. Chestnut, which the system’s GPS registered was a mostly empty street. It was the perfect spot for Farsight to unleash the second of the Argo VII’s arsenal. She tapped on the button next to the one she’d tapped first. A second later, and javelins launched out of somewhere on top of the bus like arrows in flight.

“Are those bronze tipped?” Sam asked.

The first of the javelins pierced into the asphalt a meter away from the target, but the second one was on the mark. It struck Apex on the shoulder and merely bounced off him like he was an impenetrable tank. So did the third and the fourth javelin. Nothing seemed strong enough to penetrate that lion's skin.

“Talk about a waste of money,” Thunder said wryly.

Bronze javelins weren’t cheap, as Sam recalled. Quality ones were worth at least a hundred drachmas a piece on the OTC. And the next of the Argo’s VII’s weapons was even way more expensive.

“Something’s happening to the back of the bus,” Sam reported.

He could see it on the screens, how the panels on the back of the bus had all flipped over to reveal the reflective surface of the bronze mirrors hiding underneath.

“Is that what I think it is?” Thunder asked.

“If you think it’s an Archimedes Mirror that’s powered by the solar panels we’ve installed on the roof then you’re absolutely right,” Farsight chuckled. Now, seriously, hold on to something.”

The floors and walls began vibrating while the temperature rose toward the back of the bus. Then they heard a sound that was like that of a foghorn before several brilliant bolts of yellow light shot out of the bronze mirrors, each one colliding into Apex’s body at a single point, his chest.

Two things happened next. Apex was finally blown back by the concentrated power of the sun’s rays while the Argo VII shot forward from the recoil of the blast, causing it to zoom across the street even faster.

“Not while I’m on the wheel,” Farsight reasoned. “Now, stop trying to backseat drive and just enjoy the ride!”

This so-called enjoyable ride led them straight through the glass wall of a brand new building beside Asbury Plaza, through construction materials and unfinished fixtures, and out to the street on the other side of it all while Sam and Jackboot screamed their lungs out. Yep, it was just the boys, and this snafu would later serve as fuel for more of Farsight’s taunts after they’d escaped to safety.

“Are you trying to get us killed?” Jackboot complained.

“Well, it worked, didn’t it?” Farsight replied with a smirk that they could see through the rearview mirror.

They checked the screens and couldn’t find any sign of Apex. He was just gone, left in the rubble of the Archimedes Mirror’s power.

A flash of relief flashed across Sam’s face when he said, “We need to get out of the city.”

“I second that idea,” Jackboot chimed in. “But where to?”

She and Sam locked eyes, and he could see the worry hidden in her irises. Somehow, he just knew that she didn’t like the idea of going back home, and he wondered what that was about although he didn’t ask. Some things you don’t ask about. Some things you just wait for people to say out loud on their own.

“Should we say hi to your cousin while we’re there?” he asked.

“He probably won’t be around... he’s based out of Washington D.C. nowadays,” she replied. “But we could visit my nana... she has an excellent recipe for roast chicken I’d love for you guys to taste.”

“Before we make plans to get out of the city, we need to find a gas station... we’re running on fumes,” Farsight called.

Much later, after they’d filled up the bus’s twin tanks with fuel and left the greater Chicago area in their rearview mirrors, Thunder and Sam were busy tapping keywords into the computer so that the Argo VII’s next-generation variable computing software could help them figure out the connection between Dwight D. Eisenhower and the Sunflower State apart from it just being the city the former president and hero lived in. It didn’t take long for the computer to give them the answer. In fact, it had given them quite a few answers, but it also offered a suggestion that proved the most likely of the bunch.

“I hoped we’d get a different answer,” Thunder sighed. “But I should have remembered how crappy our lucky is...”

“What do you mean?” Sam asked.

Thunder moved over to the window and wrapped her arms around her shoulders as if she’d suddenly felt chilly. It would be a long while later before she would answer Sam’s question.

“Something happened at that library a few years ago... a tragedy so bad that the Wardens had to shut it down permanently,” Thunder answered.

But Sam already knew the answer because there was only one reason the Wardens would close a public location, and that was if the place had become infested with powerful horrors — a haunted zone. The question on Sam’s mind though was what kind of disaster occurred to make that happen.

“I was there when it happened,” Thunder answered almost like she could read his mind. “It was a class field trip back in high school. And one of my classmates, this kid named Rick who’d been bullied a lot... he’d brought a gun with him and...”

Thunder didn’t finish that sentence. She didn’t have to. Sam had heard that story before about five years ago because it was, like all stories of gun violence, really big news. A high school student had shot a bunch of his fellow students and teachers on a class field trip right before awakening as a horror born of a powerful and pure rage.

It had been years, but such a traumatizing experience would have still affected a survivor of the incident, even one as powerful as Thunder who had probably been powerless to stop the violence from happening. And it did still affect her. This was obvious in the frown on her lips and the crease of her brow.

Wordlessly, Sam moved over to where she stood by the window. He wrapped an arm over her shoulder to comfort her.

Something bright blazed to life from beyond the window, drawing Sam’s eyes to it just in time for the giant beast with two golden antlers to ram into the side of the Argo VII with the force of a wrecking ball.

As for the second labor, what could it be? Any guesses? Let me know in the comments! 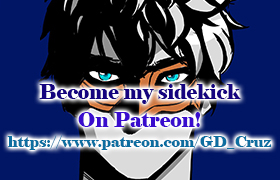