John lowered his phone and looked up at the building in front of him. "Huh. They were this close to us this entire time?"

Although renowned for their flawless record defending people charged with crimes, a recent case had led the main partner in the firm to decide to shift the focus to more transactional work.

John didn't blame them. After all, fighting for the sake of a person's life against an entire system was draining on the soul. Especially when you had to play by some seemingly arbitrary rules with enough ambiguity to turn white to blue if you were clever enough.

Although they were technically contracted as in-house counsel, John hadn't had the chance to meet with the Fae and Co. partners yet. Showing up unannounced might be a bit of a burden on them.

"...No. Jenny said they were in some trouble, right? In that case... Better sooner than later."

With that in mind, John walked through the glass doors and entered the building.

Like any other business space in Roppongi, the interior was sleek and modern. Chic furniture, a fancy gray wallpaper, potted plants, etc.

Surprisingly though, there wasn't a receptionist. Instead, there was a directory with a list of the businesses operating out of the building, along with room numbers.

Forsun Incorporated, which seemed to be an environmental agency looking for renewable resources.

Shield Corporation... Oh. Akira was based out of here, huh? That guy had a lot of interesting tech setup to run Ilgarde, but it seemed like he was a bit low on resources. A proper start-up company, unlike Myth Incorporated which was backed by John's F.U. money.

I. Sekai, which was an international drop shipping company...

Ah. There it was. Fae and Co. Law Offices, fourth floor.

...A bit strange why they called themselves Law Offices instead of LLP or Law Firm, but Japanese people liked their English loan words, so...

John shrugged and then made his way up the stairs. As he did, he mulled over what to cover first.

The main issue they were facing right now were definitely the copyright issues.

John wasn't worried about the copyright issues overseas in places like America or Europe. There was a compulsory license provision in the American copyright law for performances, so even if they refused to bargain, John could hire some bigwig law firms to sort that out. Not only that, but since UTube was based in America, he could finagle choice of law provisions for America and apply said provision.

The problem came with local copyrights in Japan. Just like how John remembered things being, corporations here were super strict on what they would allow their IP to be used for. Mostly because they were big on 'face' and reputation, whether they would admit it or not.

That, plus the fact that the heads were all old Japanese guys who were definitely biased against the nouveau rich foreigner popping up in their home territory, meant that John was going to have to knock some people around soon.

At least, if they wouldn't talk nice with his lawyers.

And speaking of lawyers...

John stopped in front of a door. Glancing at the brass door plate on the side of it that said 'Fae and Co. Law Offices', he got the right place.

John moved to press the buzzer on the side of the door. But before he could-

"I object! We didn't do anything wrong, so why do we have to give up our license?!"

A fiery and young male voice.

In response to that, a mature woman let out a sigh and said, "It can't be helped. Even though we haven't done anything wrong, the other side has evidence."

John blinked, processing the information. And then he narrowed his eyes.

He didn't know the exact circumstances, but trying to pull a scheme like that to get rid of his people...

John opened the door and walked in. 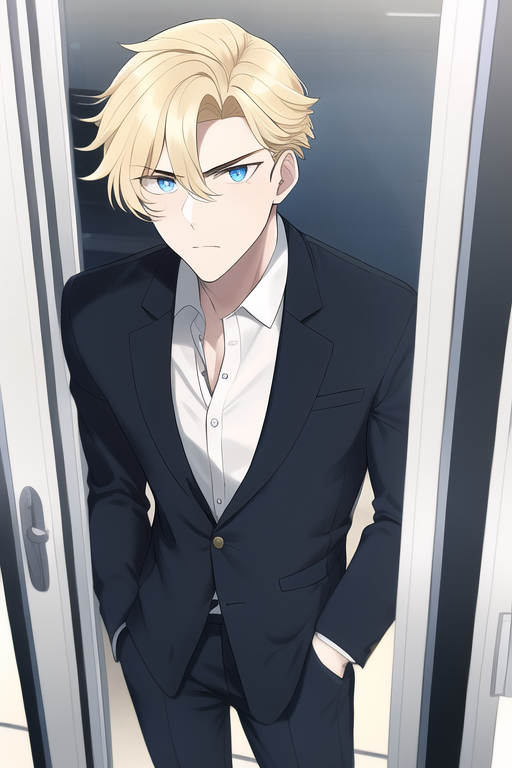 A chime echoed, signaling his entrance.

Two people immediately looked towards him.

One was a mature woman wearing a black suit. Her long black hair was a bit frazzled, and from the few white streaks in it, she seemed to have been under a lot of stress. And that was reaffirmed by the dark shadows under her brown eyes. 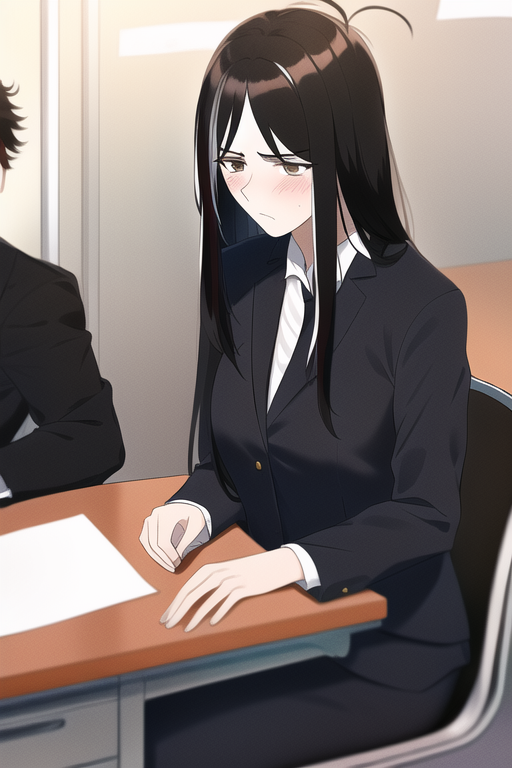 The other was a young man in his late teens, maybe early twenties. Like the woman, he was wearing a suit. But unlike the woman, it didn't seem to suit him. With a head of bright red hair and just as fiery crimson eyes, he looked more like a delinquent than an attorney. 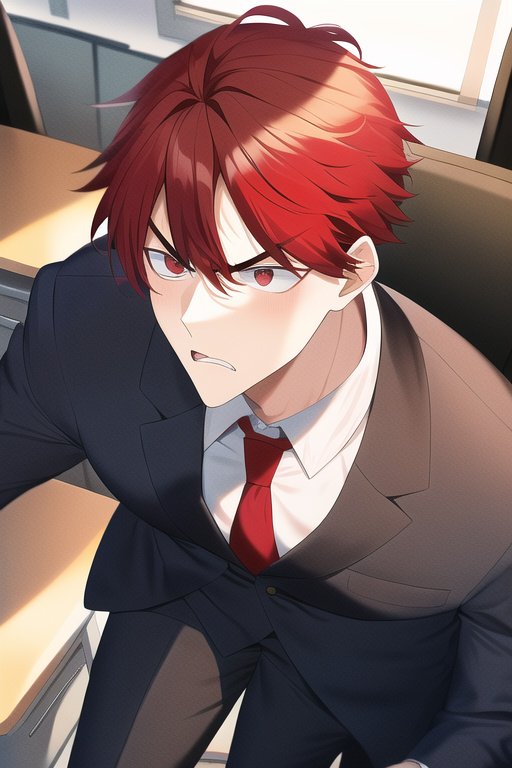 The woman blinked and then let out a tired wave. "You must be Mister Smith." She sighed and said, "Apologies. We have a... situation at the moment. If you are here to talk about your matters-"

John waved his hand, cutting her off. After that, he said, "Don't worry about that for now." Closing the door behind him, he walked over and narrowed his eyes. "Tell me more about this forged evidence."

At the Maji Toraki Udon shop, a certain group of security detail members had gathered.

Maji let out a sigh as he stared at the guests and said, "Look. I get that we're all friends here and that you pay well, but you guys are scaring away my customers."

A man with long and flowing silver hair looked up from eating a bowl of udon. Seth Nova.

Setting his bowl aside, he adjusted his leather coat and turned around to look at Maji. "Is that a problem? Business is business."

Maji's eye twitched and he said, "It is when we're trying to make an honest living, dammit!"

At a table nearby, a Chinese woman with short hair and a red dress chuckled. Eva Won.

Leaning over the table, she said, "Relax, Maji-san." She gestured towards Seth's table and said, "With eye candy like those two frequenting your shop, I'm sure business will pick right back up."

Across from Eva, a young man with short brown hair and a police uniform, Leo Roosevelt, shook his head. "Why are we even here right now?" He frowned and said, "Shouldn't we be focused on cooperating with the local police to root out the remnants of Parasol? Especially since they're starting to move to interfere with Mister Smith's business?"

Back at Seth's table, an intense man with spiky blonde hair and glowing green eyes nodded. The man, Claus Rife, adjusted his brown overcoat with a frown and said, "I agree. The pay is good and security detail is a nice change of pace, but..."

Seth went back to his bowl of udon and chuckled. "Just be at ease and enjoy these peaceful times, Cadet."

Seth pointed his chopsticks and Claus and said, "Eat."

"Tch." Claus pursed his lips and then went back to eating as he was told.

Maji stared at everyone ignoring him and let out a deep sigh.

Dammit. If John had plans for them, Maji would have appreciated being kept in the loop, not having his cozy retirement shop being used as a base for mercs-

"Of course not! Today's the day I beat you, Kiri-san!"

"Hn. Then step forward with all you have."

Energetic words that sounded like the start to a brawl echoed from the kitchen.

And for a moment, Maji thought it might have been.

But immediately after, the sounds of chopping knives and noodle dough being slapped around echoed.

Maji ran his hand through his hair and muttered, "Dammit. Maybe I should have taken on her kid as an apprentice after all. Would've been hell of a lot less chaotic than this..." He paused and said, "Wonder what Yuri's doing right now anyway? Is she having fun with her friends?"

"K-K-Karaoke?!" Yuri instinctively took a step back and glanced around the room. "A-A-All of us?"

Asako stuck a hand in her pocket and said, "Yeah. We're idols, aren't we? Might as well practice singing together to figure out how we harmonize." 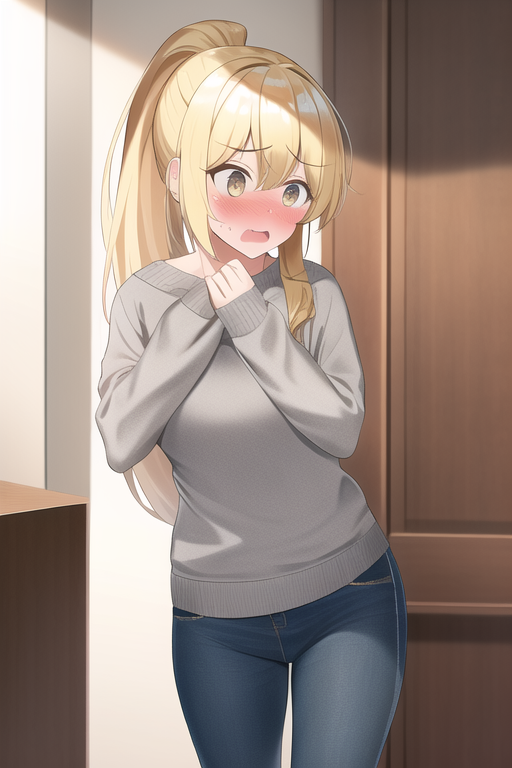 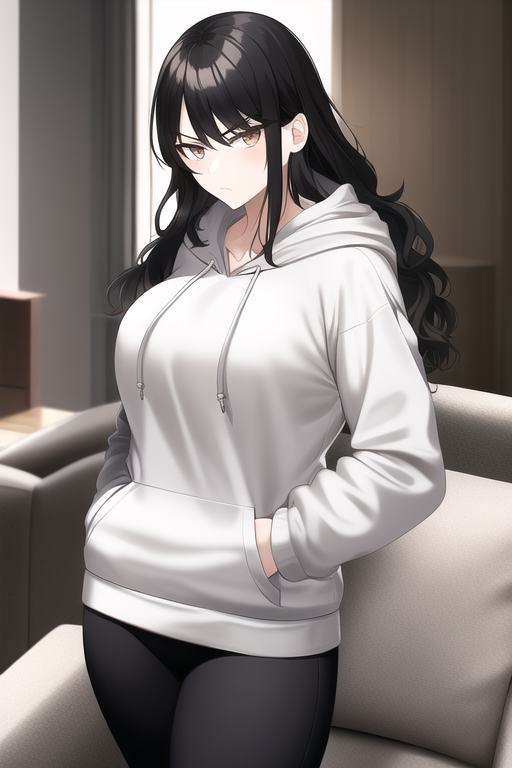 I'm having a lot of fun getting these pictures from Ai-chan. XD

Updated the glossary with some new pictures. The entries are out of date, but it should be a fun picture gallery to help visualize people.

You can look at the pictures here.