Regular artifacts are everywhere. The Vinleaf made hundreds of thousands of them. That’s why, even though the method of making artifacts has been lost, we haven’t suffered a shortage of artifacts. But there is another type of artifact that is extremely rare. They are what we call ‘legendary artifacts.’
—Excerpt from Dan Blaedel’s “House of Fury”

“Why does work even matter?” said Seraphiel. “We have more important things to do.”

“Um, no you don’t. The three of you need to keep your influential positions in Kraej Company in case I need something.”

“So you do have plans for us,” said Sariel.

“Of course. You can’t help with the Iah monsters directly but I’m sure you can think of other ways to help me out. Speaking of which, we haven’t discussed my fee for your healing.”

“Your fee?” Seraphiel sounded surprised. “You need money? You don’t need to ask for money from them. I can give you however much you need.”

“Sweetie, it’s not that I need to get money from them. They should pay me because, otherwise, they’ll owe me a huge favor,” I said. “Properly paying me for services rendered means they won’t feel too indebted to me.”

“What kind of angel charges a fee for healing?” said Sariel.

“This kind of angel.” I pointed to myself. “That will be one million credits. Each.”

“Okay.” Uriel cut off Sariel’s incredulous exclamation. “I’ll write you a check for mine and Sariel’s fees. I assume Seraphiel has enough money in the bank.”

Uriel cut him off again. “It’s fine, you can pay me back later when you have the money.”

“Don’t you think one million credits is excessive?” said Sariel.

“No.” Uriel and I said the word at the same time.

“I bet Uriel has already spent more than triple that on doctors and drugs,” I said. “If I hadn’t come along, Sariel, you’d start feeling sick soon and you’d be spending a lot more than one million credits on therapies that don’t even work.”

“She’s right. Don’t argue with her,” Uriel said to Sariel. They started bickering with each other, but I tuned them out since Uriel had already agreed to pay me.

I started organizing my pack while Seraphiel hovered over me. He cleared his throat several times and seemed to want to say something. I waited but he didn’t say anything.

“By the way, Ely, you don’t need to pay me one million credits,” I said.

“Because I’m special?” he said softly. The words I’d said earlier seemed to have cheered him up immensely.

“Yes, and also because one million credits isn’t nearly enough, not where you’re concerned,” I said. “Don’t even think that I can be fobbed off with mere money when I’ve been working myself to the bone to help you.”

“Working yourself to the bone? What have you been doing? You do seem too thin.” Seraphiel frowned.

“And I do mean you, specifically,” I added. “Not those two or the hero.”

Uriel and Sariel glanced at us then exited the room. I finished organizing my pack and started walking off with it in hand, but Seraphiel took it from me. I let him carry it since I still had a slight headache.

“I have a lot of things to say to you,” said Seraphiel.

“We can talk when you get back from work. I’d like to rest some more when we get to the city.”

We talked as the ELs walked and I rode the dyr.

“Why do you have so much money put away?” said Sariel to Uriel.

“Unlike you, I don’t have any expensive habits,” said Uriel.

“How do we even know this girl is for real? You could have been healed by the placebo effect,” said Sariel.

“She could be a scammer.” That was Sariel.

We could all tell he wasn’t serious, but Seraphiel still indignantly defended me. “She is not!”

“You see that mountain right there?” I said, pointing east. “Want me to destroy it?”

“Yes, prove to me that you can,” said Sariel.

“Alright. That will be one hundred million credits then,” I said.

Sariel turned to Seraphiel and Uriel and threw his hands up in disbelief. “You see?! Those are the words of a scammer!”

“Hotel? Why would you need a hotel when you can just stay with me?” said Seraphiel.

I laughed. “I can’t possibly stay with you.”

“Good grief, don’t you realize I’m underage? Obviously, we’re just friends, but the tabloids would have a field day if-” I stopped talking because both Uriel and Sariel were laughing. Seraphiel covered his mouth with one hand to hide his smile.

“What? I know the paparazzi watch your every move,” I said, puzzled.

Sariel started laughing so hard that he fell down on the ground and started literally rolling on the ground laughing. Uriel was bent over, holding his stomach, laughing like mad. Seraphiel turned away, but I could tell that he was laughing, too.

Uriel was the first to stop. A smile still playing about his lips, he said, “The Kraej Company owns all of the television, radio, and print media. They’ll never report anything we don’t want them to.”

“Eh?! If that’s true then why are there scandals about you guys all the freaking time?” I said.

“It’s all fake. Everyone knows it,” said Uriel.

“I don’t get it. Why do people buy the tabloids if they know it’s fake?”

“Just for a laugh. It’s entertainment.”

“Anyway, they won’t publish your name or photo if they see you with Seraphiel. Only fake scandals are reported.” Uriel chuckled.

“Okay, I guess,” I said. “But my association with you guys is a secret. You can’t tell anyone anything about me, ever. Agreed?”

They all nodded in agreement.

“I think you’ll like the room I’ve prepared for you,” said Seraphiel.

“I hope it has a washing machine since I’m all out of clean clothing,” I said.

“Me and Uriel can buy some clothes for you,” Sariel offered.

“I can do that,” protested Seraphiel.

“You’ll be too busy taking care of your angel to go out and shop,” said Sariel. He was rubbing his hands in anticipation. Oh my, he was too transparent. What was he planning to buy me? A clown costume? Bondage gear?

“Did I say one million credits each? I meant three million,” I said, teasingly. Sariel sputtered indignantly. We walked and rode onwards to Kraej City.

Now the reason why Sariel and Uriel were buying underwear has been revealed. By the way, the white dress Sariel bought was a little... 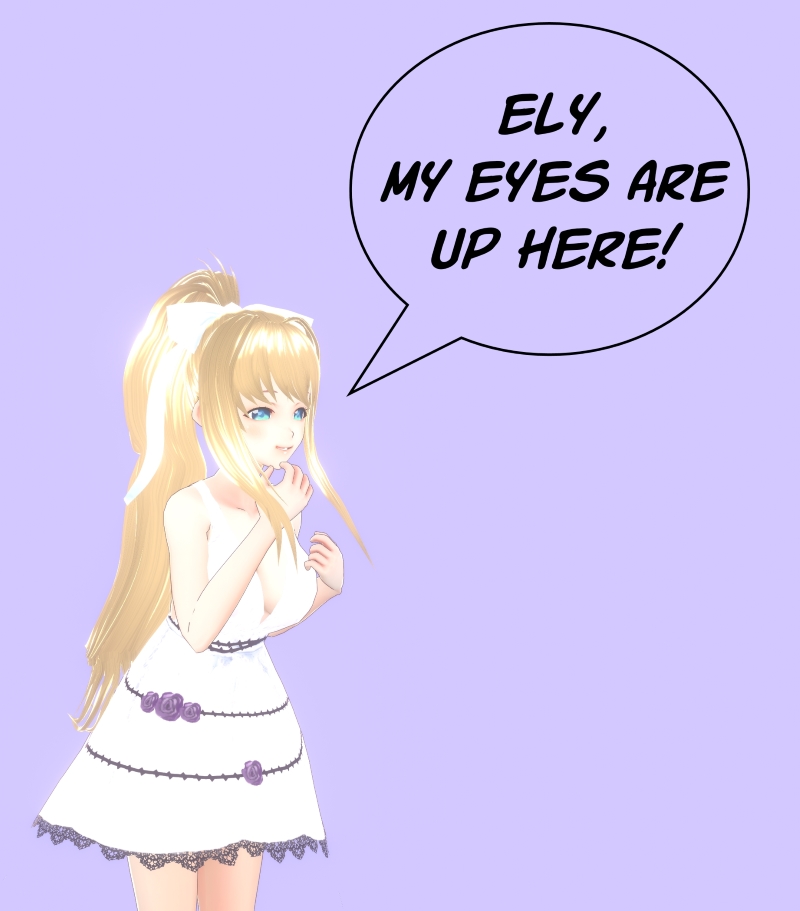