Iah lives!
—graffiti on a wall in Kraej City

The moment I laid eyes on her, I knew she was trouble. All of my internal alarms went off at once, warning me that she was dangerous.

It was just a routine cleanup mission. Monsters had escaped from one of the labs and I had been sent with a few rookies to clear them out of that sector. The monsters were low-level critters, nothing that posed any real threat to me or the rookies.

The only dangerous thing there was her. All of the civilians had supposedly been evacuated, but there she was, running the wrong way, deeper into the closed-off area instead of out to the safe zone. One of the rookies, the blond one, spotted her the same time that I did and shouted, “Run this way! Run to me!”

Of course, she tripped.

Electricity had been turned off in this sector to prevent accidents, but one of the few street lights that were working shone a spotlight down on her. Its light seemed to cling to her, making her white skin appear to glow with an otherworldly light.

She wasn’t just trouble, she was trouble that you couldn’t avoid.

The rookie and I were running towards her when the raurlea surrounded her. They were a plant-type monster that looked like spotted green and white mushrooms. Raurlea weren’t big, as monsters go, but the girl was so tiny that they looked gigantic by comparison. She shrank from the monsters as they towered menacingly over her.

At least she wasn’t screaming. The rookie and I reached her at the same time. She looked up at us and I saw that her large teary eyes were the deep blue of a summer sky. The girl wasn’t wearing makeup, but her lips were a luscious pink. Her facial features were as delicate and flawless as a porcelain doll’s. She had long, fluffy-looking golden blonde hair cascading down to her waist.

Yeah, she was trouble, alright.

“Bring her to the safe zone,” I ordered the rookie. “I’ll take care of these.”

The girl must have twisted her ankle because she couldn’t walk very well, but she did try to hobble off with the rookie. The rookie didn’t wait for me to order him to carry her. He quickly, I would even say eagerly, took her in his arms and ran off, leaving me to deal with the raurlea. I’m an A-class EL so it only took me a few minutes to get rid of them. It’s a good thing that I hurried because I found them in the middle of yet another group of monsters.

To my surprise, the girl had an artifact and she knew how to use it, too. Heal was one of the more difficult spells. Even in the military, only one in five had a high enough affinity to cast it. I couldn’t see a weapon, but she had a hand in her pocket where the artifact probably was. A green curtain of light descended on both of them, healing their wounds. The rookie was standing his ground, but he was clearly in need of my help.

I made short work of the monsters and said, “Follow me!”

I escorted them to the safe zone. She wasn’t limping anymore, but I had to stop several times to wait for them to catch up to me. Normal humans can’t match an EL’s speed.

The girl was wearing a modest blue dress. Well, it had been modest. I couldn’t help but notice that the skirt had been torn in such a way that I could see all of one leg up to her thigh when she ran. Also, the dress covered her to the neck, but she was quite fetchingly bouncy in the chest area.

I have a girlfriend who I worship, but a man can look, okay? There’s no harm in it.

The rookie had his arm around her waist, “helping” her run. If he knows what he’s doing, he’s gonna score for sure tonight.

“Thank you, thank you,” the girl said. Even her voice was like honey. I wasn’t standing that close to her, but ELs have enhanced senses so I could smell her sun-warmed honeysuckle scent. She was leaning heavily on the rookie’s arm, trembling like a scared little rabbit. It was adorable, really. Men tend to like that fragile sort of girl that makes you want to protect her from the world.

“Are you hurt anywhere?” the rookie asked her anxiously. He took his helmet off. Yeah, show her your dimples. Sure enough, the little girl visibly melted when he smiled down on her.

“No, I’m not hurt, thanks to you,” she said. She looked down at her dainty feet shyly.

Had I suddenly become invisible? I remembered the rookie’s name.

“She looks a little banged up. Oren, you’d better make sure she gets home safely,” I said. She was still trembling slightly and she had wrapped her arms around herself as though she was cold.

“Sir, thanks for saving me!” The girl finally noticed that I was there. Good to know that I hadn’t become invisible to females.

“It was nothing…” I said but she had already turned back to the rookie, asking him if he needed another heal. They were lost in their own little world.

Oren smiled at her foolishly, as though unaware of the danger. He was a country bumpkin who had arrived in the city a few days ago and enlisted right away. I happened to know that he didn’t have a girlfriend. I watched them conversing and standing very close to each other as he took his jacket off and draped it over her shoulders. Smooth move.

I walked away, shaking my head. I had work to do.

Oren was definitely in for a world of trouble. She isn’t the love ‘em and leave ‘em type. She’s the type that’ll hook her claws in deep, so deep you’ll never be able to get away. Naturally, I didn’t warn Oren about her. Anyone could see that he’d already fallen.

This is my first time to write a novel, and my personal goal is to have my story be read by as many people as possible. If you're willing to help me out, please consider rating and reviewing my story! Also, please don't forget to favorite the chapters that you like! That would help me a lot.

You can also help by leaving comments. I love those! Your comment doesn't have to be very long. I appreciate even a simple "thanks for the chapter."

Oh noes, a little girl needs to be rescued from monsters! 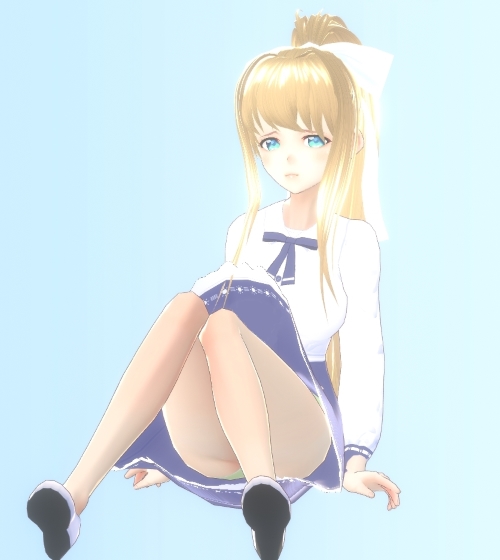