Back in the day, special skills were seen as a blessing given by the goddesses Iah and Elyon.
—by Kjeld Povlsen, “How to Learn a Special Skill Without Too Much Hassle,” Discover Monthly, vol. 15, no. 18

The cerneans proved to be easy hunting, and we spent a fruitful two hours harvesting ten anima cores. Some cerneans turned out to be resistant to electricity. The first time a monster shrugged off my bolt attack and charged at me with its head lowered and wickedly sharp horns at the ready, I accidentally fired off a bolt spell that was stronger than the ones I had been using. The cernean was blown back two feet by the force of my spell. Oren and Katja whooped in encouragement and attacked the cerean.

Oh well, this was a good opportunity for me to “level up” my ability in their eyes. As a newbie, it would have been strange for me to be too powerful, so I had been holding back, but it should be okay to learn how to cast better in a pinch.

“Bolt!” I put a little more anima into my spell this time. We made short work of that cernean and continued to hunt more of them until noon when Oren declared that it was time for lunch.

“What is this delicious thing? It’s crunchy, juicy, and spicy all at once,” said Katja.

“It’s just a croquette,” I said. “Minced eadive mushrooms with flour, onions, milk, and a little spice rolled into patties, covered in breadcrumbs then deep fried.”

It wasn’t the healthiest type of food, but it was cheap, easy to cook, and delicious.

“The last time Katja tried to cook something, we tried to use the ‘food’ as bait for the hupir traps, but even the hupir wouldn’t eat it,” said Oren.

The three of us had worked up an appetite and polished off the meal in no time. Oren insisted that I take off my boots and show him the state of my feet. They were bleeding a little.

I showed them the healed skin of my feet. Heal was an extremely convenient spell. I’d used it a lot on my solo trip from Lieceni to Kraej City.

“No. Skin is more delicate right after it's healed. We’d better go back to the city,” said Oren.

“We still have about an hour left before we need to leave. Why don’t the two of you continue hunting? I’ll rest here.”

“Are you sure?” asked Katja.

“It’s fine. I did a lot better than I thought I would. I never managed to hit anything when I trained back home,” I said. Those golden slimes back home had always bounced around faster than I could hit them.

“What? But you’re really good!” said Katja. She got up and stretched. She never liked to sit still if she could help it.

“That’s weird because I thought I sucked at combat.” I started putting away the lunch things.

“You don’t suck at all. In fact, you’re very talented,” said Oren. He helped me with the plates and cutlery.

Aw, how nice! The hero was clearly a boy who’d been brought up well by his parents. He wasn’t one of those dark and edgy types of heroes with a tragic backstory that were popular on Earth.

“What did you train on?” asked Katja.

“What?!” Katja, who had been stretching by touching the tips of her fingers to her toes, straightened up and turned to me in shock.

“Golden slimes. That’s what the other kids told me I should train on.”

Katja and Oren exchanged glances. Oren scratched his head and said, “They were joking. No one trains on slimes.”

“Huh? But they said slimes were perfect for beginners,” I said. That was a lie. No one had told me to train on slimes, but they were what players used to grind levels in “Tales of Vesterland” in the beginning part of the game.

They were? No one told me that. I couldn’t remember if they were like that in the game, too.

“Even if they weren’t resistant, they’re too small and fast for beginners to hit,” said Oren. “You want to practice on big, slow-moving targets first. Like the cernean.”

“No way! Cernean are too scary!” I said. “Slimes are harmless.”

Oren shook his head at my stubbornness. “It’s okay, you can train with us. You’ll get much better at bolt very soon.”

“Okay, you guys go and train some more while I rest,” I said.

Wow, so I actually didn’t suck at combat? That was good to know.

The two fighters went off to kill more cernean while I sat under the shade of a tree, content to watch the hero and his companion for the next hour. It would take five hours to get back home so Oren and Katja ended the monster hunt in the middle of the afternoon.

The trip back to the city was spent in pleasant conversation. We planned to make another monster hunting trip ten days later when all three of us had free time.

It was late evening when we parted at the same place we had met earlier that day. Oren had to rush back to the barracks in time for curfew.

“See you next Tuesday!” I said to Katja. I was planning to have lunch at the dinette as usual. “Bye, Oren!”

The three of us hugged and said our goodbyes, pockets bulging with credits. It wasn’t a lot, but it was the first time I’d earned money from monster hunting. As I walked home, I regretted the fact that I was too old to skip my way home to my apartment.

I thought that things were really looking up for me, but that was just the calm before the storm.

A black van screeched to a halt beside me on the sidewalk. Three large men in dark suits and sunglasses piled out of the van and surrounded me. Without a word, the biggest one grabbed me and pulled me into the van before I could protest. 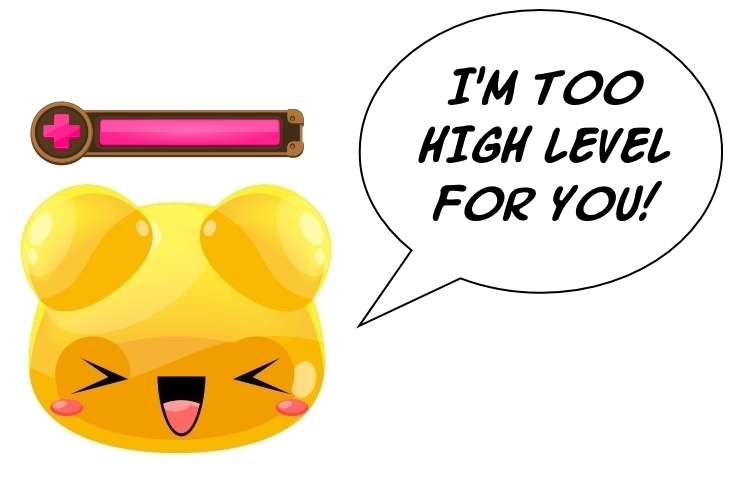