People were dying, and it was incredibly convenient.

Not their dying so much as how their deaths were rallying others.

Folk didn’t go around unarmed; that just wasn’t done. Even if it was just a boot knife, everyone had something to defend themselves with. The gnomes were running into some trouble on that account.

“Down!” I screamed, one hand wrapping around Clin’s neck before shoving him behind a seat.

Moving through the carriages had been a mistake. It funnelled us in with the other passengers in one of the seating cars. When a squad of gnomes burst through from the opposite entrance the only cover we had were some chairs.

I winced as red beams sliced through the air above me and someone’s terrified scream was cut off between one bang and the next. Some lucky bastard took a few shots, filling the air with greenish smoke as they returned fire.

The gnomes were better equipped. Repeating rifles, likely in 5mm. Shit rounds which wouldn’t pierce through even thick enough leather, but against a bunch of normal folk it didn’t matter any.

I pressed Clin down lower, then dropped to the floor. I could see a few bodies slumped ahead, and some folk huddled on the ground. And, at the far end, the black-booted feet of the gnomes.

Laying myself flat, I brought my arm out, revolver in hand, and took my time aiming. I couldn’t afford to be distracted by the screaming and the echoing gunfire from the gnomes and passengers.

I bit my lower lip, closed one eye, and fired.

The gnome I hit crashed to the floor with a scream muffled by his mask, his leg a charred mess now that it was missing its calf.

The others might be able to trace the golden light from my revolver, but it passed under the benches, and there was plenty keeping them occupied.

I turned my aim to the next, pulled back the hammer, and fired again, then again.

Gnomes needed their legs just as much as anyone else.

“You bastards!” someone screamed. With a couple of them down, the tide turned, and some of the braver passengers rushed ahead.

I pulled myself out from under the bench while the gnomes reaped what they’d sown.

I glanced over, making sure that none of them were alive enough to cause trouble, then I helped Clin to his feet before walking to the front and shouldering my way past a man with bloodied fists.

Kneeling next to one of the gnomes, I tore the mask off his face and stared. Young. Not an adolescent or anything, but not an adult either, at least not by my reckoning of gnome’s age. If he was human I’d guess him to be between seventeen and eighteen. “They’re sending children?” I asked.

“The Shadow Kingdom has mandatory national service,” Clin said. He was looking a little pale.

I tore the rifle out of the soldier’s hands. No matter how young, he’d managed to fire at a room full of normal folk. “Let’s keep moving,” I said as I shouldered the gun. It was a drum-fed piece of junk, with a handle at the front under the barrel and a crank set into the side. Terrible for aiming, but they made up for that with rate of fire.

We reached the back of the car and I gestured to the side. “We can’t count on having others drawing fire away from us forever,” I said.

The folk behind us were tending to the injured, or finding weapons where they could. None of them seemed eager to leave the carriage and brave the dark.

These were people that had lived in cities and towns their whole lives, with walls between them and the creatures that made the desert their home. They’d need to be a whole lot braver to step outside.

The gnomes hadn’t closed the door at the back. I leaned out quickly and glanced around, then pulled back. I hadn’t seen anything.

“Are we moving to the next car?” Clin asked.

Clin nodded, his pitiful handgun raised and held in both hands, as if it needed two hands.

“Elves don’t see that much better than humans,” he hissed.

“Then use your elf mouth’s ability to shut up,” I hissed before jumping down. My boots thumped into the sand around the tracks and I lowered myself into a crouch, crank-gun tucked into my shoulder as I looked around.

There were plenty of red flashes by the front of the train, and the occasional spark of some other colour as people fought back, but I figured that wouldn’t last long.

The gnomes had mechs, they had better armaments, and for all that some of them were likely young and stupid, they had some training. Against a trainful of recently-awakened civilians with nothing bigger than a handgun, there was no way anyone was making it out of here alive.

Which was a problem, because I was included in that ‘anyone’ and I wasn’t keen on dying with only half a night’s sleep in me.

Clin landed with a crunch next to me, then knelt down and turned his head this way and that.

I pointed to the back of the train, and saw his head bob up and down by the light pouring out of the passenger car.

I started moving, not a jog or a run, but a quick lurching step that kept my shoulders even and my torso twisted so that I could aim ahead.

The train had buckled on getting derailed, the cars jack-knifing so that they zig-zagged out of their straight alignment. It meant that we’d either need to stick close to the train, or go around. The sand here was loose, the sort of wind-swept sand that tended to appear where there were few barriers.

The passenger cars were just behind the engineering section where fuel was stored and where the train’s crew stayed, placing us near the front-middle of the train. Rusty was near the rear, somewhere with all the cargo wagons.

I slowed down, then reached back and pressed a hand against Clin’s chest to stop him too. There were others out there with us, their footsteps crunching against the sand.

I dropped down and aimed under the car. Gnomes weren’t tall, but they were tall enough that I could only see them from the hip-down. Was I going to pull the same trick twice?

As long as it worked.

Five sets of feet were moving by at a decent pace, walking with their backs straight. Overconfident.

I cranked the rifle’s trigger mechanism and felt it kick back as the first round shot out. It went wide, red beam scything past the gnomes’ little formation. I adjusted, before they’d really figured it out, and fired a second shot on the backswing of the crank.

I grit my teeth and wondered which ergonomically-challenged fidiot designed this gun as I fired faster and faster at the squat gnomes, rifle rattling with every bullet shot. At least the calibre was pitiful enough that I didn’t have to deal with much recoil.

The gun stopped firing. Out of ammo, or something broke. I didn’t feel like wasting time figuring it out. “Go!” I shouted to Clin before flinging the gun down onto the sand and taking off. The elf kept up easily enough.

That was at least two or three gnomes down, but I didn’t know what fraction that represented.

If they were sending younger, less experienced soldiers out, did that mean they expected it to be a cakewalk, or were they sent because they were expendable?

Taking out the Sandpiercer was an act of war, there was no disguising that. Why send out inexperienced troops... unless the veterans were needed elsewhere?

Clin and I reached the next connection and I jumped up, then turned to help Clin up. No passage through this car, it was all cargo, but there was a ladder leading to the top. I grabbed onto it and pulled myself up, Clin following just behind.

I could hear gnomes shouting orders, and another screaming out.

Hard to feel pity when his screams were mixing with that of the passengers that were still alive. Clin and I ran across the tin roof of the cargo car. There was no being stealthy here.

It didn’t matter. I recognized the next car, a big one, with tin sides and no roof. We jumped across, and with arms outstretched for balance, I reached the middle of the car.

Rusty’s head was visible, a cloth-covered silhouette poking above the rest. I could recognize my old friend regardless. We’d need to undo some chains, cut some ties.

And then I was going to see if the gnomes liked fighting on an even playing field really soon.

Are You Entertained?
Also... 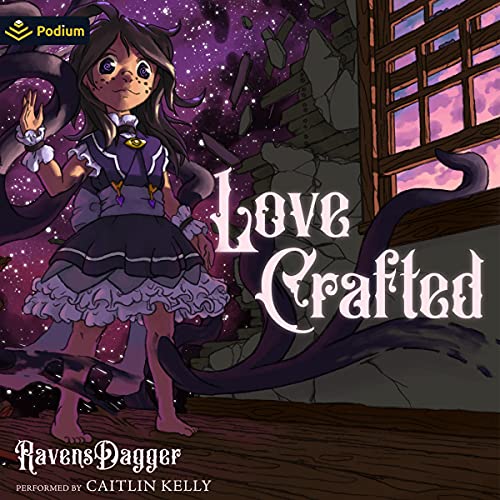 The following books are available as paperbacks (and as Ebooks) on Amazon. Oh, and there’s an awesome audiobook for Cinnamon Bun Volume One and Two!