By the way, I'm setting up a new Discord server for TVE and ALW: https://discord.gg/wfZNnHnjnC

Slowly, my eyelids opened as a beautiful cherry blossom tree that stretched beyond the skies came to view. Fluttering were the leaves as the melodic sound of a koto being played resounded throughout the space, causing the grass to dance along with its melody.

I looked around confused; no presence could be felt near me yet the sound of the koto continued to echo as if it was coming from the tree itself. After several more inspections, I looked at the tree with a serious gaze.

The hard sounds of my chest beating could be heard as my foot took a step forward, plunging itself on the dry soil. A loud chaotic sound suddenly exploded from the tree, disabling my ears for a split second as the koto suddenly started speeding up.

It was like I was listening to one of those battle music, I looked around but couldn’t feel any presence again and frowned my eyebrows before taking another step as the same phenomenon occurred again but this time, the intensity of the chaotic sound was far greater.

A loud ringing sound covered my ears for ten seconds before the sound of the koto returned but another notch in speed which kind of confirmed my thought that this either is a boss fight or some sort of trial.

“If you are going to play that game, then I won’t move a single inch…” I sighed.

As if triggered by my statement, a loud chaotic sound exploded from the tree again but this time, my body was blasted backward at a super high speed which made both of my eyes widen from the surprise as an angry voice roared: “Thee intruder dares to argue?!”

“Intruder your face, where the heck is this?” I looked around confused before a bright blinding light shone from the tree, dimming before the figure of a long-haired girl with beautiful, silky black hair came to sight.

Holding on her arms was a koto; her blue eyes that resembled jewels looked down on me as tense pressure came running towards me, knocking me to my knees as ten golden spears appeared around her like a halo… as if that wasn’t enough, two beautiful white wings appeared from the back of her kimono.

“Thee perhaps a divine?” she looked at me confused.

“What do you mean divine?” I was even more confused than her, “Where is this place and how can I leave this place?!”

“Thee shalt explain who is thee?” her voice echoed as the pressure intensified, knocking me head-on to the ground.

The shock from the pressure caused my sight to turn crazy; my heart was almost as if having a heart attack or a cardiac arrest. It was suffocating to breathe on, my hands were clinging onto the ground, wishing to clench onto my chest.

Amidst the pressure, a loud familiar voice suddenly intervened: “Great Divine Goddess, please forgive my fellow person! She was transferred to your land by accident!”

The voice sounded like that idiotic male god which made me flinch a bit as his voice was clearly telling me that he was far inferior to this person who I might have just offended… sweat beads dripped from my forehead as the pressure suddenly vanished.

I looked up before the red moon and the skies vanished, the cherry blossom turned back to normal and the lady was standing a few inches away from me, holding her koto as she looked at her left with a tilt, “Thee isn’t an intruder?”

She looked adorable in that position, her eyes were filled with innocence as she frowned her cute little brows… I was a bit taken aback by the cuteness that was being radiated, it was almost like a child that was in front of me.

“Yes, she isn’t an enemy!” a figure appeared from where she was looking with a white cloth as his clothes and the familiar golden hair of his, he looked at me with a sigh of relief before bowing down to the lady in front of me, “I apologize if my person has offended you in any way, dearest Divine Goddess!”

The lady looked at me for a second before lowering herself as she reached a hand towards me, “My apologies for my mistake, is thee perhaps a divine?”

“What is a divine?” I looked at the idiot god.

“Well—A divine is an entity similar to us but not like us, they have powers that could rival us but with a limited lifespan. In fact, you should reply with a yes unless you want to die from her… well, not that you are even lying since the full extent of the powers you receive basically turned you into a divine,” his voice echoed in my mind.

In other words, a divine is a demigod… I see but hearing that last part makes me a bit worried, also how the heck did I arrive in possibly one of the strongest deities’ room or island…?! I had a lot of questions to ask but I held myself back as I looked at the lady before standing up as formally as I could.

I understood from the old days that in times like these, you have to act as formally and pleasant as possible to the other party. Bowing down a bit before replying, “Pleased to meet you, dear Divine Goddess. I apologies for earlier… I am indeed a divine, do you perhaps need anything from me?” with a carefully crafted smile.

She looked at me and tilted her head a bit before shaking them as she replied, “Thee is amusing, thee smells like a vampirie but feels like a humana. Thee’s luck is greater than any have seen, yet thee’s bad luck is denser than any…”

I was a little bit taken aback; the sensation of my entire self being inspected crept up to me. It was like she was seeing me not just from the present but in the past and also in the future, my privacy was as if non-existent as her eyes continued to look into mine.

Her words were even more concerning, especially that last part—my luck is greater than any that she has seen but my bad luck is extremely dense?! What does that mean…?! As if to add to the craziness, her cheeks blushed only for her eyes to widen as she giggled, “Thee is lucky… Elveria girl near thee offsets all bad luck of thee.”

“But thee should watch out for humana male, otherwise a world of deep chaos shall bury your fate,” she looked at me seriously as the idiot god suddenly intervened and bowed down several times.

“Thank you for looking into the fate of my person, dear Divine Goddess! We shall take our leave now!” he said in a hurry as sweat beads dripped from his forehead, the lady looked at us with a smile as she reached her hand towards my head before a warm sensation covered my body.

“Thee has my blessings,” she spoke before the entire surroundings changed to a beautiful white palace as the idiot god could be seen standing there with sweat dripping from his forehead.

He looked at me with a bitter smile, “Who would have thought you’d arrive on the strongest deity’s dimension?! What the heck were you doing… I pray that you didn’t do anything to offend her otherwise we’d both be dead…”

I showed a little bit of a wry smile before changing the topic, “Anyway, what happened to me… why the heck did I suddenly collapse after eating that pie?!”

“You want to ask me, what the heck do you think of me?! You literally ate a pie that boosted your mana by ten percent, your body literally couldn’t contain that mana and had to release it in some way since your natural mana capacity after receiving all those blessings was already at your body’s limit! Well, scrap that! It’s better than aphrodisiac from that demoness…” he shouted with a sigh.

“Also, I’d like to remind you that another part of the issue is because you haven’t drank a single drip of blood in months now which made your body weaker than usual. If you don’t drink blood at any moment soon, then don’t blame me if you go on a random rampage.”

Right… it’s almost that time of the year where I have to drink at least a sip of blood. I don’t know yet where to get blood supply but I’ll probably figure it out in time.

Flicking his fingers, he returned back to his normal shirt-less clothing as he summoned a sofa and sat there with a sigh, “Anyway, while you are here… I might take the time to explain to you about all the blessings you received from that exploit…”

Yes, everyone who answered because she didn't drink any blood for awhile is technically correct but it wasn't the main reason. Aya mentioned before that she doesn't have to drink blood every moment but rather at a specified time every year (I forgot which chapter it was mentioned).

Also, for all you LitRPG tomatoes out there, be ready for the first statistic window is going to pop up next chapter!

By the way, the Divine Goddess is incredibly beautiful >smug< but since I don't have any bucks and reason so far to commission an official illustration, here is a photo from Google which kind of matches (at least is close to) what was inside my head (but with blue eyes): 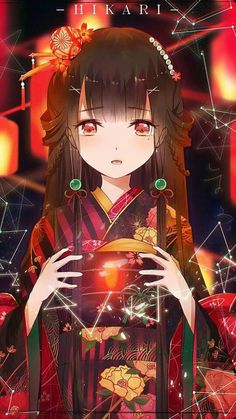 The Vampire Empress
Oldest | Recent
Search
Your changes has been saved.
Action Required