“I don’t know if this will be enough,” I say while a monster crawls out of a dark pool. It’s nothing too special. A large scorpion monster, with big claws and a bigger stinger. The stinger has a bit of a scoop shape beneath it which can be used as a cup to hold onto a decently big rock.

The idea is that these scorpion monsters can fling those rocks ahead of them pretty darned hard. They’ll give the monsters we’ve gathered a ranged option.

That’s one of the bigger problems with monster armies. They tend to be very much focused on close-range attacks with overwhelming numbers. It can work, but only if the adversary isn’t prepared.

The attack on Vizeda is a good example of why monster waves can fail. The defenders were heavily outnumbered, but they had walls and a few cultivators and they had ranged options. I don’t want to repeat the same mistake that that monster horde did, that’s why I’m making so many ranged attackers and flying monsters. If we need to fight, we’ll overwhelm from multiple directions.

Esme looks up from her notepad and glances around. The clearing we’re in is kind of awkwardly shaped. There’s not much room, but it’s the space with the biggest dark pool we found. “Is that the last one?” she asks.

“How much time do we have left?” I ask. I’m a little tired. Making monsters isn’t too hard, but it’s still a whole process. I’ve been doing nothing but focusing and working with my own soul to craft monsters for a few hours. I’ve done it before, but usually it’s at home, with copious breaks and a comfy chair to sit on while I dip one foot into the huge pool in the basement.

“I don’t think we have much time at all, it’s approaching noon now,” Esme says. “Bianca is done preparing the lunch for everyone, and Felix has made a tent in a clearing next to the road.”

“She convinced a dozen monsters to help her. They laid down rocks and flattened them down, then she got some of the smaller monsters to hold up some blankets. It looks alright.”

“That’s not much,” I say. It’s a good number of monsters to fight one or two middling cultivators, but if it was me and my friends fighting them, that number of monsters wouldn’t be a huge threat. Scary, sure, and we might be injured, but I’m pretty sure we’d come out of that fight alive.

“We could put it off, try something else,” Esme says. “We have about twice as many natural monsters that wandered into the area too. It’s a decent number, but I don’t know if it’ll be enough to intimidate some Templars.”

I rub at my chin. “We’ll have to play it smart. I don’t know if we can pull off this plan tomorrow instead of today. Even waiting until tonight might be too much. Have the Templars moved?”

“They’re halfway here,” Esme says. “They should be passing the area where Felix set up the tent in about an hour.”

Sighing, I stand up, shake off the black tar from my hand, then stretch my legs out. My knees are all dirty too. Annoying. “Well, we’ll work with what we have. Did you write the letter?”

Esme nods and after shuffling through her things pulls out a letter. I pinch it, then unfold the paper. It’s nice and thick paper stock, with a watermark worked into the page that has Semper’s symbol on it.

Our mistress is also curious about your presence in this area. There is an outbreak of undead forces, led by Altum and his priests, which is of great concern to our mistress. We cannot suffer the undead to continue to pillage and destroy the temples of other gods. Nor does our mistress appreciate the lies that Altum’s people have spread about monster-kind and the Dark Goddess.

If it would please you, we cordially invite you for a light tea and refreshments. You will find the pavilion for such down the very road you are travelling.

As your hosts to this event, we politely ask that you leave your weapons behind and allow us to extend guest rights to a few of your members so that we may discuss these events more directly.

First Princess of the Land of Monsters

I note the spot where my name should go, and Esme passes me a pen then holds her notepad out so that I can use it as a writing surface. I pinch my tongue between my teeth and sign my name with a flourish. Valeria Malvada. “There you go. I think that’s going to work. Your handwriting is real pretty.”

Esme flushes, then turns away, her bushy hair serving to hide the bit of redness clinging to her ears. “Yes, well, my job requires that I take a lot of notes and write a lot, so of course my handwriting should be functional. Now. How do you want to deliver this?”

“Hmm, maybe we can send it via monster? Or Felix can wait on the road to deliver it?”

She shakes her head. “Too dangerous. You don’t know how Heroe’s people will react. It’ll be best to send something more expendable.”

“Oh, I have an idea,” I say. “I need a few flying monsters to head out and find some undead. We can pin the letter to a corpse and drop it in front of their formation.”

“Where are we going to find an undead?” Esme asks.

“There has to be some around here,” I say.

Esme shrugs. “We might not have time. Just send in a scary-looking monster with the letter in its mouth.”

“What if they just kill it and get the letter all dirtied up?” I ask before shaking my head. “No, I have a better idea.” I dip a hand into the dark pool again and create a little friend. It’s just a wee little beetle monster, about the size of a closed fist. “Repeat after me: Hello Esme.”

“There you go,” I say. “We can have one of the small wyverns fly over, land in front of the group and this cute little fellow can tell them that they have a message for their leader. Easy as pie.”

Esme doesn’t protest. “I haven’t gotten a tally of the wild monsters joining us. I should get on that.”

“Alright, I’ll set things up here and send the wyvern on its way. By the way, where’s that tent Felix set up?

Esme guides me over to where Bianca and Felix are waiting. Felix has managed to prepare an area next to the road for our guests. Big rocks, sliced apart by wind magic, form the floor. They’ve been stamped down into the ground, with some smaller gravel placed between them. I don’t know how she managed to make it look okay with only a few hours to work.

All of our blankets have been taken and are being held up by spider-monsters atop a few long poles planted in the ground.

We don’t have chairs, but Felix and Bianca are both sitting up against a pair of fuzzy monster bears while a panther-monster purrs pleasantly off to one side next to tea set on a stone that’s serving as a table.

It’s all rather rustic, but very functional. “I didn’t know you had an eye for decorations,” I say.

“More of a sense for it,” Felix says. “Once you’ve banged your shins on enough tables and chairs you learn to tell how a room should be laid out. There’s this... sense to things, you know?”

“I like it,” I say. There’s a big rock to the back that I guess is meant to be my seat. Two monster wolves are laying down on either side of it, head on their forepaws and tails crossed behind them to form the back of a sort of throne. I plop myself down, then wiggle in place. Maybe I have time to make a cushion monster?

“I wonder what the Templars will think of all of this,” Bianca says.

“Mom always said that the best way to get what you want with the least effort is to make sure that everyone is terrified of what would happen if you don’t get what you want,” I say. “Should we get more monsters? Maybe we can have them all waiting in the woods, as if they’re trying to hide but are doing a poor job of it?”

“Oh, that’s a good idea,” Felix says. “And we need a bunch of flying monsters circling overhead. Like vultures or something.”

I nod. It’s a lot of effort, but getting the ambience just right for a peace talk is important work.

Sporemageddon's print version is out! 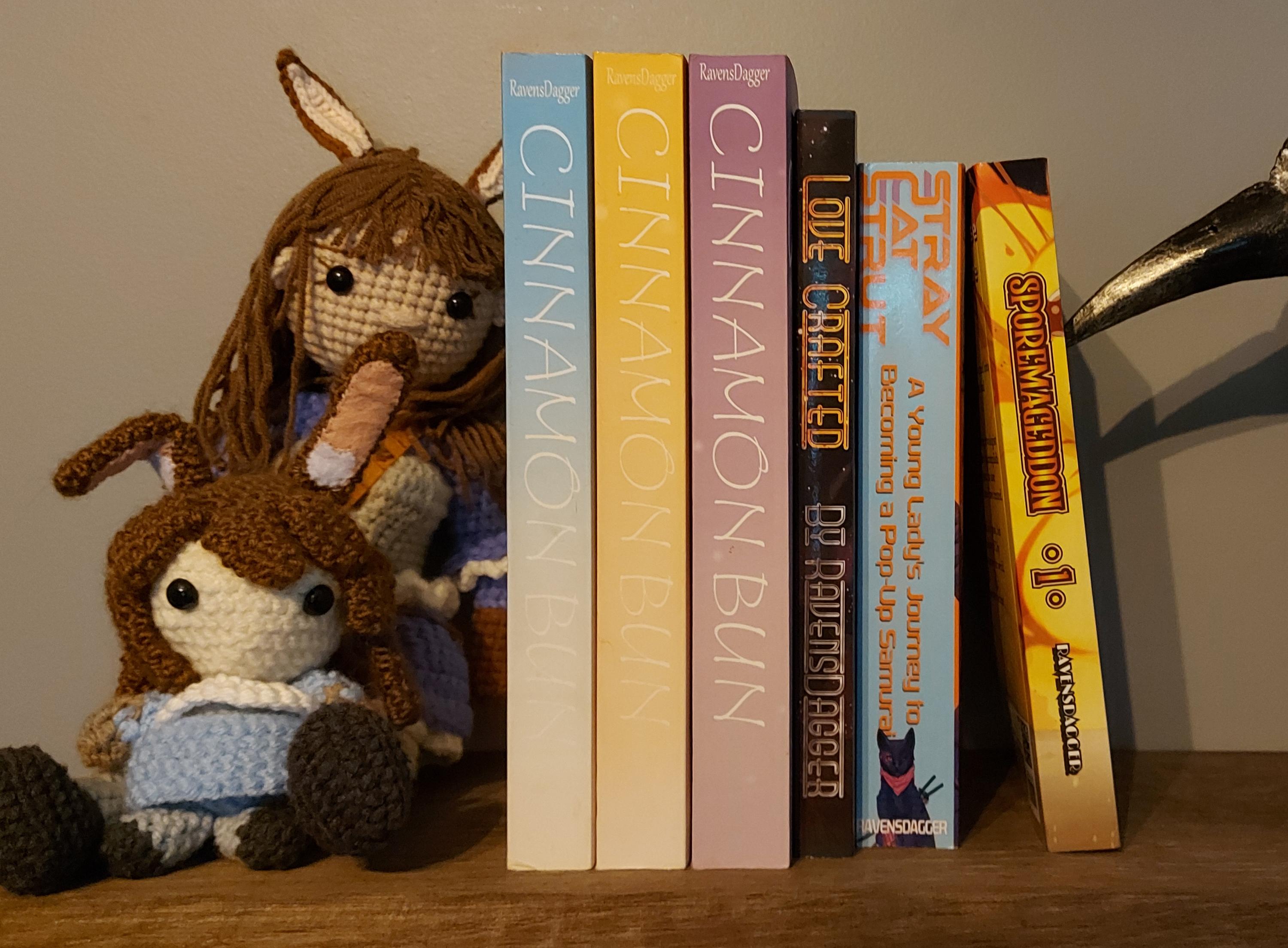 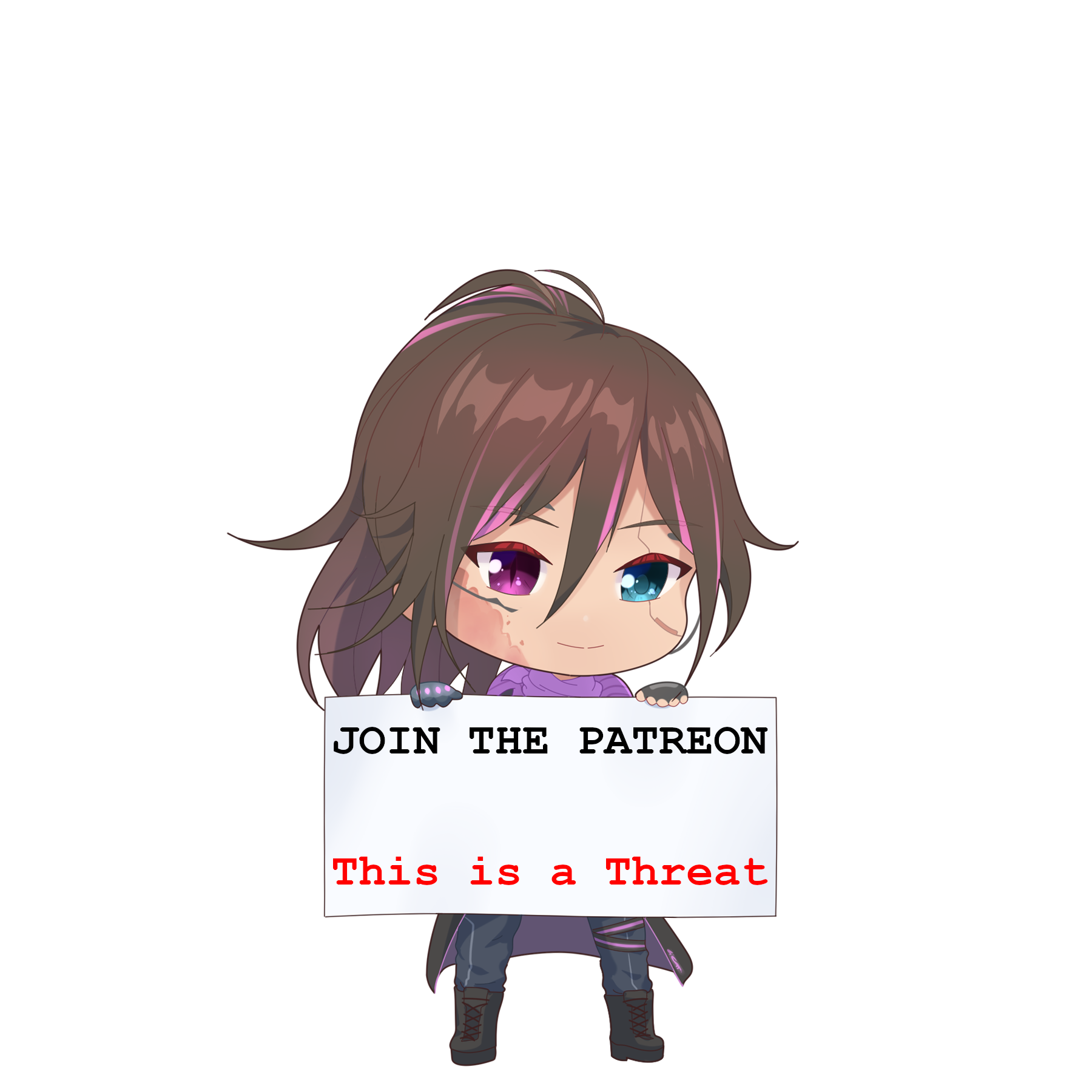