I put one hand to my ear, cupping it around my sendjewel. "Ace, Leesh, you're both on the line, right?" I ask.

And I'm pretty sure I've heard the name Ace before, but I can't tell from where, and it's irritating the hell out of me. Something that Jules does?

I see Alesha nod as she strides toward us, as fast as her full metal cuirass allows. "I hear you," she says. "Ace?"

"Here. Do we have a plan besides 'let the colorful jellyfish cuddle us?'" Ace hefts her maul, holding it like a baseball bat.

Which I'm pretty sure isn't how you hold a warmaul.  She doesn't look balanced - she looks like she's having trouble keeping it still.

I sigh. My head hurts and I'm drawing a blank on what to do -

- but that doesn't matter, because I'm smart enough to know there's someone smarter than me at our side.

"Do not," Leesh responds, without malice but in dead earnest. "Ace, how are you specced?"

"What?" My fellow Vulpecian wrinkles her nose and loosens up in place. "Uh, build's Vig-Agi, Crisis, Reckless Attack -"

"Berzerker," all three of us say at once, my heart sinking. She's a newbie and she went lolzerker, she grabbed All The Aggro and if I hadn't come along would proceed to tank the floor - and maybe -

But I can't think about that. Time to focus on the fight.

"Okay. Hit and fade. Haste Ace, then both of you break through their line and get to where I can tank. It'll take some heavy Breathwork but with any luck, two physical DPS against three trash mob casters will be over quick enough to make it work. Understood?"

Ace nods at her instead of answering yes, and I wince, and say "Yes, Ma'am" for the both of us.

I move a second before Ace does by mutual unspoken agreement, incanting dog-Latin as I press my hand against Ace's bare back on the way past.  Breath - magical power - coils from my mouth down my arm and into her, currents of wind swirling around her feet.  My hand slips away and curls into a fist.

I throw myself not at the jellyfish but past them, slashing wide with my glaive with each broad stride, windmilling sweeping strikes that catch and rake with each powerful, disciplined swing; I land behind them and close enough to Alesha that by the time they counterattack she'll have her shield up -

No, one tries to shock me but I pivot in place, wheel my hand around in a combination of an outside block and a mudra of negation, sweeping aside the crackling lightning it instinctively casts at me -

- and see Ace, snarling, sweeping with the head of her warmaul as she rushes past and through them after me.

Missing all of them but the one that attacked me, because of course she did.

But that one gets splattered, and it's insides flung into the sand, as she skids to a stop behind the formation.

She clutches her wounded belly and swears.

"FUCK ME! I'm on the free trial, why did I BUY THIS STUPID DLC ARMOR?"

In that distracted moment, the survivors rear up their stinger-tentacles to send lightning coursing towards her. One bolt catches her; and she grunts and crouches, and I smell burnt fur.

The other slides up and over Alesha's tower shield as she rams the thing with it, moments before the offending creature splatters against it's rim. Alesha draws her sword, clashes it against her shield, and steps back to better cover us.

"Comes with the shining armor," she replies.

Then, turning back: "Ace, do you need healing or do you want to go Critical for this?"

Ace blinks those overlarge lashes before thinking to stammer a reply to the woman that saved the both of us a lot of pain.

I roll my neck and wonder where I heard her talking before - and realize, belatedly, that it was on Jules' laptop.

"Oh," you say hopefully not out loud.

I lean forward in anticipation -

- It takes me a moment to realize what happened, especially because my eyes involuntarily closed at the flash. But the heat and the blastwave makes it clear after the fact that there was some kind of fiery explosion.

The floating jellyfish, caught in the middle of the blast, immediately curls up and inward, falling to the ground, as someone limps by.

Someone short, with a hat half his height. 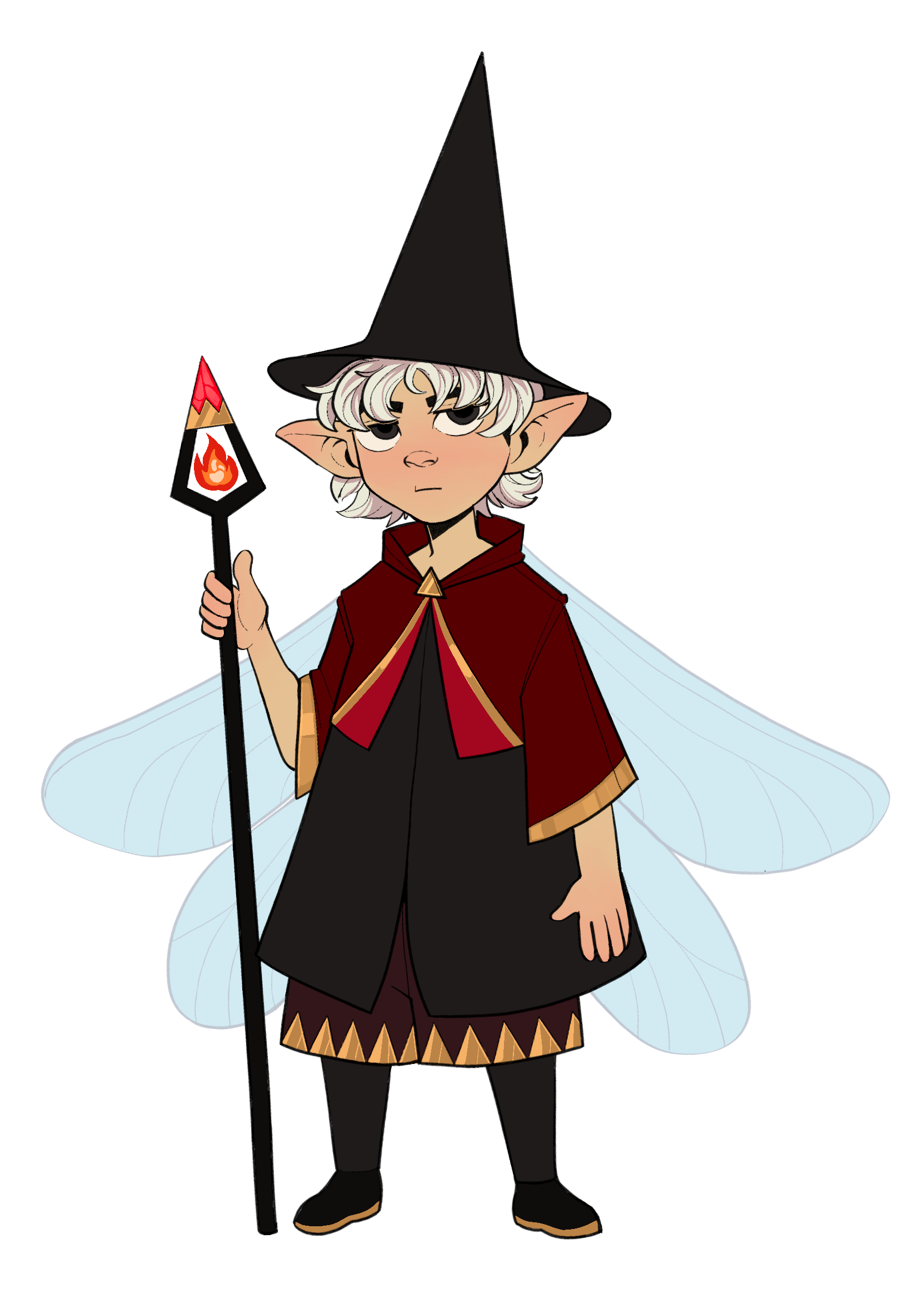 "I hate all the damned slimes, oozes, and jellies in this game," Hikaru manages to gasp.

Right before I close the distance to him, and crouch to support him so he doesn't fall over.

Art of Hikaru is also by Bedsafely on Twitter.

Also, I apologize for some of the tense errors; my first draft of this was a second-person CYOA on Sufficient Velocity and I'm editing to a first person narrative.  I always appreciate folks privately pointing these mistakes out!

23
Support Isekai/Online V. 1.0: Reborn On The Shores Of Awakening