There was one other thing I had in the works. I briefly alluded to this back in the author's note from when we got to 500 readers, and said that when it was ready I would go ahead and release it right away. If you opened the spoilers in my most recent two author's comments, than you may already know what this is, since those had the WIP versions.

I found an artist that had quality I was satisfied with and a price point I could afford, and commissioned a cover for the series from them. 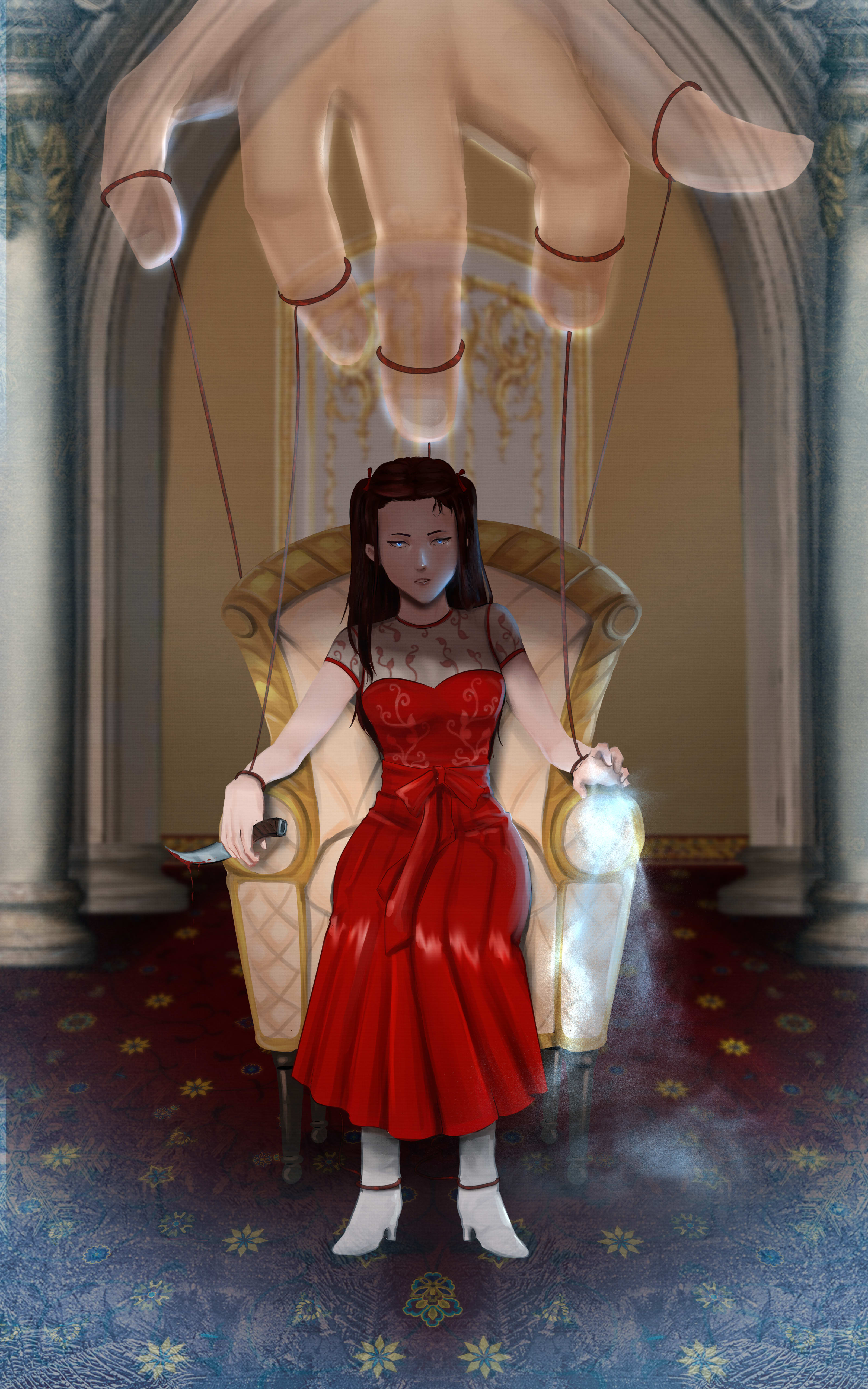 Cover character is an Adult Stahlia, about what she would have looked like in the 1-2 character creator window, only clothed. Going forward, I plan on getting a series of character arts made, and some line art inserts. Writing is my only hobby, and I am blessed with a job that covers my bills and a little extra, so I can afford to direct a bit of my disposable income into stuff like this.

In the comments, if you could put any specific scenes you think would make for a good insert, it would be much appreciated. There is also a poll with a bunch of characters on it. This is for me to gauge which characters people would most like to see the character arts of.

Lastly, with future commissions, I will not be making full chapter announcements like this. I just figured that the first one, and the fact that its a cover, warranted something special. Going forward, new art will be stuck in an authors note at the end of the next chapter to come out after I receive it, while inserts will additionally be placed in the relevant chapter and section.

Art was commissioned from Udaraindunil, through their Fiverr gig. https://www.fiverr.com/udaraindunil

Character Popularity
Total voters: 88 · This poll was closed on Dec 29, 2021 07:58 AM.
86
Support Tricked Into A NewLife, God Must Be Screwing With Me!
Ko-fi
PreviousIndexNext
Report Comment
Cancel
Permalink for Comment #
Delete Comment
\
Reported Message in Quotes