Later on, after school.

Rimu who left the classroom, immediately walked to the Sports Building. And of course, she entered the Karate Club's training room. Inside, she met many of her clubmates who greeted her with a smile.

She only joined for a short time, but for some reason everyone seemed to know her name. Moreover, they treated her kindly even though she never bothered to interact with them, much less remember each of their names.

Rimu only concentrated on her training, while occasionally spreading out lovely smiles to other club members. And then during sparring time, she only said "Good luck"  to the participants from the audience seats. She did not even participate.

'Heh, look and behold! This is the power of loli!'

Once again, Rimu realized the importance of cuteness.

So, to uphold this justice, every human should uphold cuteness as well!

Club training takes place every weekday, and members are only required to attend twice a week.

As for other days, they are allowed to choose, either to attend club training or do "self-training" at home. There is no penalty for choosing the latter option. Of course, both choices will lead to different results.

Self-training is just a nice-sounding word for "No-training". Its just like "Self-study", with no teacher supervising what they do. Students can just lazily take a nap in bed and no one will care. Most of the club members who join for fun and don't want to endure the hardship will choose this option.

Their progress will obviously differ, and their performance as well as strength would be clear for all to see. Only members who endure the pain and prevail at the top can become true elites. These elites enjoy various benefits, such as scholarships, recommendations from the school, etc.

Meanwhile, those good-for-nothing non-elites who skip their training can only become cannon fodder. The only reason they are kept in the club is because their parents pays the tuition. They aren't be able to accomplish much and can only be treated as cash cow.

'To think I have to consider full attendance... The road of loli truly is full of hardship!'

Rimu's schedule for attending the club originally was just only Monday and Thursday. At first, she just joined the club for convenience, because she needed a workout to maintain her loli body, and the Karate club was just there by chance.

But now, she had to renew her thinking.

'I have no choice... Nia seems to want to fatten me up, I need to increase my workout!'

Arriving in the training room, Rimu remembered she did not bring her Karate uniform. She wanted to ask Kyoko to borrow a spare uniform, but unfortunately, she was absent.

Without much choice, Rimu could only ask Fumino.

"Sorry Fumino, but can I borrow a spare Karate uniform?"

"A spare uniform? Sure, just take it from that locker."

So she said as she walked to the changing room and pointed to a locker. Rimu immediately followed her and wore the spare uniform inside. Then, she practiced by herself according to Kyoko's training instructions.

Rather, it was the fact Rimu voluntarily choose to train that made Fumino impressed.

"Such diligence... Although her foundation is not good, she is willing to make an effort."

The effort to take a step forward... Unlike the girl's detestable twin brother.

Remembering that person, Fumino could only swallow her displeasure.

'Just because he is a genius, he became arrogant. Moreover, quitting the club while he's ahead... Despicable!'

Sighing to herself, Fumino walked away and gathered with the other members to do their own training. Rimu's training menu was personally tailored by Kyoko and was fundamentally different from the others, so she did not have to follow it.

And so, for the next one and half hours, Rimu spent her time at Karate Club.

Arriving at home, Rimu took a deep breath. Riku greeted her on the way to the kitchen.

Rimu replied with a shrug.

Facing Rimu's cold statement, Riku didn't reply and continued to follow her up to the dining room. Rimu took out a drink from the fridge in the kitchen and gulped it down.

Rimu felt refreshed when cold water entered her throat. At that instant, the fatigue from the exercise seemed to subside, replaced by coolness. Even the sweat on her body now made a cool feeling on her skin.

From the dining table, Riku only observed his sister quietly.

"Of course I know the Karate Club, I was a former member there. Though, I wasn't there for long."

As she returned the drink to the fridge, Rimu listened curiously to Riku's words.

"Now that you mention it, that's true... But, why did you quit? I heard a lot of praise about you though."

Riku seems hesitant to answer Rimu's question. He was flustered and became awkward as if this was something he did not want to talk about. Realizing this, Rimu's eyes glimmered with excitement.

It was rare to see Riku getting all flustered like this. With a grin, she approached Riku teasingly.

"Oh what's this, mai brader? Why do you look so awkward? Is the reason something that makes you feel guilty?"

Rimu's action slightly surprised him a bit, but he quickly regained his calm. But, it's just that he was too embarrassed to say the reason.

Of course, Rimu continued to pester and question regardless of what Riku thought.

"So what is it? Was it because you're couldn't endure the training as Fumino said?"

He then recalled his days when he joined that club.

At first, it was okay. Everyone was kind and the training went smooth.

Using his photographic memory, he quickly memorized all the basic kihon demonstrated by the instructor. With Kyoko supervising him, he rapidly digested all that knowledge into the technique. And then, all that was left was to improve his body. But that was something he could practice silently at home.

He obtained a tai-chi and yoga training method from Kyoko and practiced them during his spare time. Not only that, but on Kyoko's advice he also used the training gibs. Though, now he could't use it because it was Karate Club's property.

There was no need to attend the club training any longer.

All the techniques have been learned. He was never interested in competitions or belt colors. But at least, he should have just attended the obligatory two times a week club training. Other days could be used for other things.

But who knows that this action seemed to have made someone angry.

"There was a scary girl in the club that was always pestering me to spar. Her face always showed anger, like wearing a Hannya mask. It's as if I did something wrong to her..."

Riku couldn't understand the reason why the girl seemed to hate him.

Did he ever eaten her family's rice?

But in the end, he accepted her challenge and sparred with her. Again, again, and again...

"No matter how many times I beat her, she always challenged me again and again... She was like a zombie!"

Remembering that certain girl made him get goosebumps.

Because of this, he decided to just leave the battlefield and went to soccer instead. At least, it was still a sport that required body movement. Moreover, their practice was outside the Sports Building. No crazy girl to haunt him anymore.

Hearing Riku's story, Rimu could only express her condolences to Fumino.

It seemed her rivalry only ended up unrequited. 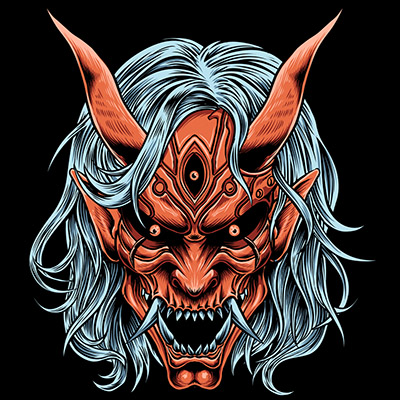