Some days after the Ishtar Familia was dissolved, many were told to come to the former home of the now-disbanded Ishtar Familia, with only a platform in front of it.

“W-what do you think will happen?” said one person from the district.

“I heard a new Familia is taking over?” said another.

“I heard it was Lady Damia!”

“I saw Lady Kama around!”

“Lady Kama! She must have the best chance! She was the second biggest god in the district!”

Coming up the road towards the abandoned Familia home of the Ishtar Familia in a large, elegantly decorated coach with a powerful steed bigger than any man.

As the coach arrived near the stage where the door opened, a red carpet rolled out, the first to step out was a goddess with vibrant green and yellow wavy hair kept back, her eyes were as golden and bright as the sun, her attire was rather extravagant with a blue and jade color scheme with jade earrings.

“Hello beautiful people!!!” she shouted out loud. “I hope we can get along well!!”

“Lady Quetzalcoatl please! We had an order!” said her captain, Rodolfo Huerta, a level 2 Cat-person with a rather robust figure and a white mask and suit.

Their hearts were happy it was a kind goddess when the next goddess made herself known.

“Alright! Alright! Come on! You're taking the spotlight!” a goddess said, pushing them forward.

Next came a goddess they knew, Kama.

Her hair was ash-white that fades into a green put up in a ponytail with a lotus as a tie. Her eyes were like polished obsidian, her attire was a beautiful, striking green and light purple outfit with gold bangles for her sleeves that made it even more striking with her skin as white as bone.

With her was her captain, Yasha, a level 2 handsome-looking man with black hair kept like his goddess and chiseled features. He wore a attire to complement his goddess.

“My lady, please get along.” He said.

Next came a male god. His hair was a long dark blue with eyes to match. A beautiful god wearing a holy white robe.

“Lord Miach to think we would be here.” Said Naaza in an elegant white attire with a long right sleeve.

“Yes, seems our luck has turned up!” he said as the two walked up the stage.

Next from the coach came out a goddess with long blue hair kept in a bun with golden antlers, in a blue dress.

With Artemis in hand was Cirrus, his hair slicked back in a black and red attire with a light blue clam with a white pearl on his left ear.

These two had a different aura than the others, as if they had done this so much it was natural.

As they walk up, they stand center stage.

Cirrus walks up and grabs the mic.

“Hello, people of the Pleasure District! You may know who we are for those who don’t. The lovely goddess with wavy hair is Lady Quetzalcoatl, a sun goddess.”

“Hello!!” she said, waving happily and with a smile brighter than Ai’s.

“Next to her is Lady Kama, the goddess of love and desire.”

She nods her head.

“And this fine god is Lord Miach, a god of medicine.”

“Hello there!” he said, gently waving his hands.

“And this goddess next to me is Artemis, Goddess of the Hunt and Moon.”

Artemis stepped forward. Cirrus then handed her the mic.

“Hello, children! Today we brought you here to announce that yes, the Ishtar Familia is disbanded, and Kama would offer to take you in should you wish! And any children who were bought as slaves and wish to leave then come and tell us.”

“As of today, the Artemis Familia will take command of the territory the Ishtar Familia had and with the help of these 3 gods and their Familia, we will rebuild this place better than before and hopefully more prosperous. We will not force you to stay or to join us. That choice is yours!”

They all murmured amongst each other.

“And what are our choices!?” said a child.

“Join Lady Kama and you will do what you were doing before. This time we will have the Miach Familia working to ensure you all are healthy and fit. Should you find a person who loves, you may reject him for the one you love. If you join the Artemis Familia, you will work as this district's guards, keeping everyone safe and sound as well as periodically delving into the dungeon to grow stronger. Then there is the Miach Familia. Should you join them, they will train you to be a healer, and mind you, these two made the Duel Potion.”

Many murmured more and more.

“And what of you, Lady Quetzalcoatl?” asked a person.

Quetzalcoatl came up and was given the mic.

“Please call me Quetz! And my Familia will be the academic side of things! Things such as gardening, teaching, cooking, fishing, anything you can think of! And once you are done, we will introduce you to suitable places or Familia’s!”

They all murmured even more and more.

“So, who will be in charge?” another asked.

Artemis stepped back and Kama stepped forward. Quetzalcoatl gave them the mix next.

“Of course, I will have assistants to help with more proceedings and so on to make things go smoothly,” Cirrus said as Kama hands him the mic.

Several women's ears perked up at his words.

“That is correct. Now you will have time to choose. (Sing your Vespers.)!!”

From his magic circle, 4 birds of thunder flew across the sky in four directions, then from them, 4 orbs of light rose each with different colors, one was a dark blue like Miach, Ash-white and green like Kama, yellow like Quetzalcoatl, and blue like Artemis.

“The choice is your children!!” shouted Quetzalcoatl as she and her captain walk to the yellow orb.

“I hope to see a few of you!” said Miach, waving as he heads to his orb.

“I hope you choose the ones you wish.” Said Kama as she heads to her light.

“Oh, before I go, all the slaves step up so I can remove the collars.” Said Cirrus.

Several people stepped up in a line.

The collars all break and fall to the ground. All they see next was Cirrus and Artemis walking to their light with the massive horse following right behind.

Up above, two people were watching.

“Hoh… who would have thought we would join a Familia that joined this oddity?” Said Daphne.

“D-Daphne, I think we made the best choices we have ever made.” Said Cassandra.

“Yeah, it's good you were so persistent in joining Lord Miach! What was it you said? A streak of lightning would claim the city of night and become its lord with the moon by his side?”

That day would later be known as the establishment of the Four God System in the entertainment district. 84 joined Artemis, 34 joined Miach, 642 joined Quetzalcoatl, and 896 joined Kama. The rest either joined Quetzalcoatl or returned to their lives before they were bought and were taken home.

In the following years, they turned the district it into effectively a miniature nation and further boosted Orario’s economic power and technological prowess in various fields. Many nations signed treaties with it over time, the first being Yamato. 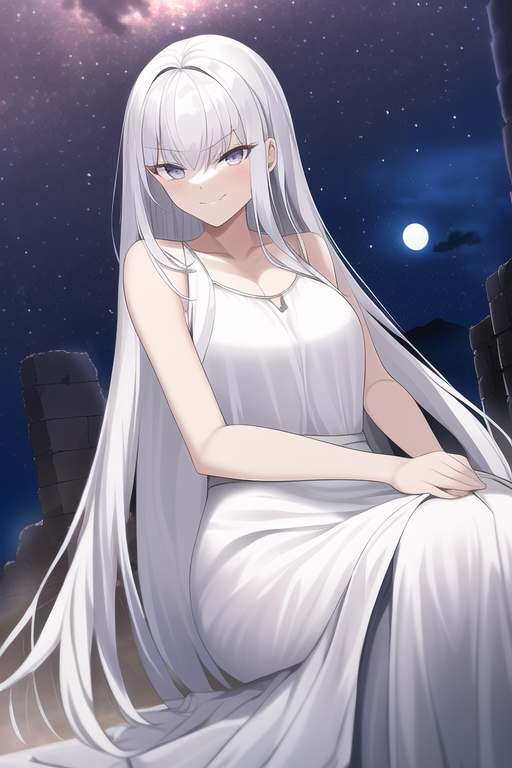 Nox in some desert ruins with a smug smile. 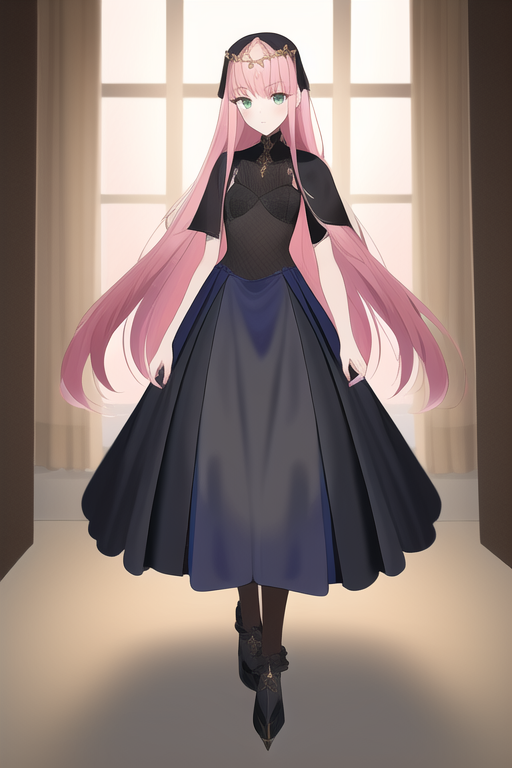 Circe while she is in her workshop.

There is one more extra with Cirrus and Ai.