Grey quietly stepped even closer, being rewarded with a rather pleasant sight for his bravery.

Bright blue particles lit the vicinity of a pale girl, painting her features with their enchanting color. Their origin seemed to be a pair of butterfly-looking wings whose every movement caused multiple tiny orbs of light to drunkenly float as if they were fireflies. The wings pierced a dress made of leaves and vines which matched the girl's green eyes and the tall grass her feet hid in. Atop her head, a flower crown aided the chestnut long hair in cascading down the sides of her face, fluttering as she lifted her thin arm, exposed up to the shoulder.

"Why do you beasts always resort to violence?!"

The shout that left her pink lips had hints of frustration. Following it, particles shot in straight lines and lit a path through the trees towards another girl, disappearing with a lasting shine upon reaching her face.

"Waah! My eyes! Just you wait! Just wait until I catch you! Argh!"

Unlike the ladylike fairy, the second girl looked barbaric, waving her slightly muscular arms as she advanced towards the particles with shut eyes and a sprint. Wolf ears protruded above her long hair, whose strands of silver reached a fur pelt of the same colour around her chest. Her skin's light tan guided as an exposed flat belly towards her steps, which showed that the tight yet elastic fur pelt she wore for a skirt had some leather as well.

"You're not fooling me, beast! But— to think your pride would allow such a tactic..." the fairy responded with hesitation.

Grey carefully placed his sword on the dirt and opened the GM Coms, aware of the surroundings as his hands danced on the ethereal keyboard. Surprisingly, despite the limited vision, he could see it as well as he could during the day.

"I'm telling the truth! Waah! Human!..." she took another stiff, turning towards Grey with shut eyes. The fairy had some doubts, displaying a lack of trust in the wolf's every motion, but she eventually turned as well.

"My fa..." the wolf raised an arm, shock displaying on her face.

"Where is this human you speak of? Beast!" the fairy shouted. "Fooling me with such nonsense..." she continued with a whisper, lifting her hand towards Grey. 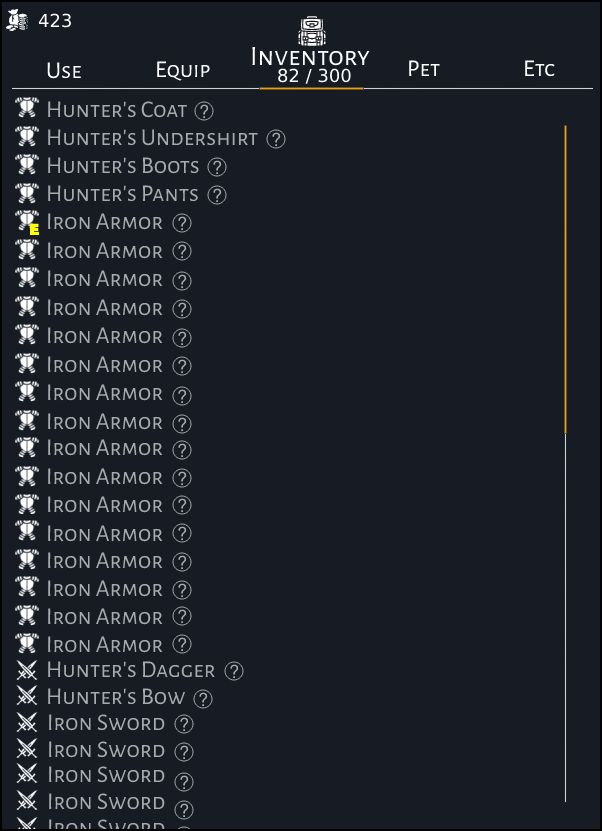 Grey took a random iron sword out of his inventory and threw it across the tree-covered field, eventually coming in contact with a wooden giant and ringing metallic sounds. Hidden in thick foliage and darkness, it was impossible for the fairy to notice him, and relied on her hearing instead.

"Who goes there?! Show yourself!" the fairy looked towards the sword, sending her orbs to investigate. "Beast! Stop the nonsense and capture the human! What are you doing?!... An illusionist?!" she exclaimed upon seeing wolf's frozen, pained expression.

Meanwhile, Grey got back to work and continued to tap away at his keyboard, fearing that there was no going back due to a lack of time. Not only was the fairy impossible to approach, as the wolf proved, but if she blinded him death would be inevitable.

At this point, the light around the wolf dissipated. However, thinking she was under a spell, none of the orbs that passed by the wolf stopped and only focused behind her, their light being reflected upon reaching a certain tree.

"Human! Are you taunting me?! To bring a murder tool into my forest! How dare you?!" the fairy shouted, turning her head to where Grey was.

In turn, Grey took another sword out and threw it at the same spot. And the fairy sent her orbs to the same spot as well.

How stupid is the AI, I wonder?

Shorty afterwards, his hands became completely still, with one hovering over 'Enter'.

The fairy said nothing this time, but her face did all the speaking. Her beauty showed disgust, confusion, as well as fear. And Grey threw another sword.

However, she didn't turn towards the sound anymore, but bit her lower lip, already aware of what it was. And as soon as the orbs started closing in, Grey pressed 'Enter' in a rush, causing muffled footsteps to play along the insects' songs. Slowly, the orbs brought to light a blood-covered human with a perverted smile, as well as a crimson-spotted blade at his feet.

In reaction to the sight, the fairy took a step back, unable to fight the shake in her hand nor the fear on her face.

"Such... To contaminate the forest... How much life have you robbed?! To display amusement— in such a state! You must die! Die! Die!" the fairy shouted.

"Shut up! Shut up! Don't you dare poison me with your obscene thoughts!" she closed her fist tight, causing the light before Grey to gather in a single spot.

Let me brag about the fucking AI! The first person I can talk to won't talk to me?!

Before the fairy had the chance to finish whatever she was doing, the wolf girl reached her light and grabbed her arms, causing the orb in front of Grey to dissipate in random directions. As a result of using her weight while doing so, the fairy spread her wings as quickly as she could in order not to injure them as she collapsed with the wolf on top of her.

"Beast?! What are you doing?! The human..." the fairy lost her voice upon seeing the lustful face of the wolf. "What have you done to her?!"

The wolf's yellow eyes stared with intense crave at her victim. Her long hair tickled the butterfly's cheeks as the fairy struggled to break from within her grasp. But the difference in strength was too great.

"Shut up!" she interrupted Grey.

Is the AI retarded?... Time to experiment!

"Listen!" Grey interrupted for the first time, approaching the two after picking his sword.

Despite the argument that was just taking place, the fairy looked up at the wolf with a gentle, pity-filled look. She was definitely willing to help her.

Holy shit! How exaggerated can I make it?!

"I'm not telling anymore— you missed your chance. More importantly, what are you willing to do to save her?" Grey asked, taking a seat at the edge of the fairy's light.

"Would you trade places and die instead of her?"

"To have my duty questioned by a human... Yes! You can have my life instead of hers!"

"So you would do anything?"

"Then lick this." Grey said jokingly, lifting his blood-covered sword.

It is time for an important choice from Grey! What does he do?

Also, why do you think fairies hate blood so much? What is their duty?

Important : Do you like it more when character looks are revealed all at once, or slowly throughout the chapters as they are interacted with, and leaving some for imagination?

What should Grey ask the fairy to do? ( Or make her do )
Total voters: 22 · This poll was closed on Sep 16, 2019 10:14 AM.
7
PreviousIndexNext
Report Comment
Cancel
Permalink for Comment #
Delete Comment
\
Reported Message in Quotes