~Saga of a wayward SSS-rank adventurer. Chapter forty-nine, self-worth and the secretive northwest dungeon that nobody knows about

A deafening chiming cascades out over the landscape as the titan bell in the middle of the incredible tower rings out loudly. The inspectors all begin to look towards the source. The others here, who have gotten used to it ringing every so often, aren’t as bothered. At least not until they realize that it isn’t the usual time of day for it to be doing so.

Irascaris stops trying to sell any maps and heads over to Caeli, the battle-alchemist of his party. The man lifts his voice to talk over the bell. “There’s no point in trying to sell these until they let us back inside,” he sighs, lowering his head and showing her the rest of his maps and battle plans for the different floors.

“I sold one,” replies Irascaris. “- To the inspectors.”

She gasps, leaning in excitedly. “You did?!” she asks feverishly, clenching her fists. “How much?!”

“Fifty,” he says, showing her five fingers and sounding let down, even though that’s the normal price for a map.

She sighs too, lowering her head. “What? Oh, man.” She seems let down.

Irascaris lifts his hands. “I know. Sorry. But we’re lucky we got paid to begin with. They threatened to arrest me and told me I was lucky they were offering to pay at all.”

Caeli tsks, turning her head to glare at the inspectors. Their party tank, Domi, approaches, covering his ears. “Misers. As if they don’t get paid a fortune for lounging around all day, every day.” She crosses her arms. “Wish I had a job that paid in full for one day of work a year.”

“We can’t all be that lucky,” says Domi, setting his shield down and looking up towards the tower. Inspectors are more often than not from some sort of noble heritage and blood-line. Only the highest tiered adventurers from a common background have a shot of getting in. But he supposes that if nobles would bother giving people like some money or even just a break, then they wouldn't be nobles.

He sighs, packing away all of his hand-drawn maps.

Isaiah stands there on its perch, watching as Crystal and Green work with an incredible pace to chop the boulder apart and to carve and smooth it into a defined, clean shape of a massive statue of an angelic creature, holding an open scroll with one hand and holding the other out into the air, as if proclaiming something.

This was an excellent idea. It’s glad that it learned so much about other dungeons and their workings from Crystal and Red.

“Good work,” says Isaiah, as the figure becomes nearly complete. “Bring it down to the people,” it orders. “Oh. And bring me that other very big rock on the way up.”

Sion sits in prayer, her thin hands wrapped together as fervent words move through her whispering lips.

Grace has befallen her life. It must have, for her to be able to be in such a place, at such a time. She is a simple priestess, a simple sinner, a simple woman from a simple village in the forest. All of her life, she has been many such simple things, but now, for the first time ever, something has happened.

The beads in her hands slip through her fingers as the bell continues to ring.

— She could go inside.

Sion stops her prayers, biting her whispering lips as she opens her eyes and gazes longingly at the tower.

She wishes that she had a sign of some sort. But as is the way with things of the faith, it is often simply all very nebulous. Things are never clear in these fields. The gods and their ways are simply mysterious. A direct message to the people of the world hasn't been given to them since generations ago, back when the gods still lived on the world with people.

A silhouette disrupts the sky, lowering itself down as if held aloft by divine proclamation alone. A statue of impossible weight and size floats down from the vibrant sky, as if it was but a feather, drifting gently in the breeze.

“What the hell?” murmurs a voice from off to her side.

The others start talking and whispering and murmuring now too. The inspection team runs to the side to gather together.

Sion feels something swelling in her chest and throat. Divinity.

To witness divinity, a simple creature like herself, she would have never thought it possible. Is this a sign? Is this an answer to her questions and prayers of guidance?

An amazing construction, made as if by the finest master sculptors in the kingdom, sets itself down in the middle of the road, just a little outside of the tower, surrounded by glowing manifestations of the heavens themselves.

Just in front of the statue, a menu appears, visible for everyone there to see.

The elf falls down to her knees, clenching her hands before her face, trying her best not to cry too much, as her tears and wailing might make her prayers sound odd to the gods.

“While I admire your spirit,” says Red. “I really don’t think that asking them politely is going to work at keeping them out,” she explains, flying up towards Isaiah as they all return to the roost.

Isaiah shakes its head, its hand running along the boulder atop the roost. “It is not intended to keep them out,” says the creature, tilting its head. “It is intended to make a point.”

They walk over to the side and look down off of the edge.

The people are gathering around the quest board, talking with each other excitedly. The inspection team gathers by the staircase.

She holds two fingers to the crystal on her forehead, the massive wooden beads on her arms rattling. “The dungeon-core has made contact. Orders?” she asks, turning her head back to the window on the quest board, so that the visuals will be transmitted to the scryers on the other end.

It is quiet for a moment.

A vibration. The crystal shakes. Then a second one in quick succession.

She nods, lowering her hand. Looking at the others, she quickly waves with two fingers to the dungeon-gate. “Disregard communications. We’re going in.”

Her companion, the necromancer, holds out something to her. She looks at it, taking it from him and dusting it off. It’s an old ledger, covered in dirt and grime. Its pages are ripped and decayed, from having been beneath damp soil for a time.

She holds the familiar ledger up to the crystal on her head. “Initial team confirmed removed,” she says and then stows the book away, as she walks towards the gate, her companions in tow. The crystal hums twice, confirming the news.

They get into formation as they move closer and get ready to enter the tower. The boy with the shield magic comes forward as their tank. She’s a step behind to his left as the auxiliary. The others are in the back in the formation of necromancer, priest and geomancer, in that order. The geomancer is the most sturdy, so it's safe to leave him in the very back, in case of ambushers. The softies, the casters, need to be nested in the middle of the group.

She holds her fingers to her crystal. “We’re entering the dungeon now.”

The woman looks around herself.

Her eyes rise up to see the shadow hurtling towards them from above.

Isaiah watches with a fairly smug expression, all things considered, as the massive boulder hurtles all the way from the top of the tower straight down towards the unsuspecting inspection party.

A unique benefit of having a tower, in comparison with an underground dungeon, is that you can just sort of throw things off of it.

The tower shakes, rumbling to its foundations as a massive impact strikes the entrance below.

It is quiet. The dust settles, rubble still flying everywhere. It looks like Crystal will have a lot of work to do now, to fix it all up. But it just is what it is. At least the problem of the second inspection party has been easily dealt wi-

Standing there, between the fragments of rock and broken brickwork, are five people.

One of them has a fist up in the air, splinters of rock still stuck between her fingers. A chain of ornate, large wooden beads rattle from the momentum of the strike of the high-level monk's fist.

Red lets out an impressed whistle and Isaiah feels a small hand patting its back. “Well, chief. We tried. I really thought the rock was a great idea though!” she consoles.

New ad was running for this story on RoyalRoad =) 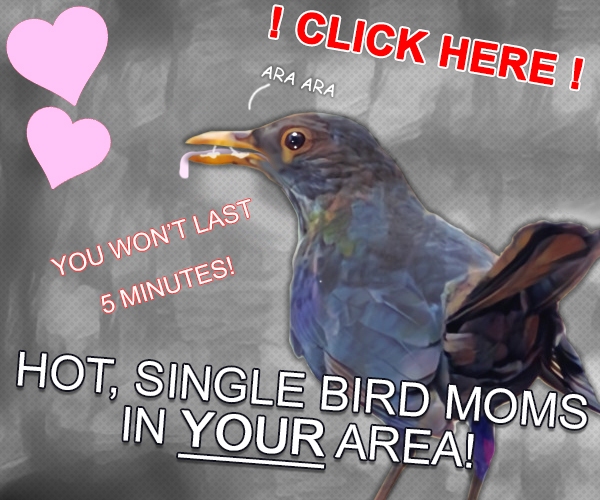