Isaiah sits atop of its very-big-tree, staring out into the night.

It has chosen its four new abilities.

‘Mercy’, because it does not wish to cause more suffering than there needs to be in the world. The world is often sad enough as it is, no? Letting people survive their attempts will do a lot of work for their image as a holy place and also for Isaiah’s conscience. More importantly, it will keep Rorate and the others safe too.

‘Instancing’, in order to avoid problems, like the one that had arisen during the attack of the latest inspection party. Too many people at once, especially if the tower is growing in popularity, will quickly become unmanageable. If they can separate attackers into small groups, it will make dire situations much more containable.

‘Divine Will’. An array of wild holy-monsters from all around the world could be very useful. Isaiah has lived three lives so far and in these three existences, it has seen and known many different concepts. But the world is a large place. What kinds of exotic creatures are there that it knows nothing of? Surely there are many. It could be a very interesting investment for the future.

Finally, it has taken the ‘Ascension’ ability, to let the tower’s grounds rip free from the world.

It isn’t an issue just yet. But the tower could be vulnerable to weapons of siege. They need a way to counteract that eventually. It will wait a little, before activating this spell. Given its highly destructive nature, it would be wise to make preparations beforehand.

Isaiah turns to look at the uthra and then back out over the night-washed world. “I could not sleep.”

Red flies in, placing a hand on Isaiah’s shoulder. “Don’t sweat it, chief,” says Red. She points off to the side, to the forest. “At least you can still see them regularly, right?” she asks. “I mean, they’re right there,” consoles Red, referring to Isaiah’s bird family.

“I suppose,” replies Isaiah. It stares up towards the vivid night canvas, looming heavily above their heads like a suffocating blanket over the world. “Tell me, Red. What now?”

“What now?” repeats Isaiah. “What do you do when you get to where we are now?”

Red shrugs. “Fuck if I know,” she says. “Look. I don’t know what the humans are up to. But I can promise you that you can’t trust them for as far as you can throw them off of a thirty floor high tower.” She shakes her head.

“— Thirty-one floor high tower,” says Red, correcting herself. “If you really want to keep everyone here safe, then we need to keep going.”

“Towards the gods?” asks Isaiah.

Red nods, placing her hands on her hips. “Yeah. I have a real bone to pick with those fucks anyways.” Isaiah lifts an eyebrow. “Besides. I like the whole tower thing," says Red. "I don’t really want to work in an underground hole again for the rest of my life, you know?”

Isaiah stares and thinks about this last, particular statement for a time.

It rises up to its feet. “Red -” says Isaiah, looking at the uthra. It holds a hand out, pressing a talon against her.

Red glows with a vibrant, crimson aura, as the magic flows through Isaiah’s hand and into her. The uthra grows larger still than she was before, coming up to the size of a human child. “— Move everyone from the tunnels to up here, up onto the roost," orders Isaiah. "Have Crystal build structures. Homes."

Red stretches herself out, shaking her now very long arms and popping her back. “Oh man, flying is kind of awkward like this,” she says, looking back towards her fairy-wings.

“Apologies,” says Isaiah. “But I have a lot of work for you. You must be prepared.”

“It’s fine,” says Red. She cracks her neck. “I am going to push Crystal around a bit though,” she says. “Now that I have some size on him.”

Isaiah shakes its head. “Please do not.” It points at the roost, looking at it. It’s a big, flat, barren area. Crystal and Green had done a lot of work to decorate it with grass and rocks and with the very-big-tree, but… that’s it.

It’s just an empty meadow atop the tower. There's nothing here.

“Sure thing, chief. What about the kitchen?” asks Red, buzzing with her new, larger wings.

Isaiah shrugs. “Move what you can. Or is it possible to make a short-cut from up here?”

Isaiah sighs, but then finds itself smiling. If nothing else, it at least appreciates Red’s lively energy.

Isaiah lifts up into the air, flying off to let Red get to work.

Isaiah hovers above the tower, looking down towards it from high up in the sky.

Now it should be safe inside of the tower for Rorate and the others, but also for any adventurers. A non-lethal dungeon is apparently a real oddity in this world. But, should the time arise that such a thing as lethality is needed once again, the ability can simply be toggled off. A very practical solution.

As for the graveyard, Isaiah assumes that if the ability still grants experience-points, then the count of people ‘killed’ will still count towards the graveyard’s summons, so they won't lose out on new wisps. But this remains to be seen.

There is finally a moment of quiet and it is late at night, yes. But perhaps now is simply a good time to get some work done?

There are two boss arenas that still need to be designed, floors twenty and thirty.

There are a mass of floors in between that need some attention as well.

The grounds need some upgrading, to handle increased foot-traffic.

Isaiah looks over its shoulder, towards the human city. Towards all of the regions around the tower.

Five kilometers is the current territory it has control over. Two and a half in every direction, stemming from the tower's base. There are a lot of places here to explore too. The rest of the forest. The hills to the north. The villages around the immediate area. Perhaps some of these things are wise to do as well? Isaiah has never really left this immediate area. Perhaps now is a good time to do so?

Isaiah nods, lifting its gaze towards the sky one last time for the night.

Its goal of being there for its old family, being returned to its old body is now over with. For better or for worse, that life is at an end; just like the life of the man, the paladin, Isaiah. Now, the life of Isaiah the dungeon-core has come to a start and it decides that it will live in this state of being so that, should the day come that it must leave this body too, it will not regret and yearn for something of the past, like it had done this time around. What a waste of a good season those bad feelings were.

It flies off to get to work. 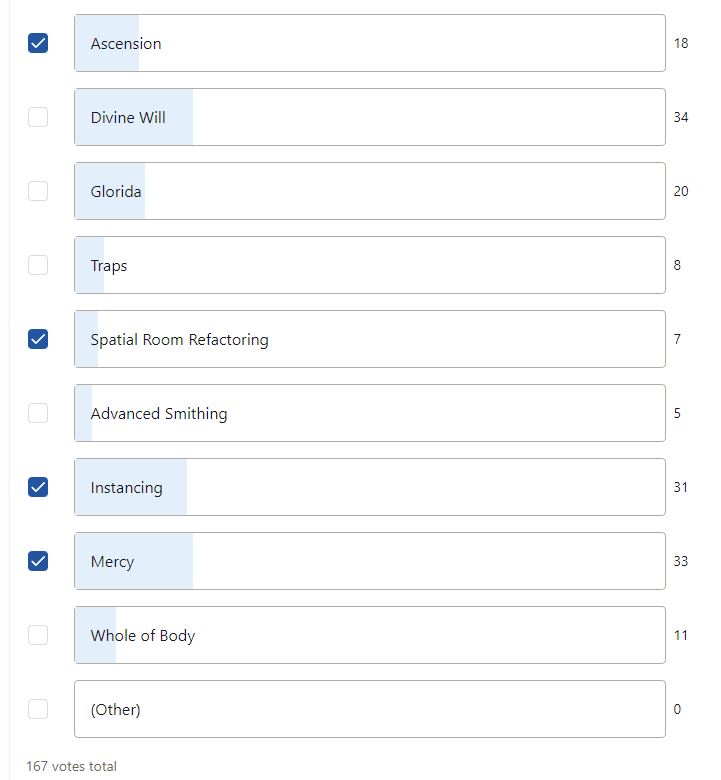 Do you have any cool ideas for bosses, monsters and challenge-rooms? Please share them with me in our [#Suggestions] channel in Discord! I am always open for new ideas! *-*

Apple, Kobo, Barnes and Nobles and other platforms here!