“Leave us, for a moment,” Markham said.

“Sir?” the man in the corner spoke for the first time.

Markham gestured towards the door. “I can handle a single six-year-old, I think,” he said. “A bit of trust, boys.”

Gary opened the door to the other guard, and they both filed out of the door. The door shut with a click. I was alone with the man behind the desk.

Markham leaned forwards, hands coming together under his chin with fingers woven together. He stared at me for a long moment, and I had to resist the urge to fidget. “Mister Markham,” I began.

He raised a hand, pausing me mid-sentence. “You said you were six?”

I nodded. “I’ll be seven soon enough,” I said. “Does my age make it so that you don’t want to work with me?”

“The Union has employed the young before. Six… almost seven, is younger than usual, but we have had need of message runners and children can serve as good eyes and ears. The Bullies, as disgusting as they are, tend to be reluctant to harm a child. Class enemies they may be, but they still have a conscience. Some of them, at least.”

I nodded slowly. “That’s good to know,” I said. “But it’s not exactly the information I’m looking for.”

Markham nodded. “Yes. The information you’re looking for. You, a fatherless six-year-old who speaks as if they were thrice as old.” He leaned back, then idly opened one of the drawers of his desk and started to root around in it.

“I’m a bit advanced for my age is all,” I said. “I don’t have a choice, not if I want to lift myself up and out of the situation I’m in. Can I ask my questions? If any of them are suspicious, you don’t need to answer them.”

“Ratesco’s Union isn’t in the business of buying and selling information,” Markham said.

My stomach dropped a little. Had I been wasting my time, then?

“But, we do know things. And I’m hardly averse to spilling information that the bosses would rather be kept hidden. But before all of that, I’m going to need some of your blood.”

Markham placed a tiny scroll onto the table. It was maybe as big around as my pinkie, the scroll the length of a typical wooden pencil. On seeing it, my heart clenched in my chest. “What?”

“Do you know what this is?” he asked.

I shook my head, though I had some suspicions.

“It’s an identification scroll. Nothing fancy. We make them ourselves, which is… of questionable legality, but the official scrolls are quite expensive for something that can only be used once. These aren’t as good as a Whithallow’s scroll, but they work.” He unrolled the scroll, revealing carefully penned words and symbols etched onto parchment. “A drop of your blood, right here.”

I swallowed. “And if I don’t want to?” I asked. My voice sounded small. I could fill the room with spores at a moment’s notice. I wasn’t without options. But that would be like burning the bridge, then blowing it up for good measure. I’d make an enemy of the entire union, and that was if I got away alive.

“The blood doesn’t need to be volunteered,” Markham said. He flicked his hand to the side and something clicked, another twirl and something metal flipped up and landed on the end of his desk, point-first. A pen knife.

I hesitated, then closed my hands into fists. This asshole. I stomped to the desk, grabbed the knife, checked the edge for any sort of visible oils or liquids, then swiped it across the back of my wrist where the cut wouldn’t interfere with me grabbing anything and where it would be easy to bandage. I let the little bit of blood leaking out of me slip down the outside of a finger, then I brought that over the scroll.

The drop landed on a space made for it on the scroll and was absorbed by the paper.

The writing on the scroll glimmered faintly. I could feel it doing something, vaguely. Then with a slow sizzle, words started to appear across a blank part of the paper.

It stopped there. No breakdown of my class and skills like the clearly more expensive scroll my dad had once used with me.

“Happy?” I asked. “Is that enough proof that I’m not allied with the Bullies?”

I stared at Markham and locked eyes with him. His expression barely changed at all, still all-business, but I had an inkling that he was a lot more curious now. “I suppose that will do,” he said.

I nodded. Then I pushed my mana around and towards the scroll. It wasn’t too far from me, my hand was still right next to it. With a flick in my thoughts, I turned my mana into a weapon and unleashed [Blight] at the scroll.

Making sure to keep my eyes locked on Markham, I was only tangentially aware of what my skill was doing to the paper. I heard it crackle, and when Markham looked down at the scroll, I glimpsed at it too, curious.

The paper looked like it had been left to soak in sewer water, then left out to dry in the sun for a few months. The edges were falling apart into dust and a fuzzy layer of mould was growing in the centre. The staff of the scroll, just a tiny wooden stick, broke with a faint snip.

“Sorry about the mess,” I said. I smiled and pushed some of my remaining mana into [Aura of Growth]. Tiny pinprick mushrooms started to grow from the rotten paper, and the room filled with the faint but pleasant odour of rot.

“It’s nothing,” Markham said. “Though I’ll admit, this isn’t the result I was expecting.”

“I’m certain it isn’t,” I replied easily as I reined in my skills and mana. I didn’t need to run out here and get the shakes. “Now. I’m here for two things. A deal and information. Can you provide both?”

I nodded. “Your people guard my stalls. If you have anyone trustworthy who’s good at selling and cooking, then I wouldn’t mind hiring them on commission. They make half the coin for a day’s sale. I provide the equipment and material. If you want mushrooms for yourselves, then I can provide those at a discount.”

“Can be done as well,” I said. I gestured to the one I’d given him already. “Those are healthy, and they’ll replenish your mana.”

“What about other magical effects? I know that some apothecaries sell potions based on mushrooms with interesting effects. Fire-breath potions, astral projection, things like that.”

I kept my face devoid of emotions. I didn’t need him to know how much I wanted those. “If you can get me samples, then I can grow anything. We’ll have to negotiate prices later, depending on a host of factors. But yes, I can become your provider.”

He nodded. “Useful. And you don’t do business with others?”

“Our goals happen to align,” I said. “Your union growing stronger is good for me.”

“Not my union. I’m just a local manager. The Union belongs to no one person, it’s the people’s.”

“Fine,” I conceded. “I want information. On the Bluertons. Their movements, the locations of their bases and hideouts. Names of individual members and so on.”

“What are your intentions there?” he asked.

I shrugged my shoulders. “Their bodies can be used as fertiliser for my next crop,” I said.

He grinned. “A familiar sentiment here. Though we tend to… respect their homes. The union plays by certain rules because the Bluertons play by those rules too.”

Were they playing cops and robbers or were they actually doing anything? “Fine,” I said. “I’ll still want some of that information though.”

“We can provide it. The Union isn’t responsible for the actions of outside actors.”

That was permission to do whatever I wanted. “I want information on the Ditz Dungeon too,” I said.

He paused, then nodded. “You want access to it, or to its resources? We might be able to provide that. Or might have, once. The move to unionise the dungeon’s gatherers went… poorly, this year.”

“Just get me maps and whatever information the average delver team would have,” I said. “If I need more after that, then I’ll ask.”

Markham nodded along. “That can be provided, yes. They’ll be copies of copies, and some of it might be outdated, but if you’re looking for something in particular, it’ll probably be there.”

He didn’t think I intended to go down myself.

All the better for me.

“I’m glad that these negotiations are going so well,” I said with my most charming smile. 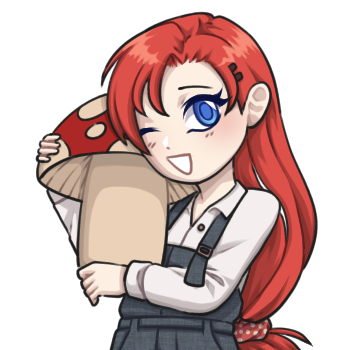