Death Cap - Ten - Plunging into the Depth of Ditz

Even though it was early in the day, the dungeon was still relatively busy. I darted to the side and out of the way of a team of delvers heading out of the dungeon. Unlike those outside, these were dirtied and sweaty.

I watched them pass, taking note of their gear. Mostly spears, some with two-pronged heads. A few had long, narrow shields fixed to their arms.

Now, I wasn’t an expert by any means, but from what I could tell, each delver team that went down was destined for a specific floor. Stew, who was a delver before he lost half his limbs, said that he’d worked on one of the middle-floors. Five or six or something. His equipment was meant to tackle that floor specifically.

The first floor, according to my dated map, had spider rats and spider sheep.

I continued down along the edge of the room, trying to be inconspicuous while I thought. Spider-monsters were likely smaller, with webs and such. If they could cling to walls and the ceiling, then the spears made sense. The shields too. Maybe spider sheep could ram? If that was the case, having a tall shield to keep safe made sense.

The opening room had two doorways other than the entrance. One to the left and another to the right. The far end of the room was being used as a break area of sorts, with both delvers and normal workers placing down benches and mobile showers and curtains.

It didn’t take a genius to figure out why. There were probably some sort of more biological threat below, and people who ran out of mana outside would need a place to recoup it without clogging up the dungeon.

That was also likely where guards would be stationed once things started.

The left-side room was a dead end according to my map. I didn’t bother doing any more than glimpsing within it to confirm as much.

So off to the right I went.

The cavern was even bigger than the entrance. A huge room with a rent down the middle of it, something which hadn’t been on my map. The sides of the room were all sheer stone with a few mossy patches. A bridge made of metal beams and covered in wooden planks had been slid into place over the gap. It even had rails on the side, something I hadn’t expected to see on what was clearly a mobile bridge.

I moved off to the side, both to be out of the way of a crew walking past and deeper into the dungeon, and so that I could see down the crack.

It was maybe two metres across, with jagged edges. The bit of light from the incandescent bulbs strung across the room didn’t illuminate the bottom of the crack, giving it the illusion of being basically bottomless.

Creepy, but only dangerous in a sort of neutral way, like any other place where you could fall would be.

I crossed the bridge while no one was on it, and came upon a choice.

There was a path straight ahead, That led down a corridor, then to a few more rooms before it reached the room that led down the dungeon to the second floor. A second path on the right, this time heading towards what should have been the outside of the dungeon (assuming I hadn’t dropped my elevation that much) but instead kept going for a while.

The right-most path would eventually loop around back to the main path to the second floor, at least according to my map.

I had made up my mind already, before even entering the dungeon.

That way led to a warren of smaller and larger rooms, some of which I knew had some sort of water access and spaces where natural things grew.

From what I understood, the main, straight, path took priority when it came to being cleared. It made sense. If they were going to send teams down all day, then they’d need to clear out as deep as they could. Then they could shift their focus to clearing wide.

Someone had definitely sat down to figure out how all of this could be done in as efficient a way as possible.

The next room was more cave-like. This time with jutting stalagmites and stalactites (I could never remember which was which, but fortunately the room had both). They occasionally formed entire columns into which someone had hastily tied some ropes to hold up one of those power cords with lights attached.

I was beginning to wonder if the dungeon had anything worth taking at all when I checked into one of the adjoining rooms. My map suggested that this one had some sort of water feature, and I could clearly hear some water gurgling. The room’s entrance was less an archway and more an s-shaped curve. It was fairly narrow down the centre. The last entrances had been wide enough for carts to pull through, but this one wouldn’t handle two people walking in shoulder-to-shoulder.

I slipped into the next room cautiously, one hand already in my satchel and around a plump [Dead Man’s Cough].

There was a team in the room, four men and a single woman, all in delver’s garb. More interesting were the creatures on the ground around them. A dozen in all, each about as high as my hip.

I gulped. They were rats, certainly, but with longer legs and fatter bodies. Their faces were elongated, to make room for the mandibles under their four beady eyes.

They were about as big as German Shepherds, and I desperately didn’t want to mess with them.

Fortunately, the twenty or so of them in the room were all very dead. Some bisected, some missing their heads, more of them just run through.

The delvers were cleaning off their weapons and checking their gear, the fight was over, from the looks of it.

I jumped when I realized she was addressing me. I almost ran, but she pointed to me and I froze. “You’re from Erol’s crew?” she asked.

“Yeah, good. Tell him it’s cleared. They can start the harvest as soon as we’re done sweeping. Are the other kids behind you?”

I stood a bit taller, then stepped into the room. I had to avert suspicion. “No ma’am, they’re not here yet, ma’am.”

One of the delvers snorted. “Ma’am,” he repeated, which set another of them to giggling like some sort of moron. It earned him a swift kick in the shin from the woman. Fortunately for him, his shin was armoured. The clang still sounded like it hurt though.

“Shut up, you,” she said before turning to me. “Gods, they get smaller every year, don’t you?”

She shook her head, then gestured around. “Well, this place won’t clean itself. Go get your little friends.”

I finally looked around the room.

It was a tiny paradise. There was a small pond in the corner, feeding crystal clear water into a large pit surrounded by rocks. The water was coming from a crack that ran along the ceiling. It flowed around a few spikes and dripped down with a constant splatter.

The room was alive. Ferns were tucked into the corners and sides, and there were glowing, phosphorescent strips of lichen poking out from dirt patches on the ground.

Most of the light came from some heavy-duty kerosene lamps, but... but glowing mushrooms!

“You going, kid?” the woman asked.

Water shrooms? I was practically salivating as I darted to the side towards a nice patch of lichen. It was hardy stuff, sticking mostly to the underside of rocky shelves in the walls and coming down as long strands. I inspected one from up close with my [Druid Sight].

[Blur Glow Lichen] - {Rare}
A lichen found in several dungeons and which will glow when in the presence of mana. Often used by alchemists to create mana-activated potions or lights.

Then I spotted another prize. A fist-sized mushroom that I almost missed. It was a flat grey, the same colour as the stones around it.

[Blackbottle] - {Uncommon}
A mushroom frequently found in humid climes. It will fill with water and when ripe, will burst apart releasing watery spores onto the ground around it. A source of untainted water.

I plucked a bit of the lichen after poking it carefully to make sure it was something I could handle. Then I plucked a few of the smaller, less ripe [Blackbottle]. They’d be less likely to burst that way, or so I hoped.

I had no idea what I was going to do with these two samples, but I’d find something!

Am sick. nn. Might have to scale down my posting next week to make up for the chapters I'm not writing this week. 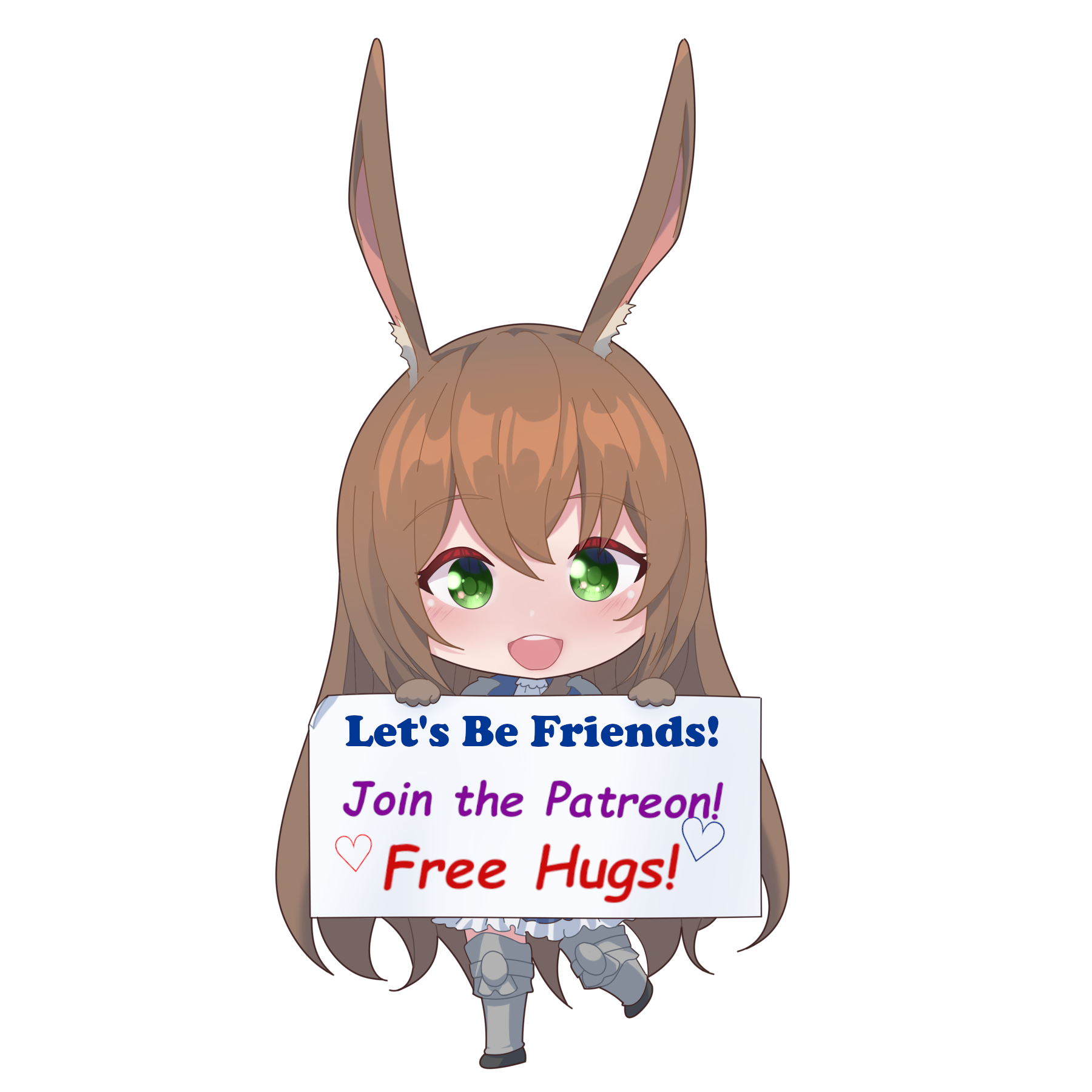