I stroll around town, only on the main roads, of course.

North Avenue is the one I took to go outside the city earlier. There are many inns there. The closer you get to the square, the more restaurants you will find in place of inns.

West Avenue is a craftsman's district. The workshops of blacksmiths, woodworkers, and people who make tools are lined up. Of course, you can also buy things that are made there.

South Avenue is a merchant district. There are many big shops, so you can buy various things. It seems that you can get things from other towns and materials for various productions.

East Avenue is a residential district. It’s said that players can also buy a house here too.

I feel a pang of hunger in my stomach after walking around the city for a while.

I can already hear the faint sound of grumbling.

Yes, yes. Even though this game is, well, a game, grabbing some food is highly recommended.

Probably because this game has a job like a chef.

If you don’t eat regularly, your stats will decrease if your satiation value drops below a certain threshold.

I want to go get a meal right away, but I don't have anything to do.

I think it would be nice if I could earn some money first.

Generally speaking, it's a good idea to sell the drops and use the money to buy food.

On a different note, this game has an aspect where not only is the AI great, but NPCs live as NPCs.

NPCs are NPCs who hunt and work to get their food for the day.

And as long as NPCs live together, there will be a considerable gap between the rich and poor.

In other words, it is possible to sell items to people other than merchants, and the results after that will vary widely depending on my actions.

That's what my purpose is.

Having said that, it's still noon.

I go to a suitable store nearby. It looks like a shop called "Magasin d'Amour". How do you read it?

I noticed it when I entered the store. It looks like a player's shop, not an NPC's shop.

NPC shops’ names are generally in the form of "[owner’s name]’s [shop type] shop", and it seems that the name of the NPC shop and the type of shop are unified.

Player shops, on the other hand, seem to be freely named by the player.

Probably hired by a player.

I will sell the current item immediately.

Is this expensive? No, it's cheap.

When I looked at the price of the HP potion on sale, it was 300 crown per vial. I can only buy two. You don't need to recover against a cockatoo, so let's save the HP potion for the next opportunity.

I left the store and returned to the square to look around again.

Although it’s called a square, the area is actually shaped like a circle.

There are big roads on the north, south, east, and west.

The square seems to be used as a rendezvous point for various people.

And naturally, where people gather, the economic activity will also be thriving.

A lot of people, both NPC and players, open their stalls in this area, selling items, weapons, etc.

I also call out to the nearby stalls.

"Hello. What do you sell here?"

However, there's only a little impact, so I ask a question.

"Oh, welcome newbie. As you can see, this is a yakitori restaurant."

"Ah, this? I put this on to attract customers.

Certainly, this chicken is grilled whole, or is it kushiyaki because it points to a skewer?

If it's this big, the first impression is perfect.

"Then I was successfully lured."

I laugh at myself because I was caught beautifully.

The shopkeeper's sister is also laughing.

"Then let me give you one Yakitori as a present for you who were caught. Here please."

I didn't see her because of the impressive roasting, but she seems to be very lively.

The scarf wrapped around the head is attractive, probably to keep the hair down.

The yakitori I received was more delicious than I expected.

"Thank you for the meal. May I buy four of them?"

"Thank you very much.

"It's all right. It's time to close the shop anyway. Wait on the bench over there. I'll clean it up right away."

Saying that she turns her back on me and starts closing the shop.

I thought about helping, but won’t it be a hindrance if someone who doesn't know what to do help?

Let's wait here on the bench as I’m told.

The older sister cleaned up the shop in haste and came over.

"Okay, without a formal greeting. I’m Yuna. Nice to meet you."

"I'm sorry. I should have introduced myself here. My name is Eve. Nice to meet you."

I shake her hand firmly.

Although she’s a cook, her hand is surprisingly firm and soft, I can’t sense the roughness of someone professional even though her cooking is quite good.

Is it because she is a game character?

"Eve-chan is a beautiful young lady. So, what is your story? Well, I can guess. Well, before that, let's finish this guy first."

A whole roast is placed in front of me with a bang.

"We have to eat this first~"

It was cut into pieces and served on a prepared plate before I knew it.

No matter how you look at it, it's too much for two people.

"Each food item has a set time limit. It’s a short time from the time you make this roast to when you can’t eat it anymore. So, don’t mind it, don’t mind it."

I see. If you have no choice but to dispose of it anyway, I don't need to hold back.

I am happy that I am not fat.

"Wait a minute. Sister, I'll try to anticipate your question. Honestly, you don't know what to do, do you? What do you think?"

The video games I know have a purpose and a goal from the beginning, and you move forward to achieve that goal. I don't feel something like that from this game at the moment.

"I can understand that~. After the tutorial is over, whoosh~ everyone is transported into the square. Some may wonder what they should do after that."

Apparently, there are other people besides me who think so.

I think it’ll be nice to broaden my worldview.

"But that's the real thrill of this game, isn't it? You can spend your free time as a normal resident, not the main character, and receive a quest. Besides, do you remember the title of this game?"

"Was it Eternal Phantasia...?"

"Umu, if I were to paraphrase it, it’s a fantasy world! So, there would be a different culture in a different world. It should be different, so I think it would be nice if you could first learn about that culture and then enjoy it."

"Yes. If you walk around the city, you'll understand, that those ethics are something different according to the place or community you are living after all. It might be fun to find out about that."

Yuna-san seems to be enjoying herself while explaining something to me, so I don’t bother to interrupt. Besides, it’s quite nice to have a conversation partner as lively as she is.

I nod in agreement.

It's not like I'm going to be swept away like this, I have to be more proactive.

I’ve changed my name and face, so it should be okay.

"Um, so the question is, how can I save money?"

I was a little embarrassed but still decided to ask straight.

First, you can hunt monsters around the city. They say this is the best.

Not just hunting, but also receiving quests at that time.

If you talk to the NPC who owns the shop, you will be able to receive some quests.

I see... Irika is also following that pattern.

I agree. This time, instead of just walking around the city, let's visit various shops.

The purchase price is unchanged, but it seems that one yakitori will be given for every five lumps of meat of Cuckobird.

Cuckobird meat is relatively easy to obtain, and it's nice to get food for free.

I thank Yuna-san, add her as a friend, and part ways.

Yuna's stall is only open during the daytime, so if you want to buy something there, you can only do it starting in the morning.

Anyway, I need to have some items ready by the end of the day.

Yuna - Player. A lively and reliable big sister who open a Yakitori stall. Human race with long brown hair and brown eyes. Her main weapon is a bow. She plays EPO to learn how to cook. 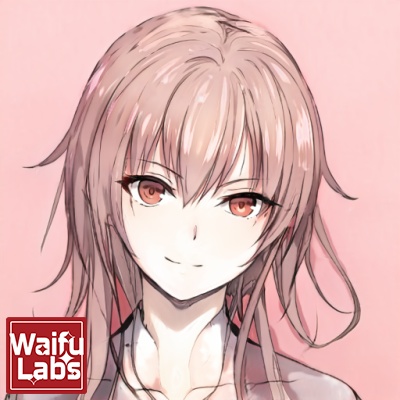