I go around the city quickly.

I heard the rumour that the place I'm looking for is on North Avenue, around the inn.

Or maybe around pubs and inns?

I think that is suspicious.

I finally found it.

There were many glass-enclosed shops lined up there.

The shops on this street only open after the evening has passed and it gets dark.

There are still a few people on the street.

The place I aimed for is here, but the person I’m looking for is not here.

Let’s move a little further away from here.

I walk through the gap between the shops to a narrow road.

One street further down the street, it’s a place that could be said to be on the verge of desolation.

Some women in skimpy and revealing dresses are talking merrily to each other.

But I'm not looking for them either.

I walk around for a few minutes and then…

Ah. I finally found it.

She is a slightly skinny woman.

However, rather than being unnaturally thin, her body seems toned, as if highly trained.

Her face has fine facial features, but what’s charming about her is her stern brown eyes.

And her right arm is missing.

She seems to be a person with a story.

The cursor is green, so it's an NPC.

It looks like, unlike us players, NPCs do not recover from fatal injuries.

If I want to try my look, she looks like a better choice.

I speak up with courage.

My heart is already beating wildly.

"What? No ordinary girl comes to a place like this. The only people who come to this alley are men who want to have a woman even though they can't make any money."

The woman scolds me. I can feel her good intention here, but I also have my resolve, so I won’t back off anymore.

I raise my voice, almost screaming.

I walk further into the alley, led by her in a hurry.

No one else will see you here.

"You're a woman, but are you trying to buy a woman? That's fine, but you should go to the store in front instead of the woman in the back alley. There's a store for women over there."

The shops on the front, the so-called red-light districts, are thriving no matter how you look at them.

In other words, when the store opens, there will be more people on the street, and more people will see me.

I don't know what kind of place will find out about me, so I want to avoid the store in the front.

"Haa... Still, you shouldn't choose me. Right now, I'm a woman who's having trouble just eating today. You should at least choose a different woman."

"I like you because you, you didn't seem to get along very well with those women!"

Alone with a woman in a back alley like this, I can't be calm, and with the way I'm speaking, it seems that my intention can't pass through.

Although the woman looks a little offended, she still urges me to continue with her eyes.

"This is the secret!"

I don't know what to do anymore, so in the spur of the moment, I thoughtlessly take her hand and pull it between my legs.

Certainly, there is something that is impossible for a woman to have sit there.

The woman is caught off guard by my action, but instead of retracting her hand, her fingers make a squishing motion that makes me yelp involuntarily!

She lets out a hearty chuckle, but I know she’s a bit embarrassed too because there's a faint blush on her tanned face.

Or… maybe something else?

"Oh, yeah. That might be true. I see.. so that's why you want to keep it a secret as much as possible? I understand why you called out to me… by the way, is this your first time?"

I quietly nod while blushing.

That's why I'm so embarrassed, and that's why I searched for a place like this.

"Okay... Then I can help you, but you're still a newbie, right? Do you have any money?"

"Haa, that's right. In the worst case, it would be nice if I could secure just one meal with that, but that’ll be a problem for you... Have you gone hunting yet?"

Is she talking about the Cuckobird?

"I've beaten the Cuckobirds before. I haven't met any other monsters yet."

"Can you hunt Cuckobirds? Then let's do this. As I said earlier, I don't have enough money to eat today. So, you'll get food for me, and I'll provide you with my body. So, what do you think?"

She proposed nonchalantly while crossing her arm under her breasts, pressing her busty mounds together, making her cleavage look even more alluring.

"Is something like that okay!? I can only get cuckobird meat and eggs, though!"

"It's okay. I have a lot of things to do, and now I can't go hunting because I'm in this shape. And there's a reason, even if I have money, it's hard to even go shopping."

As far as I can see from her appearance, it seems that there is no problem with walking.

It bothers me. It really bothers me, but I don't have time to think about such things now.

"Even if I'm standing here, customers won't come to me anyway. Rather, I'd like to ask you. Then I'll be waiting here, so please go.

"Yes, I understand! Also, though it’s late, my name is Eve. May I ask your name?"

A beautiful smile rises on Celia’s lips. I can’t get enough of that smile. I think I can slay 100 cuckobirds right now!

I run at full speed toward the north gate.

By the time I wake up, it’s completely dark.

I check the time and it’s already 10pm.

It’s dark around me, but I’m so focused on the hunt that it doesn't bother me.

Let's check the status once.

My stats and skills have improved, and before I knew it, I'd learned the skill called [Night Vision].

When I look around again, it's certainly dark, but I can clearly see why it's only around me.

This is the effect of [Night Vision].

I guess the higher the level, the farther you can see even in the dark.

Oh, I messed up the item.

The rest are probably gone.

It seems that I tried a little too hard.

While checking the menu while returning to the city, there's something else that catch my attention.

I seem to have received a quest before I knew it.

The content is to obtain ingredients, to obtain meat and eggs. Both seem to have already filled in the numbers.

It may have been a waste of time, but it would be nice to sell the remaining items to the shop.

What matters is the reward. Although it’s written as "other", I know what the reward is this time.

I can’t contain my excitement!

With a stupid grin on my face, I return to the city with a bounce in my step.

Celia - NPC. A prostitute standing on the outskirts of town. Eve's first-time partner. She is a redhead with a stern gaze, her right arm is missing. 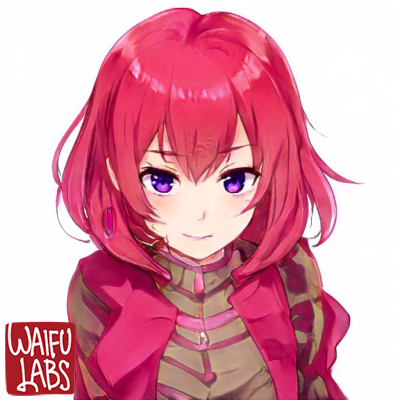 Our Eve-chan is finally going to lose her status as "virgin", let's applause for her everyone!
62
Support Eternal Phantasia Online (Futa GL)