If my life is coming to an end, then where my soul will end up?

Currently, that's all I could think in this middle of the commotion.

Initially I was on vacation from work. I took a week off from my company and went with my colleagues on a luxury ferry. We chose Hawaii as our destination to celebrate our successful project. However, something happened.

Our ferry collided with something in the middle of the Pacific Ocean. It was something big and white, almost a hundred times the size of our ferry. Compared to that, our ship was like the ant in front of an elephant.

"No way! Even a whale isn't that big! And it wasn't the shape of a whale!"

"This is bad, our ferry is tilted! Hurry up to the evacuation boat!"

Lots of the passengers instantly fell into a panic as our foothold shook.

Forgot about evacuating, to just hold up from my current position requires a great effort. One of my colleagues even got trampled and his fate was left unknown in the mass of riot. Few of the passengers even got thrown off from the ferry and plunged into the cold sea.

And then... There was no then.

The ferry flipped and sink.

Along with the other passengers, I swept out into the sea. The cold water pressure assaulted my body and all I could see was only darkness. Before I lost my consciousness, my eyes met with the supposed "Ningen". But, unfortunately...

It was all blur.

Darkness veiled in my eyes as I floating around in this emptiness. Everything was dark, I couldn't see or even feel my limbs.

I dunno how much time has passed, as I lost the track of time.

Numerous memory appeared before my mind as I indulged myself in the abyss of time. Although I'm sure I was a good law-abiding citizen,  I couldn't deny I also not that innocent from sins.

To reach my current position in society, I made a lot of mistakes. I trampled other people and denying their goodwill. I did lie to lots of people, I did disappoint my parents.

However, everyone also does that, right?

The act of live itself is evil. Which humans did not free from sins?

Even if I have the chance to redo my life, I'm pretty sure I only ended up making similar mistakes.

And so, I spent my time with my self-introspection and self-loathing. There is nothing I could do besides that inside this darkness. How long is this will continue is also unknown to me.

Will I go to heaven... or perhaps hell?

Suddenly, a light appeared in the distance. I instinctively reached into it and...

Oh... I got out. It was so long since I saw the light I couldn't help but close my eyes.

However, something was wrong.

An auntie in strange clothes speaks some unknown language with a man, also with strange getup.

What the🦆 are you talking about?

They were speaking a language that I'd not heard before. Not English, nor Japanese, nor Chinese, nor German, nor Portuguese. An absolutely unknown language. Even the intonation was preposterous, completely different from my tongue. I'm not sure I could replicate their words with my mouth.

It's as if I was stranded in some alien planet.

The auntie holds my body and hold it up high and showed me to another madam lying in the bed.

The heck... Although my body was smaller compared to my colleagues, it was not to the extent that some unknown aunties could hold my body up and high like a baby.

You're not a Tsunade, are you?

And then I noticed...

I really am a baby!

I was reborn again!

The madam in the bed looked at my eyes with a smile, kind yet melancholic. Perhaps this madam is my mother in this life? And then that man is my father?

It seems I wasn't permitted to go to the afterlife yet. 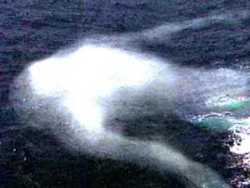 Germany is the country, German is the language I think.