To be a Human

When Alice first showed up in Verdun rumours about her quickly started circulating, officially she was Alicia’s ‘Partner’ and the actual mother of the twins of course. Guessing from her withdrawn nature, odd mannerisms and most importantly their similar aura many assumed her to be some offshoot or her sister. Her strange actions from word of mouth easily found its way to Faenas and by extension Alicia. Which leads to their current practice.

Alicia was teaching Alice how to behave herself around humanoids which the latter she had experience with. This particular session was trying to fix her tendency to not face the other party while speaking. They were figuring out where to place one’s eyes. As the last one where ‘look in the eyes of the person you’re speaking to’ turned into a failure as Alice had an extremely discomforting gaze, which often intimidates or unsettles the other side when talking.

The training had come a long way since the start, for example Alice learned how to naturally swing her arms when walking as opposed to her… ‘stiffness of death’. Or how and where to place her arms instead of having it in a sort of awkward t-rex like position where she had her hands near her heart.

Alice’s tendencies to clean herself using by sucking on her fingers to lubricate them to then tend her body had gotten many strange looks to the point where Faenas had run out of patience and had to tell Alicia about it. She had many other bizarre comments such as;

Few other issues Alicia had to straighten out with Alice was her inclination to start climbing up walls of houses unprovoked to reach corners. And yet another complaint she received was how she started ‘sparring’ with Ash. Although when he did say ‘Fight like it’s life or death’ to get a genuine session going, Alice truly had tried to kill the old man. Until she was - once again - called by Faenas to intervene. Sword instructor might have developed a few traumatic memories of her during the process.

But during which Alicia noticed how Alice handled the sword in a unique way of holding it in a reverse grip and her disposition to leglock her opponent before savagely stabbing down with her sword. Alicia recognized this, Alice like any other spider tended to bite(stab) with their fangs(sword) and wrap their legs around them(leglock) while the venom paralyzed their victim(opponent). Inquiring about her opinion of the sword was;

“Metal fang… strong… sharp… good… but not good enough… need two, one for each pedipalp…”

Education is an important aspect of children’s life. That was no exception for the sisters. Lacking a formal education institution in the middle of a forest, Alicia had to take matters into her own hands and try to homeschool the two. Their language capabilities were already well developed plus she herself had not the microspeck of a clue about the written language common around these parts. The tribal witch doctor seemed more than happy to teach them but for the most part he seemed to entertain them with myths, legends and stories of various origin. A more formal language skills were instead taught in tandem with their usual training under Ash with the help of some of the ‘Village elders’. Some mothers who dote on the two often sneaked in.

On the other hand there was mathematics with few if any who could tutor them. Using various methods Alicia guessed that they had intellect comparable to that of a middle schooler and they quickly grasped the basics of it; including multiplication, division, whole numbers, fractions, simple geometry2Japanese longshoot bowman probably. and probability. Paper and pen was not a luxury that was available thus sticks in the dirt had to do.

Anna’s brain seemed to have already short circuited with metaphorical smoke coming out of her head.

Tiredly Anna asked, her eyes a depiction of boredom.

Mentioning of her favorite type of food quickly reanimated her with interest.

With newfound determination Anna studied earnestly. Alicia herself only used the topic to get her to pay attention not knowing that she herself planted the seed which would soon bloom into Anna’s love for cooking and food… and the subsequent disruptions of entire ecosystems brought about by the pyromaniac gourmet. That story will have to be set aside for another time…

Aight fess up, who thought I forgot about these? I know I'm behind by a whole chapter and this doesn't make it up, I know. Due to covid related issues I'm not in the best of situations right now so the overall quality of my work might not be at its best. Whatever comes things will be more or less sorted out in a few weeks. Oh and merry (late) christmas and a (early) Happy new year. 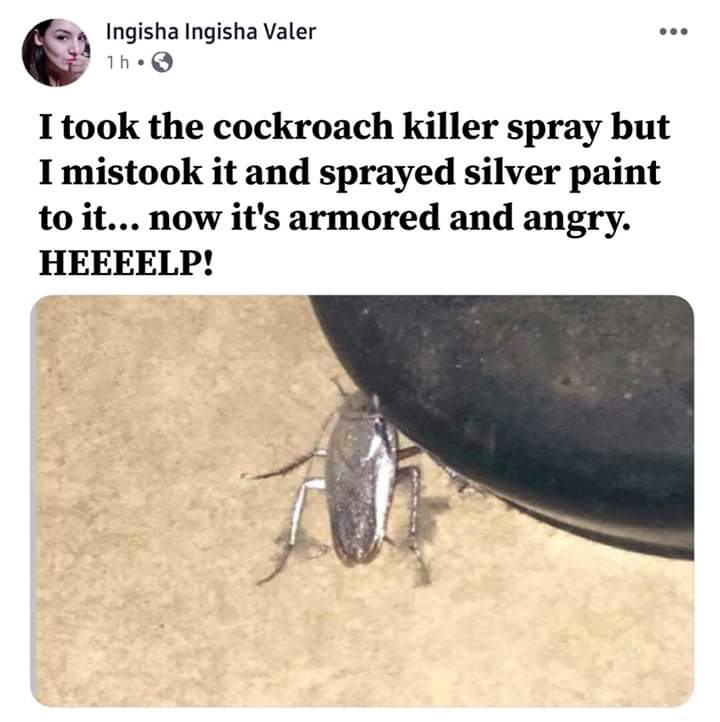