Near the edge of the commercial districts stood the merchant’s -  comparatively smaller than most - office of his firm. Being led in through the staff door through the back of the building she was quickly brought into his humble and little personal room.

‘I’m basically a tree hobo, who am I to judge…’

After quickly tidying the contents of his room he sat down behind his desk in front of her.

Though surprised, he recomposed himself easily wearing a troubled smile.

There was a period of uncomfortable silence as Albertini anticipated a surname from her, before she clarified.

He wasn't having it, thinking that it was an alias or something in the similar vein; the way she handled herself, the ephemerality that makes her seem as if she would disappear like an illusion borne from a daydream the next time someone looked at her, her brief display of formidable martial and magical prowess, the exotic yet familiar charm, and the extraordinary perspectives from which she approached a given situation weren’t just found from a nobody without history or house. And even if she was, no sane person would let those talents go easily. Was she a spy employed by the Empire? A foreign aristocrat in hiding? Or something else entirely? Such theories swirled round and round in his mind. With every interaction with her more questions seemed to crop up than answers. There were too many mysteries surrounding Alicia, that it was simply too much to attempt to uncover them all.

‘Goodness is it that hard to believe that someone introduces themselves by just their first name? Do I need to forge a birth certificate with a fake family or something? ‘Alicia,’ that’s all I got, take or leave it. I don’t have to convince you with anything. What if someone’s an orphan… wait I know the answer to that already… you know what this is not a train of thought that I want to finish.’

Thankfully or perhaps dreadfully, he did not have to. He was a merchant, he only needed to immerse himself in the business, even if the action of conceding wounded his pride and his confidence in his personal network of informants. And to that end, Alicia tried to bring the conversation back on track.

Since antiquity, silk has long been sought after luxury for its practical and aesthetic use by many cultures. Clothes fashioned from silk and silken furnishings were comfortable, retained warmth well, were durable to humidity and had naturally pleasing lustre, making it a prime product. In addition, it absorbed ink and dyes well, making it an expensive but resistant writing surface for documents. And in medical fields it was used as sutures as well as being used for other esoteric applications such as artificing, enchant, and magecraft. Many religions also made various religious depictions on their tapestries and silk was one of the preferred materials for that reason.

Pyrinia was no exception and the little silk that finds its way to the country either through trade ships or caravans from distant lands are quickly bought up by few wealthy and privileged merchants who fiercely bid against each other which was then sold to nobles, scholars and artisans for a great price. It was a product that was always in high demand and low supply, in turn making it an expensive luxury. It would be the same as obtaining gouske that laid golden eggs, if one could obtain a steady supply of silk. However that was not all.

He was expecting some other ordinary products, like food, hides or some foreign spice even but none of it compared to what came next.

Honey made from bees was one of the oldest known delicacies in human history, coveted for its natural sweetening properties. Moreover, it had medical use in treating burns and injuries with salves and balm, ritual applications and finally it was one of the key ingredients in the ever so popular honey wine or mead. Their wax was a wonderful ingredient to use in candle making as they produced a brighter flame more readily without producing much smoke and had various other uses. To harvest honey, bee-hunters made the insects drowsy by filling the hive with smoke, allowing for the taking of the honeycomb without suffering the bees’ painful stings.

However beeyards required vast blooming meadows, a land that could also be used for agricultural use to feed the growing populations directly competing with staple foods such as grains. And the smoking process was challenging for certain species that made subterranean hives or constructed their hives in tree hollows where billowing smokes into them weren’t always successful. And that was assuming one could even get to the hives without being stung by the territorial bee swarms. Even a little bit of it was enough to turn profits from its sale.

This was Albertini’s chance to reach for the top and he wasn’t going to let it go no matter what it took.

There were always risks involved in investing in a new line of operation, but only by taking such risks could one reap the benefits of being a pioneer.

After his affirming nod, Alicia stood up and parted her cloak, uncovering her silken dress underneath it. Even without touching it the quality could be seen from the glazy sheen of the silk. He feigned contemplation caressing his half shaven chin. In his mind he had already made his decision.

Although any other person would be overjoyed to get a value higher than  expected on their ware she lightly shrugged it off.

‘A sly, sly dog aren’t you… you intended to take it for one fifty from the beginning. That is still on the higher end from what I learned…’

With the inspection complete she sat down

Although her postponings dampened his spirits his head cooled down a little as he realized he was acting precipitously. He was simply hasty in consolidating his position as he wanted to capitalize on the opportunity as much as he could before someone else inevitably caught wind of it.

This worry, suppressed as it was, still reflected on his thoughts, accessible by Cold Reader. As much as she pondered there was little she could do to reassure him without raising suspicion. Eventually she gave up and started looking around Albertini’s office to entertain herself while the merchant frenetically scribbled down the on paper.

After a while Albertini placed the finished the final draft of the contract and slid a copy of it to her to review. Irregardless of her weak grasp on the common script used throughout the continent she could make out the essential details. As she slowly read through the paper he was rhythmically tapping his fingers against his desktop, anxious, worrying that she might find something dissatisfactory and pulled out. It took her a while to comprehend it all but to the merchant it seemed as if she meticulously read it through not knowing that she was, in fact, simply subliterate.

After making sure everything looked in order she placed her index finger on the space meant for a signature and affixed a magical seal on it and the copy.

Alicia, putting on her most inoffensive smile, handed Albertini’s copy of the contract oblivious to his distress as she was focused on reading. He sighed in relief, glad that all had gone well. Although he would have brought in fine wine and delicacies to celebrate he correctly assumed that Alicia was the type of person to dislike such pretenses.

For a while she was totally lost on the topic, but it struck her. He was talking about her clothes. Specifically their seemingly alien design based on clothes conceived in the modern era, making her seem like she was from a foreign country and her just over the knee height skirt of her dress. She had quite revealing clothes by the standard of the continent which had mildly temperate climate. Though Merchants have had exposure to the revealing clothes commonly found in the desert societies through their trade. It was still new to the commoners who only saw the same type of clothing from slaves and strumpets.

‘Listen here you little shit, if I wore straight pants, every time I switched forms I would need a new pair and I do in fact like to wear something and the only type of clothing that is appropriate and doesn’t require me to carry around a dedicated bundle of spare pants just for the unforeseen occasions that I need to transform are skirts. Besides legionaries who fought for the Roman empire - one of the greatest empires of human history - wore defensive skirts! So suck it up!’ Alicia, since attaining her new form had become sensitive about her few remaining vestiges of masculinity. It was a given that none of her internal lectures leaked out from her mouth or surfaced on her face… only her responses became subtly cold and distant.

‘And then there are the Scottish, who wore one of them kilts. Would you take a fight with a scotsman? He’ll-’

She was very defensive about the matter.

Although it would attract lusting gazes in countryside and remote villages, the residents of large villages, towns and above would have a poor opinion of her, not only for her connoted lower social status but also by their beliefs and tenets. Many religious sects condemned excessive lust and by extension those who seduced men. It was well intentioned teaching that tried to limit the number of children born, in an age where fertility rates are through the roof. The teachings attempted to limit the unnecessary cruelty imposed on children of poor families that were viewed as a burden often being abandoned or thrown away. However overtime the original intents faded into obscurity and were warped into its current state.

After the brief conversations she bought a stack of paper, quill and ink and left the firm while noting down the location and its name. While recalling details did not pose a problem, she judged that it would be difficult for the current and future projects without journaling on some more elaborate projects. It wouldn’t take long before a distressing alerts came from her Araneae positioned around the town…

Google Docs version. Tough week and another tough week ahead... I am aware that I'm behind. Anyways more setup before finally getting to some action. I was going to do something but then I forgot about it. Since I forgot about it i'll just assume it wasn't something important. I had to get a new keyboard and get used to it. But I think I'll like it since it'll be easier to clean with its minimalistic open design. Got a second monitor finally. It's an old Acer AL1916W with only VGA so it's color accuracy is shit compared to my main monitor, not to mention the lower resolution, need of VGA to DVI adapter which was a headache on its own. Nvidia control panel makes it a little bit more bearable but since what it has to work with is already trash it can't make it any better, lot similar to what I'm doing actually. 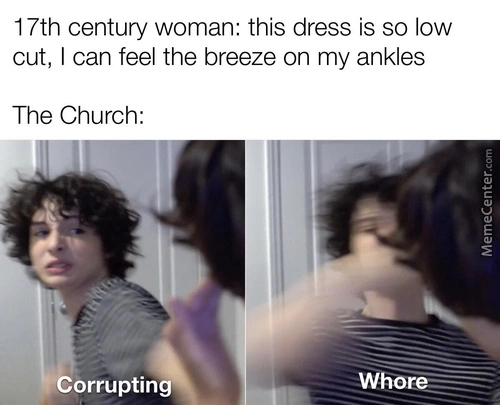