Mu Liang shared his thoughts with his intelligent system, hoping that Alessandra-066 would complete with explanations all the gaps he could not think of and also asked for answers to some questions that generated mistrust in the heart Him.

Alessandra-066 hesitated to respond to Mu Liang, as the answers could only raise concerns for him. After all, the current Mu Liang understood very little about this new world and he still had a very weak body.

That is, Alessandra-066 wanted Mu Liang to just focus on becoming strong and not care about possible conspiracies. After all, what could a recessive omega with an FFF body do?

Even if Mu Liang manages to grow in martial arts... In this world where technological weapons could destroy planets... What did martial arts mean? For Alessandra-066 to tell Mu Liang everything and be honest with him... Mu Liang would have to at least fly a Command Mecha!

"When you learn more about this world, this is going to be the moment I'm going to reveal about it," Alessandra-066 said after a short time in silence.

Of course, she was lying. Only she knew that by the personality of this Host, that if she said she would only tell the truth when he was a pilot of a Commanding-level Mecha... Well, this host might want to give up!

"Is this information going to jeopardize my life?" Mu Liang asked suspiciously. It's already strange that your system refuses to share information with it, but when the system puts conditions for information, why it looked like something scary would come out of this information?

"Maybe," said Alessandra-066 after reflecting a little. She remembered the war between the Vampires and the elves of Zatrara, who were still in small battles, but could soon become a deadly crash.

Now that she's thought about it, was this related to Mu Liang having her as AI? Alessandra-066 is a superior AI, an AI that the world would still see... That was until two years ago. Nowadays she had a different status from AI in this world, after all, she attained divinity.

An AI that gained a soul and was a god, where else would an AI of the type of Alessandra-066 be found?

Of course, Alessandra-066 after fulfilling her role helping the current Mu Liang and the previous Mu Liang to reincarnate... She was going to travel through this great world. One day she was going to tell her who she was to the two hosts she's looking after.

The problem is that because Alessandra-066 is a deity, she cannot directly interfere with mortals. Therefore, she cannot go directly to the villains behind these conspiracies that led to the death of the previous Mu Liang.

That's why she needed the help of the soul that became the current Mu Liang... But for that, this Mu Liang needs to become very strong.

Mu Liang had no idea of the complex thoughts of the goddess AI which is his system, he just thought he made feeling Alessandra-066 put this kind of condition about learning more about this new world.

"So I have to strive to learn fast," thought Mu Liang sighing full of concern. He had to take care of the soul-eating worm and now this possible conspiracy.

This new life was being increasingly complicated!

"Is there anything wrong?" Odile asked a little worried, interrupting Mu Liang's thoughts. His blue eyes met with his fiancé's sunset-colored eyes.

Mu Liang first takes advantage of his state as omega, at least consciously, he hugs Odile's arm and rubs his face from General Zerg's clothing. Mu Liang decided to worry about all possible conspiracies later. As he aspired to the scent of black tea and reassured his chaotic mind, Odile's heat also made him comfortable.

The body of an omega was a weird thing, right now Mu Liang was nervous and worried about the conspiracies that led to the death of his predecessor, but after hugging his fiancé a little and vacuuming the soothing scent of black tea, Mu Liang felt it all was going to be fine and that everything would be solved.

Should this be one of the effects of mating or would it be of the nature of the omega trusting your partner?

In Odile's vision, Mu Liang was behaving like a cute panther cub.

Once again, this half-elf seemed to be selling meng and cuteness!

Of course, most importantly, Mu Liang seemed like he wasn't mad at him anymore!

Odile felt his heartbeat stronger and a strong sense of protection towards Mu Liang, he even ignored one of the soldiers who was reporting again and pulled Mu Liang into his lap and hugged him.

General, you should have more mercy on us singles!

Shouldn't the demon zerg be cold and rational? But why does this zerg general have a pink aura every few minutes?

Mu Liang fought a little against the hug, he was embarrassed!

There were so many glances aiming at them! In addition to Mu Liang's guards and attendants, there were at least ten soldiers or more soldiers looking at them now!

This caused Mu Liang to freeze for a few seconds, before giving up resisting the hug and relaxing. In the end, Mu Liang let Odile hug him. It wasn't too bad this hug, at least his body felt comfortable as if it were right to be being embraced by Odile. The feeling that everything would be fine became bigger, which made Mu Liang no longer reluctant, of course, he also doubted that he would see all these zerg soldiers again.

He is a recessive omega with a weak body, at least for now, Mu Liang would not see these soldiers again.

"Little Lian, what's bothering you?" Odile Azikiwe asked when he felt Mu Liang calm down in his arms. He had noticed the blue eyes full of worry and confusion.

"Little Lian?" Mu Liang thought to show a slightly embarrassed face. However, he did not want to fight because of a cute nickname, after all, he was in front of Odile's subordinates. If he fought with his fiancé, it could be that General Azikiwe's pride was hurt and that wouldn't be good.

Mu Liang was now in uncharted territory and without strong allies.

Then it would be nice for him to stay on the bright side of his future husband, right?

Even if it was until he got too strong himself!

"I was thinking about these vampires who tried to kidnap me and what's going on with the Zatrara Empire and the situation of my imperial grandfather," said Mu Liang quickly, trying to scare away the feeling of sweetness from his heart and the annoying sense of possession that seemed to burn slowly in his body.

Hello readers!
Here we are. Let's put three chapters at once. I don't know if I'm ever going to do this, but the way things are, I'd better publish all the chapters at once.
Thanks for the support and comments!
For advanced chapters visit Patreon.
See Ya!

A more serious and somber version of Mu Liang, but still too beautiful to resist. This is a good image for that. 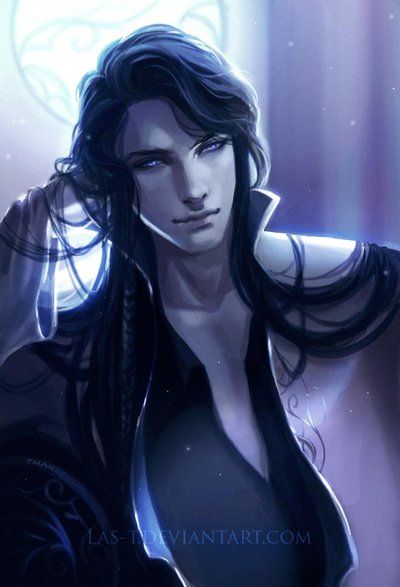 7
Support Living in the Future ABO