Tiers prices at the end of the chapter.

Mu Liang looked very closely at a specific zerg soldier who was doing this, at the same time, who saw that zerg soldier's golden eyes shine a strange shade of blue.

"They are using the light brain. The light brain is like me. In this case, it is a type of system that is connected to the individual's brain. However, they have no autonomy like me, "said Alessandra-066, seeing Mu Liang's curious gaze as he observed everything around him.

"I am a customized system with superior AI. A system like me is only granted to people with high social status. Look at the Lola system, this system already has personality traits and it is the system of an imperial prince and a general! I am even more special since I am one of the 10 distinct systems that the High Elves created. We are still in the testing phase, there are still at least ten years left for the AI ​​like me to come out for the public to analyze "said Alessandra-066 with great pride.

"High Elves? Are they different from ordinary Elves? "Mu Liang asked a little curious. He ignored a little bit about how the system was bragging, he didn't understand about systems, so it didn't matter Alessandra-066 bragging in front of him.

Odile pulled Mu Liang to sit next to him on one of the luxurious red sofas, it was a very comfortable sofa. Meanwhile, many soldiers greeted Odile with military greetings and began to report some information about the status of other zerg species that were at war in other quarters of the universe.

Six robot stewards were moving around, soon some comfortable chairs appeared and Mu Liang's followers sat down for the short trip.

"We are departure now" Lola's voice came from the drawing-room, interrupting the conversation between the soldiers and General Zerg.

Mu Liang was a little nervous and with some expectation, after all, it is the first time he is in a spaceship. He wondered if the ship would shake or all the lights in the room would shine brighter.

In the end, Mu Liang found it a bit disappointing since he only felt a slight pressure on his body, which was soon adjusted by the Lola system. This was somewhat disappointing when Mu Liang compared the experience on the transparent catwalk floating in the air and the encounter with the trident-shaped battle spaceship.

Of course, outside things were a little more fascinating. The large dome of Hangar 10 opened and a trident-shaped spaceship that glowed silver and red, while spreading soft colored magnetic waves while floating ... Well, that caught the attention of ordinary people. Since it was quite extraordinary for battle spaceships to appear like this in a public area.

Suddenly the ship starts to glow with several colors at the same time, before getting a boost and signaling the exit, the ship accelerated quickly, disappearing of ordinary people. Leaving a light trail of colored energy.

Quickly some type B wicks, which were wicks used for recycling in the great battles, these wicks appeared and collected all the colored energy, thus cleaning the environment. Soon these type B wicks withdrew and everything returned to normal.

Returning to the reception hall of General Azikiwe's trident-shaped spaceship.

"We already depart. In 40 minutes, we will cross half of the planet to reach the Infernal Palace. "Said the Lola system in his soft, feminine voice.

The soldiers wanted to greet Mu Liang as well, but given the unstable circumstances of the relationship between the general and this half-elf, the soldiers prefer to remain silent. It wouldn't be too late for them to show up after the wedding took place or if the General and the fourth prince passed the civil marriage protocols.

General Azikiwe sighed, he didn't want to talk about military things now. He wanted to drink that sparkling golden tone drink with his fiancé!

However, he had to hear at least some reports as an active General Zerg, besides, he was not on his Honeymoon, so he had no reason to refuse to fulfill his obligations.

Mu Liang did not notice Odile's bleak look while this general zerg talked to his subordinates. Since Mu Liang was listening to the explanation of his system.

The robot stewards handed the slightly golden sparkling drinks to Mu Liang and his followers, who were the five employees and 10 guards of the Zatrara empire. Mu Liang took a sip of this unknown drink, feeling a festive sensation in his mouth due to the gas and the sweet, alcoholic taste of the slightly golden liquid.

Mu Liang opened his blue eyes in surprise, the sensation in his mouth was very delicious and made him think that he must be drinking the famous wine of the gods, which he heard about in his ancient world.

Of course, the feeling of pleasure was maximized thanks to its elven genetics and the foam of the gas, which Mu Liang had never felt before. In the heart of Mu Liang, this sparkling drink has become his favorite drink in this new world.

"This drink is called Little Star produced by the renowned beverage company Grys Sterrestelsel. This is a drink made with Arctic Fruits and Northern Star Fruits. Both fruits are grown exclusively on Planet Geheue, which is a planet in the Diablo Empire, which has half the land frozen and the other half a tropical land "said Alessandra-066 informing the half-elf as a good system, when she realized that Mu Liang had been enchanted by the drink.

As she spoke, she showed the images of the Arctic Fruit that was similar to ice crystals and the Northern Star Fruit which is a shiny golden fruit that seemed to shine at night in the tropical forests, that fruit was the size of grapes.

"This is a carbonated drink and it has a sweet taste. But there are other versions like the dry Little Star and the full-bodied Little Star. The more the color shines in the freshly treated gold, the more expensive the Little Star bottle is and the greater the amount of alcohol in the drink. The Zerg researchers said it is a sparkling-like drink that humans on Earth had created thousands of years ago, "said Alessandra-066 trying to put a little more culture on Mu Liang's head.

The drink in the cup of Mu Liang, a cup that resembled crystal, this drink is soft golden, almost like a beautiful and delicate jewel. Which meant this was the best Little Star bottle on the premium market.

Of course, Mu Liang learned about this information with pleasure, as he intended to try all versions of Little Stars. That was something for him to rejoice in thinking about the future!

Odile, who was supposed to be concentrating on the conversation with his subordinates, he saw Mu Liang's eyes turn into half-moons, while the half-elf had a very beautiful smile of satisfaction on his elegant face. He even thought about talking about the drink, but his soldiers were there looking at them. Odile sighed and started telling his mind that she only needed to spend 30 to 40 minutes on the spaceship before they reached the Infernal Palace.

So, Odile felt better after thinking that he could be alone with his omega when he got home. So, he kept his face serious while the soldiers communicated with him through the light brain.

For anyone who is curious about the Protea Flower. Both Flor Azuncena and Protea Flower are flowers of African origin. 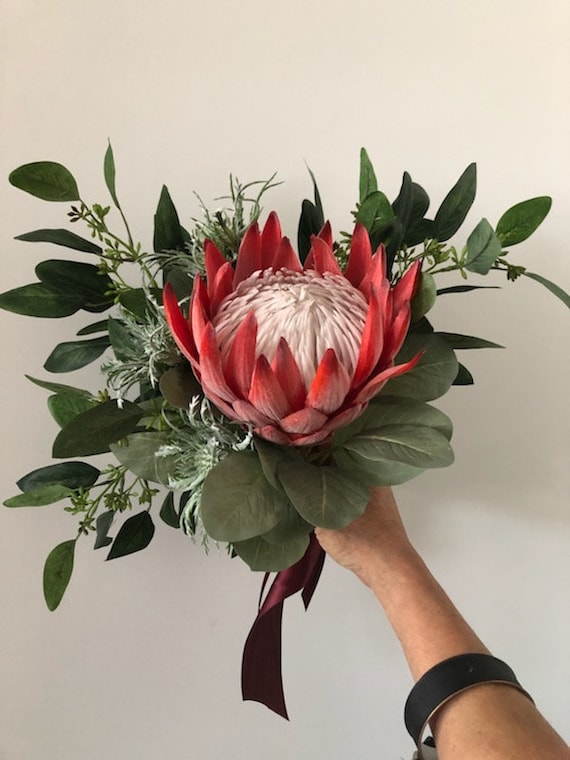 12
Support Living in the Future ABO