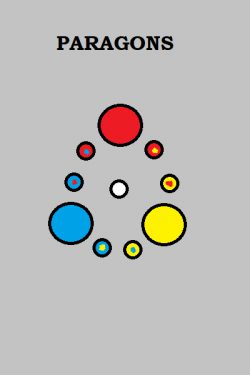 Immense foreign space-going vessel.  Its configuration is a rotating torus with a central hub where shuttles park.  Originally owned by the Chekowan, who claim it was constructed by god-like entities they call Outsiders.  The one in orbit of Earth was hijacked by the Five Saviors of the Angmari.

An Army veteran whose wife died overseas from a road side bomb.  Currently a middle-aged quality assurance technician, his primary interest is training mixed martial arts.  He had a brief amateur fight career (1-1 record) before his life derailed.  Mike owes a lot of money in back taxes and drinks too much.

Housemate of Mike and formerly the best friend of Susie Dombroski (deceased wife of Mike).

Sam is a disaffected college student looking for meaning in her life.  Also a major fan of science fiction, though her interest in actual science is limited to cool facts.

Marius is an Angmari deserter who came to Earth planning to carve himself a place in history by creating a planetary defense army.  He is one of the Five Saviors of the Angmari Fleet.

Stateira Cassandane
Cassandane is one of the last of an Angmari racial group known as the Aoleyen, which were selectively bred for hundreds of years to produce humans of great intellect and obsessive focus.  She is one of the Five Saviors of the Angmari Fleet.
Show
Table of Contents
Write a Review
Reset Filters
X
Write a Review
You must be logged in to rate and post a review. Register an account to get started.