Everyone knows that magic is real, that it's the driving force behind the evolution society has gone through over the past few thousand years.

Everyone gets annoyed by the faeries stealing your socks, or swapping your car for a carriage, or coating all your food with salt. Because things like that don't matter enough to hide.

Everyone learns about Hitler, the darkest necromancer ever known,who singlehandedly waged war on the rest of the world, in school, and the other similar events in history. Because they were too large to hide.

But for everything else, the veil hides the magic from the mundane. There might be an unlicenced werewolf working as your librarian. Maybe a dragon owns your local banking chain. Maybe the murder victim who was killed in a locked room WAS killed by an angry ghost. Or a shapeshifter. Or the elder Fae. Or a rogue Wizard.

The solution? Everyone knows the answer to that too. The one thing every police department in the world has in common. The Wizard Division.

The L.A.W.D. (Los Angeles Wizard Division) is in for one hell of a ride, when Charlie, a new trainee foisted into the world of magic joins their ranks, and with him a whole host of new and unusual magic sheananigans comes to Los Angeles. 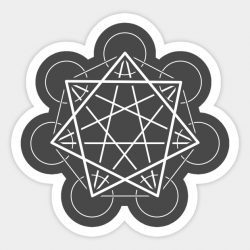 The content is a little bit disconnected to say truthfully.

Still, you got a nice idea going. Please do continue with the story.

Calamity Mandate
By Rocket
Beneath the peaceful surface of a nation, a conflict between royal factions and secret organizations is coming to a boil. Drawing upon esoteric energies, those with Exalted powers rule supreme as they fight to shape the world in their vision.

Plague Children
By Yuumei
Years ago, in the country of Sei’O, a plague spread and turned half of their population to stone. The children of those infected were born with skin abandoned of all color. Completely grey, they were known as Plague Children. Though t

Lost Genesis: Lied
By MitsuakiSeiji
Lied cannot remember his past. As the sole bearer of the Adam’s Apple, an ancient item capable of granting people’s wishes, he’s targeted by a mysterious organization while desperately trying to reclaim his memories. Through his

The Wolves and the Lightbringer
By CycleLunar
Kylie’s been going through a lot of changes recently – being a teenager, transitioning, and drinking a magic potion to transform into a wolf girl – its been a lot to adjust to. Still, things have been settling down into a nice ro
Action Required