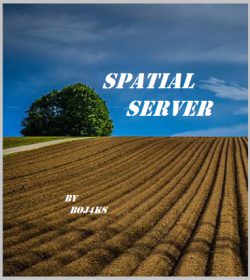 Rick Jokowiro is an ordinary man, but due circumstances he dies at an age of 41 on Earth. While his soul departed from his vessel. His soul and something else got sucked in a spatial dimension.

There, his soul and that something stayed inside for 8 decades inside. Rick’s soul remained unresponsive, while that something, bored, created a replica of a game: Farming Together from the last memories Rick played before departing his previous vessel, though more on the realistic side.

Suddenly after 8 decades, he was sucked into another world in a body of 10 years old child, who was met with his own misfortune. The little man departed and Rick is now in full control of the little man’s vessel.

See what adventures are awaiting him with this newly obtained identity and abilities.

Author notes:
- This is a slow-paced and growing protagonist web novel, don’t expect continues leveling up and fights throughout the chapters. Already added a content warning on this web novel, though not at the start, it eventually will come to it. Rather warn you beforehand, then get cussed for it! Start with Volume 1 / Chapter 0: Prologue, if you are interested in this story!
- The inspiration that gave me to write this story is based on the Chinese novel ‘Bringing The Farm To Live In An Alternative World’ by author Ming Yu and those who translated his novel in English, such as groups on website ligthingfastbullshit (.com), moonbunnycafe (.com), trungnguyenwriter.blogspot (.com), novelstravel.wordpress (.com), scribblehub (.com).
- Credits deserved are those who gave me years of reading pleasure and those are a lot, such as BTFTLIAAW, Throne of Magical Arcana, Miracle Throne, I Shall Seal The Heaven, Martial World, True Martial World, Desolate Era, I am a Superstar, The Great Thief, Hail The King, Demon King and many more.
Although the story BTFTLIAAW seemed to fast pace and a lot of plot holes were added here and there, which left the readers with a lot of their own imagination to fill those holes, the overall content is enjoyable to read through, still ongoing in the 9k+, so the original author is really enjoying it.
- My story will likely contain some noticeable elements in the overall story direction of BTFTLIAAW, like geography, realms, items, and cultivation. But which Eastern Cultivation novel doesn’t highlight different realms and named mystical items/objects the same. To not infringe into BTFTLIAAW, all names are changed within my story, it’s completely different but also the same in a way. Judge for yourself and enjoy it.

On a final note, English is not my main language, so I might slip up here or there. I am not a professional writer, nor asking for any pay. You are free to copy my story, but please ask for permission at least give credits, where it’s due. Thanks!
The image doesn't belong to me, borrowed from the web.

Schedule:
At least 2 chapters a week, Wednesdays and Sundays. It will be at my own pace because I am writing this as it comes.
(3 seems at the moment too optimistic as I am still in gathering information stage and how I need to organize this at all. No worries, I have it sorted, but yeah ... WHERE!) dO_Ob

Verry good story with MC having the mind of an average adult but still is and acts like a child because his body is that of a child's.

No plot holes so far and it's verry informative so you understand what is happening in the story. Synopsis of this novel is accurate. The farming aspects of this is mostly accurate to real world knowledge.

Any gruesome text is in spoilers so if you don't like that you don't have to worry.

This can be a little difficult to read, especially at the start due to the large amounts of information. I had to skim read some of it.

The effort alone is worth about 6 stars. The details are thoroughly researched and then adjusted so that the world building is comprehensive. The story is interesting.

I have found that I can get a bit distracted while reading- it can drag you out of immersion of the story due to the difficulty, which is a negative, however the difficulty and effort put in the story is a major attraction. If the information and immersion were perfectly balanced, then it would be outstanding.

I have rounded up on this occasion due to the appreciation of the effort of the author. 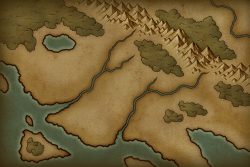 Isekai Life
By Khaos321999
A Story of a Soul from Heaven forcefully Reincarnated in a Fantasy World. Despite being wiped off of personal memories, still remembers History and General Information on Earth. Fandom : This story is set in a altered universe of ce

The Prime Minister’s Beloved Wife
By 7174PK
Transmigrated into an ancient novel, the modern fashion designer Bai Yu Yan suddenly became the wife of the Prime Minister. However, regardless of her position, her ending was but a tragic death. “Death? Ha!”, Bai Yu Yan scoffe
Action Required