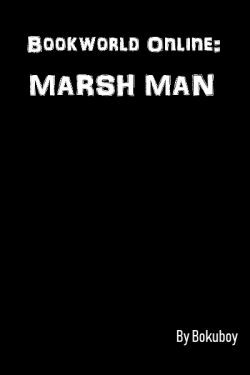 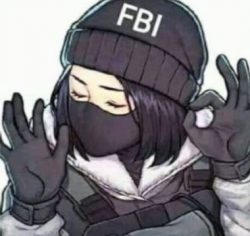 Status: c120
Jul 31, 2020
There should be one thing to be warned of. This is a borderline harem. It isn't harem by dictionary definition, but it teases the troupe. Every women you will meet in the story, practically bend over and beg the MC to f**k her w either  actions or intentions.  The women in this story are clearly just for fanservice, and  are parodies of actual women. They are just made to boost his image. Bend over bitches.
Below is just a general rant on the women of this story. Feel free to skip
His first s*xual experience was with his abuser. The author justifies it by saying it was consensual but I think there are far more darker undertones to when your abuser f**ks you, consensual or not. If author wanted to go abuse route, it would have been reasonable to say MC should have been somewhat traumatized by the act.
But in anycase, his first real s*xual interest he has is with this 30 yo stank milf. It was repulsive and sugarcoated to say the least that the only women in the sh*tty village that sympathized with the abused MC had watched him grow up from age 10, chooses to be his lover over all the f**king things she could have been to him. Like this women could have chosen to be the mother figure he never had, an older sister, a trusted friend. But no. She chooses to f**k him in her desperation over the lack of a real man in her life. Overall just very slimy vibes from all those s*x scenes with her. Later on we see a really unrealistically written army scene where women share the same barracks and dorms as men. (Imagine how many women get knocked up in that barrack alone). Ofc there is another shameless uncalled for fanservice where yet again another women bends over for MC. Well, its not as bad as with Deane the milf, but the army chick and MC have this weird s*xual tension.
Another convenient fan service is when the farewell present from the Commander is a goodbye kiss. Conveniently the commender is a female, but imagine they were a dude instead. A respectable women, once again s*xualized, MC practically bones her over a kiss and its brushed off with an apology out. Imagine the amount of herpes in that camp tho.
He later gets engaged to a descent women, but his fiances friend/relative Selena fights over MC. Idk if its a joke or not, but we get yet another thirsty whore after MC d*ck just to show how amazing MC already is, in case we didnt realize yet.
I think the worst of all these cases was this random mage. She gets so f**king wet when MC shows off his boat magic that she throws her panties at him before she steps off. Lastly we get this old ass mofo librarian who tries seducing him. When that doesn't work, she takes him onto her f**king lap and cooes this man like a child and kisses him like some mother bird while they bond over slavery. Its disgusting. Idk, call me crazy but it's a shame that women are just portrayed as nothing more than fan service and not as respectable individuals. I guess I expected too much when the author sets the bar high with his story telling. But do be warned when I say that the s*xualization and "romance" is just as cringe as your average Japanese dense isekai harem plot.

It's a dark grim story, written based on a a medieval swords and magic where there's pretty much dumb politics and racism along with slavery which give you more dark nuances within.

It's a game, but it's more offline game with VN like setting in a virtual realistic way of things and reincarnated person role playing game.

Hey, it's fun. If you've read the author other's series called morbis, then you'd understand thr character is like that one with more emotions within and less cold blooded.

The MC is smart, but dumb at the same time. A diamond within a scrap dumb where the slave owner might be better than most of the wizard he met...

I can only say just read them, I'm still reading them myself so I can't say much about it, but it'd potential.  Hope the author ahine those potential so I can enjoy them more than I do now...

Don't give virtual cookie bokuboy, give a real one lol 😁😁

Compelled Substitution (Complete)
By TLCsDestiny
At first, there was no choice for me but to take upon my mother’s status of ‘slave’. My life changed into that of neglect and abuse. Then, after a few years, I was then forced to take the ‘Mister’s’ place, to go and fight in the war…

Roommates
By Unlucy
When three seemingly normal dudes move in together, the last thing any of them expected was romance. But one of them has a secret… They won’t be a “normal dude” for long. Content warning: homophobic and transp