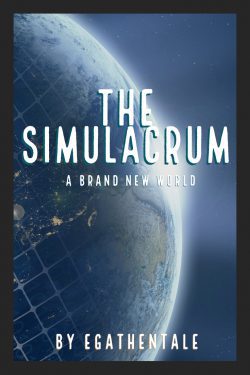 "He who fights with harem tropes should see to it that he himself does not become a harem protagonist. And if you gaze for long into a narrative, the narrative gazes also into you." ~ Friedrich Nietzsche (...probably?)

How would you react if one day you found yourself in an environment running on tropes and clichés?

For allegedly average high-schooler Leonard Dunning, this rhetorical question became uncomfortably real on the day he woke up on a strangely pristine island in the middle of the Atlantic, without any memories, surrounded by classmates who are barely more than characterless placeholders, and with a classic indecisive harem protagonist and his impossibly beautiful love interests for friends.

That would be hard to deal with already, yet his investigation into the tropes governing the world, trying to avoid harem shenanigans, and his odd blend of outside-context knowledge, unique abilities, and a penchant for causing trouble wherever he goes ends up dragging him into the center of the action anyway.

Disclaimer: This is a tongue-in-cheek, slice of life romantic comedy, with occasional sprinkles of combat and mystery to spice things up. Please do not expect a straight up deconstruction beyond some in-universe meta-commentary by the characters. 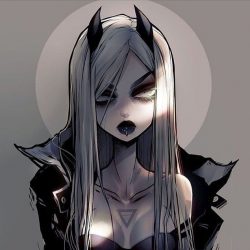 At the beginning this story was totally worth 5 stars, but now...

After some time there were way too many supernatural elements that were not explained as much as I wished they had been, making the lore a bit of a mess. That made the story fall from 'amazing' to 'quite good'. Then, the plot overall has slowly but surely started getting less and less interesting and the fillers we're getting more abundant, eventually getting it to about 3.5 if I am honest, making it 'ok'.

And then,... then came the ultimate downfall: the 'two girlfriends' situation. Let's be clear I hate harems in any form, but this was way worse than usual. Ever since these three started dating, there was an increase in fillers - or rather cringy scenes, that are trying to be fluffy and failing miserably, staring the trio. The dynamics made me very uncomfortable and sometimes fairly disgusted. I would appreciate if the author was at least kind enough to add the 'harem' label so those of us who dislike similar stuff can avoid reading the story in the first place.

Perhaps because I had high hopes for this story, it left me feeling somewhere between angry, disappointed, regretful, and disgusted which is what ultimately led me to write this review... I actually considered giving it 1 star but as the grammar was good, and as I really enjoyed it at the beginning, I decided to give 2.

In short? This story is great. Why? From the start we are introduced of a mystery that is slowly being unraveled by the MC. Where is he? How did he get here? Why is the world so strange? Who is he? The start might be slow for some people, but it needs to be like this since we are seeing through the eyes of the MC. He needs to assemble this puzzle all by himself and all we are doing is watching unable to help. Style, plot, grammar, characters, it has it all. But let me tell you about the characters. Even if at first they might seem like tropes with generic actions, it doesn't feel even a bit jarring reading about their interactions with the MC. No battles, no bs powers, no antagonist (not in the generic boss sense), only a relatable protagonist that is acting like a real human. Comparing him to the generic author self-insert that most stories are about would just not be fair.

Story that made me create account here.  I recommend it to anyone and everyone. Main character is great tho a bit M. Every moment of this made me want to read more. 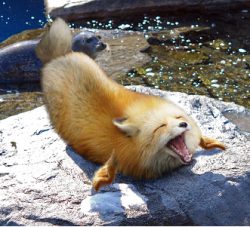 The mystery and comedy balance together well. The characters follow archetypes while acknowledging that they follow those archetypes, allowing us to not feel as though it is cliche. At the same time, they slowly begin to develop personalities outside of the archetypes, making themselves into new people.

I am curious as to how this will end.

Hello Guys! First review here, but I will try to be as complete as possible.

Grammar: It is good for a novel, and there are a few mistakes. On a more important note, sentence fluency and construction could be improved in some areas. Overall the novel is fluent enough and read-friendly.

Story: The story itself is unusual. I read a lot, and stories like this are rare to find. The story is the development of a construct, in which the main character resides. At the end of the first volume, it is unclear what is the role of our main character. Overall the story is delightful, it is unusual, as I said before, so you have to like it.

Characters: I have to say... they are unexpected. The characters seems "false" because they are part of the construct. But sometimes they surprise you, and you can glimpse something "real" from them. Overall they are as interesting as stereotypes can be with a touch of "strangeness" to them.

Personal Comment: I liked this novel because it's new and is fascinating. What would I have wanted? Some more "acuity" from our main character, like trying to explore his powers sooner or realizing that something is really abnormal in his abnormal situation.

Thanks for the good read.

This is a great story. 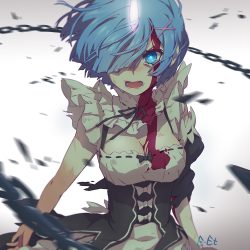 A good start, it raises a lot of questions! Continue like this :) 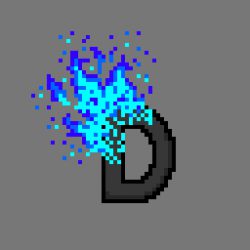 Man, this one is honestly so good. The way the characters interact, the way it pokes fun at everything, the way the mystery gets peeled layer by layer, it's all magnificently done.

I highly recommend reading this to the people who are bored with formulaic character tropes and story plots.

The Simulacrum is a story about a man thrust into a anime/manga and trying to figure out the how the world works while also trying to take care of his friends inside of it.

I state that because I don't think the synopsis the author included does a good job of telling you what your about to read. So if you're liked the sound of it I recommended reading this book. The writing is solid. The characters feel fully fleshed out and the dialogue between them is solid and helps characterize them. I do find that the dialogue sometimes has a bit too many references buts its a minor gripe.

The writing and characters are good but the overarching plot seems to be heading toward the boring side.

The idea of a character finding themselves in some sort of show or story told for entertainment is a really unique and interesting idea. In this department the story really holds up. Following the cast in experimenting with the world is really fun and only ever stalled when the genre shifted. However it seems like the writer is going down a very boring path for how the protagonist ended up in this story. It appears that the world is a simulation of sorts run by (in perspective to the protagonist) all power full beings. The protagonist is somehow related to an unknown factor that is interfering with the almighty beings. Thats about the gist of what we already know. Its boring, plain and simple.

It might be a bit unfair to judge this plot as it is now. It could develop in a direction I've never seen before or could never imagine. But even if it does that doesn't mean anything if you stop reading before it gets good. Maybe its because the last part of this story I read focused on this plot thread but just knowing how mundane and boring this overarching story is makes me want to not read this book. I do however have some suggestions to possibly help improve this part of the book. *Note* While I myself may think this suggestions will make the book better I could be wrong. They might not jive well with the style the author is going for or the could just be plain bad when pen is put to paper. I make no guarantees that these would improve the plot.

-Add a character that just like the protagonist has been awakened in this world, but may have different goals than the protagonist. A possible route for this could be having this character be from an older simulation. A character like this could also help mitigate the protagonist from becoming a "Chosen One" by having other characters share powers or have their own unique ones from being awakened.

-Have the one of the "almighty beings" or the trouble maker they're chasing descend into the world.  Give them some interactions with the protagonist. It would make them a much more real threat and story factor. They could try to enlist the help of the protagonist or try to destroy him. They could even simply ignore him and go about performing some feat of strength, like creating a new high rise building out of nowhere and having everyone but the awakened act like it always existed. Acts by these beings could be done without them actually descending or appearing in before the characters of the story. But I think it would give them more personality and make them more interesting if they were to appear in person.

That's all I really have for suggestions. The rest of this book is really solid. The author could be aware of how boring these segments are and could already have plans to correct that. I hope he does because the rest of what's here is really good and worth reading.

I love this story everything in it is good I love all the characters especially Judy I like slice of life style I hope it continues like this.