In an alternate world where evolution has given the male species the ability to get pregnant, a young man named Daniel Sullen had his life turn 180 degrees when he discovered he wasn't what he was supposed to be.

He discovered the secret of his birth and upon knowing comes along an evil twin sister that wants to ruin his life every chance she gets to and parents that don't even consider him as their own. The only person on his side was his grandfather who favors him more than anyone until that fateful night.

Maybe it's good karma but who would think he'd end up being pregnant with the billionaire's child??!

Disclaimer: The picture used in the book cover is not mine. No copyright infringement intended. If you are the owner of this art and wish for me to take it down then my DM's are always open and I will remove it immediately. My official email address is also posted on my profile page. Thank you. 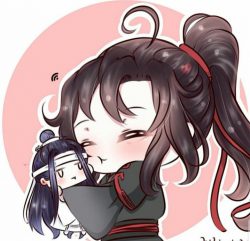 I'm still at the middle. of reading this novel. But I can't help myself, I want to right a review from the very start.

The novel plot settings is like on of those qt. Where the main antagonist of every world is a black lotus with a huge harem.

Our MC, Daniel is a complete white lotus character with a domiring doting husband. What is missing is Daniel's harem. But I'm glad he didn't have one.

The story is super fast pace. It would be better if the author give Daniel more time before he accepted relationship from ml.  Because of the fast progressive relationship of the main characters, it would seems that the story protrayed more of the instinct of both genders not the feelings of love.

That whatever happens Alpha still better to be with Omega. And an Omega, would be with an alpha no matter what. Daniel proclaimed to love his X so much before ML had taken and made him pregnant. He accepted thier relationship so fast, that it would seem so natural since he was an Omega. He tries to resist at first but well...

It's a Omega verse novel. Though, there's nothing wrong with the characters going with their instinct. This what makes this novel separate with other novel. Since our MC is an Omega. The story does not revolve on how our MC wanted to change his fate as an Omega. But a love story between an alpha and Omega. Though driven by lust and instinct of their genders. Still they able to love each other whole heartedly.

My rating is four, because of the other twin nonsense. I don't understand her hate and jealousy. (人*´∀｀) ｡*ﾟ+ 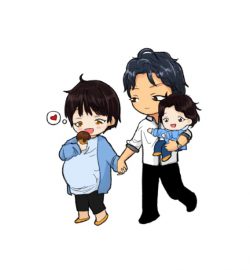 How to Catch a Celestial Fox
By letsplaydominos
What would you do when faced with a Heavenly Immortal? Huo Huli is an omega in the cultivation world that has risen to the top of the ranks. With his title Tianshanghuo-jun, he is called The Heavenly Fire of the Anyang Huo Clan sect, and he

Heavenly Soul [BL]
By crimson_carnation
Feng Qinghe is a disciple of the prestigious Heavenly Peak Sect, renowned for his competence and pleasant disposition. Used to bearing his burdens alone and wantonly throwing himself into dangerous situations for others’ benefit, he operates by th

Soul Shard Captor [BL]
By LucyPanDora
After Noah’s death, what greeted him was an AI system calling itself Black, offering him a job working for the World and Soul Management Bureau. He has to travel to many different worlds, taking over an identity of some unfortunate s
Action Required