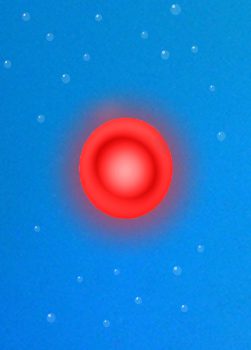 Slimes are stupid!
Annoying little pests that don't think about anything.
How would they? They don't even have a brain.
They don't even think about what they do, dissolving anything in their reach.
That's worse than a beast acting on instinct, that's just following a program.
A plague of mindless balls of goo.
If it were up to me they should all get eradicated.
At least that’s what I thought.
Until my life was turned into a mess.

TLDR: I think it is a good story with an interesting concept and equally interesting characters. I am enjoying it very much.

This story is quite unique. While there are plenty more slime protagonist stories out there, this one actually feels natural. I think the characters are likable, and that we can empathize with both protagonists' points of view.

Like others have mentioned, one of the best things about this story, compared to many of those, is the lack of LitRPG elements. No random stats and levels, nor an endless numbers of skills and overpowered abilities. I have nothing against the genre, but I simply can't take such things seriously.

The flow and speed are fine to me, and each chapter actually makes me want to keep reading. I always want to see what comes next.

Edit (Chapter 31) : Although I haven't been able to check previous chapters, I can tell that the author has made an effort to improve the writing. While I can still see some minor punctuation issues and the occasional sentence that could be arranged differently, long gone are those situations where I couldn't even understand what was being said.

Similarly, chapters that include Liqu's point of view have improved and no longer feel like a repetition of Shari's.

I believe the story has earned the 5th star I didn't give at first.

Now, I have two small issues with the story, which is why I give it a 4 star score instead of 5. The first, and least important, is the way the character perspectives are handled.

I agree that it's important to see the thoughts of both protagonists, but I believe that rewriting a chapter we already read and simply changing the perspective from one character to the other can be rather tedious for us readers because of how small those changes can be sometimes. I just get that feeling of: "I've already read this".

I won't lie, I tend to just skim through the chapters that show Liqu's point of view precisely because they feel like a repeat of Shari's. This method is effective, but as a writer, I wouldn't like it if people simply skimmed through my story like that. I want them to fully enjoy it.

Unfortunately, I can't think of a good suggestion to fix this issue. I'm sorry about that. Not to worry, though. Like I said, it's not a really big problem, and it doesn't really take away from the story.

There is, however, a much bigger issue, and that would be grammar and spelling. It almost feels as if there were two authors working on this. At one moment, I'm reading a very well written paragraph, and right after that, there can be a sentence that honestly makes no sense grammatically.

I've also located some typical minor mistakes, like the confusion between "then" and "than", to mention one.

I know not everyone is proficient in English. I, myself, am not a native English speaker, and still have much to learn, but I do try my best to make it easier for everyone else understand my own story.

I believe this story could shine even brighter if the author got someone to proofread their work.

Status: chapter 11
Jun 9, 2020
Firstly, thanks you author for writing this story, its nice piece of work.
Story is about development of sentient slime, her (?) child-like curiosity and interaction with others. Story is progressing on moderate speed, with some chapters that are describing the same thing from different perspectives. It's only a beginning so world is not really developed, but what already has been shown is quite consistent.
Overall - I feel it will be great story.
About grammar - English is not my native language, so I won't be able to catch any mistakes, but novel is easy to read.

So, there are not a lot of good slime girl stories out there. Thankfully this one is different! No silly Gamelit stuff, no stats just wonderful mindbreaking slime girl adventures! The only thing I personally dislike is the short chapters as I am a sucker for long chapters!

The grammar and sentence structure are fine and not offensive but are overshadowed by the curious characters and interesting story.

All in all a very nice read and I can barely wait for the next chapter.

a intelligence monster act like a sapien without human's value. And not slap-in human or psychopath.

everybody look competent enough to be able to survive in medieval fantasy. 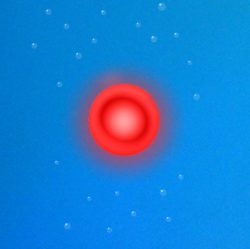