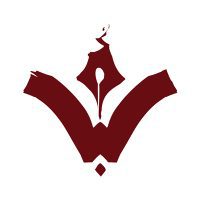 Abandoned and Alone. In a place left forgotten, the ruins of a former race with power beyond knowledge.

Crumbling walls greet explorers and scavengers alike as some try to trawl their way into riches in the corpses of buildings.
In the outposts left standing hope slowly grows, where knives and betrayal meets incompetent and weak leaders.
A world of the strong, a world of chaos. Preparing to sink its teeth in your back the moment you fall asleep.

Some claim to know their own demons, but the demons others hold can be just as deadly.

Many wish to flee this place, what reason have you to enter?

--
--
Not sure where I can throw an authors note so I'll do it here.
Hi, I'm Jaz and I'm writing this book as I go with no plan or plot or editor! Thanks for putting up with me testing some new things for this book. The first two chapters are in third person but that isn't my style usually, I was trying to see if I could use third person but it felt uncomfortable so from chapter 3 I expect I'll be doing first person to make writing easier for me.

At any moment one of the characters could die, simple as. I don't plan on giving any character some 'immunity' to death.
Because I've not fully planned the story, some of the tags might change over time as I decide I can't add some specific aspects, one thing that won't change is the apocalyptic-survival elements.
As for crafting, I plan to make nearly 'method of production' be an aspect I will focus on, that means most forms of crafting with proper recipes which will stay pretty consistent. The characters who we will be watching will struggle and have to research and learn what they do and how to best use them.

Dark Wolf
By Milestro
There are monsters in space! What is the best thing in the galaxy? Killing supernatural monsters, making love with hot women, and seeking adventures. That is John Jaeger’s typical life as a Space Paranormal Defense agent. However, he

Mecromancer Chronicles
By GregYarrick
The war for Endrala was lost millennia ago. But a handful of immortal super-powered Mecromancers have continued the struggle. Zagreus and Jade are shadowcat polymorphs who finds himself at the mercy of three of them, know to mortals as the Goddess
Action Required