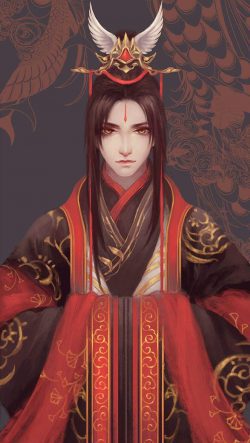 Jun Yunru, once the esteemed ger (third gender : child-bearing men) Empress of Great Qi, fell to ruin at the hands of those he once considered his own. Driven into madness by the loss of his unborn children, he spent the rest of his days in a haze at the Cold Palace.

In the end, he was poisoned to death by the one person he had always regarded as his closest kin. However, due to the mysterious power of the Blood Moon that took place during the night of his death, Jun Yunru turned into a wandering ghost. Three years have passed until one day, Jun Yunru was no longer a ghost. He had found out that he had reincarnated back into his seventeen years-old self of a decade ago. Vowing to atone for his sins and collect his debts, Jun Yunru embarks on a new journey in this second lease of life.

-This story is set in a vaguely ancient Chinese setting with an alternative history. I'm not Chinese so I apologize for any mistakes with some of the titles and terms of address.
-This universe features three genders : Female, male and ger (men who can give birth). So there will be Mpreg. The ger concept was taken with liberty from the Quickly Wear The Face of the Devil novel. It isn't my original concept. I merely expanded on it.
-Terms like Empress, concubine, consort and Wangfei will be used as gender-neutral titles (applying both to women and ger).

**Updates**
-No fixed schedule yet. I mostly write when I feel like it. But, I will try my best to update at least one chapter a week if I can.

**Cover**
-It is not my art, I found it on google image search. If you are the artist and wish me to take it down, please send me a msg. 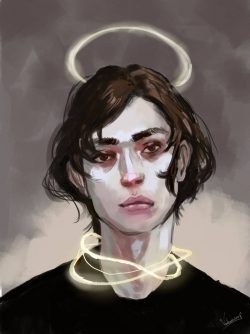 Wife, Please Stop Running Away!
By jmitsitsiyo
[Warning: This is BL (Boy’s Love). If you don’t want to read it, please ignore the story. This is rated 18 and has mature (NSFW) contents. Please read at your own risk.] Lin Mian Mian, age 23, was died in a car crash. He was tra

The Cold General’s Fierce Wife
By Nit_7_7
After his miserable death, Su Ying transmigrates into a glass-hearted white lotus ‘ger’ in the ancient time who was treated wrongly by his family. He also learns that due to an Imperial edict, he’s going to be sold…

Your Majesty, the King
By CatMasseuse
Mature content warning: Story contains depictions of violence, gore, and severe psychological illness. *Please note the story is a shounen-ai 少年愛 before you proceed. Silas, a young elven soldier, is sent to kill the country’s roya

The Grandmaster’s weird disciple [BL]
By Owl
Due to his foster guardians’ plot, Xie Yi grows up never noticing he was the leader of a Demon Sect terrifying the country. Missing any sort of common knowledge other than cultivation, Xie Yi listens to their words without question. The only

The Prophet Didn’t Mean to Fall in Love! [BL]
By Lon3ly
After having his prophetic powers revealed to the powerful politicians in the East, Yue is sent away to the west to attend a European magic academy under the disguise of a rich young lady from a powerful family. It didn’t cross his mind for a seco
Action Required