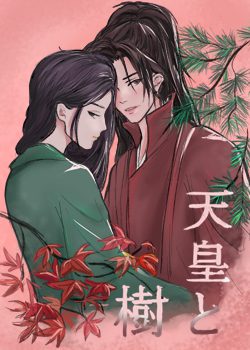 What a wrong way to reincarnate after being murdered by one's best friend!

Nekohiko's throat was slit as he was ascending his throne as the Supreme Divine Emperor. A moment later, his murderer claimed that very throne for himself. To add the insult to the injury -- Nekohiko's name was erased from all the history books as though he had never existed.

Driven by intense resentment, Nekohiko refused to die. He reincarnated. He had to find out how someone who loved him and who he loved back could destroy him so utterly along with everything Nekohiko stood for.

The only problem was that he reincarnated as a... tree. No, much worse than that. A cut tree. A simple wooden log sent to a workshop to be shaped into, let's say, a table, or a chair, or maybe -- if fortunate -- into a bookshelf for the new Emperor.

Until Nekohiko meets a soul that understands his pain and is willing to help a poor tree log gain shape that is far more fitting for a human bent on nothing but sweet, slow revenge.

Or, even better -- several shapes.

I will release a chapter every Tuesday, Thursday, and Saturday.

See the Glossary for more Information about the romance (ML section). Or in general -- for pictures and miscellaneous stuff about the book. ^^

The story is a slow burn with plenty of twists and turns and will involve a lot of mystery-solving to understand the motivations and goals of different characters. Action sequences will happen when the plot calls for them, but they will all require buildup to greater impact. The main themes are emotional and psychological explorations of identity, desire, fate, and intent. Characters will grow and develop across present arcs but flashbacks to provide context and mystery clues to their behaviors will be in order, yet without overpowering the present narrative (Flashbacks are episodic slice-of-life and do not have their own plot line).

Hateable villain/ML? Also yeah (Abihiko you're about to catch these hands) !

Crazy detailed and absorbing worldbuilding and plot? Oh hell yeah. Buckle up we're on the angst and redemption train boi

(I also am not-so-secretly hoping for smut, though I know it won't be for a long time since this is slowburn. But I'm a pervert and my brain is permanently in the gutter. PLS AUTHOR :3)

I am not the usual consumer of BL novels, and of Romance novels in general, but the adventures our lovely Neko log emperor kept me reading together with an adorably friendly author.

Write comments and I assure you she will answer.

The strength of this novel are clearly its characters and the world building. I admit the author made some questionable choices when it came to certain elements, but such instances are rare and they don't distract from the overall plot.

The characters have depth, something I can't say  of  the majority of novels. They act in a rationale manner and their agendas are clear. They drive the plot by their actions and are driven, neither being too active, nor to passive, a typical vice you encounter in many novels. Events don't feel random. They are the logical consequence of past actions.

They are not characters, but persons in the truest sense of the word.

The other strength is world building. The author sets the story a clearly ancient Japan inspired world, which is unusual as novels with such a setting are rare. 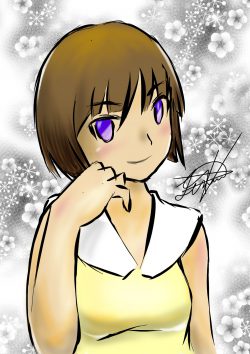 Honestly, I don't read BL stories. However, this one is GREAT. I love Nekohiko and Kataji's interactions with each other.

Also, don't let the 'long' paragraphs and sentences fool you.  The writing style is simple, quite wordy yet reading is a breeze. There are seldom, if any, dull moments.

The worldbuilding is great as well.  I'm easily-absorbed into the world and it's fascinating. 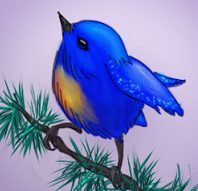 My Real Life Dating-System?! [BL]
By Owl
I’m normal, very much so, with a normal family and normal friends- Okay, maybe I’m gay, but that’s still normal, even if people don’t accept it fully yet and- Ah? What? A gaming system? You mean, like, a d

Box Shaped Heart
By LauraSFox
Carter Malis thinks he knows exactly when he turned into a self-identified homophobe, and that had to be the moment when Aron Ruskin, his best friend since forever, announced to him that he was going to marry a dude. Great. So there were going to

I transmigrated to the body of an insignificant character from a Dark BL novel!
By I_Love_Cats
Lee Fei is a normal 30-year-old man who has a good job as a librarian at the National University in China. He is an avid reader and has always read everything, including BL and GL, even though he declares himself 100% straight. He died just
Action Required