Basically, this is a story about a dude who reincarnated into a Visual Novel world and then decided to turn it into Eroge.

Hisyam Agil, 22 years old, fresh-graduate from a not-so-popular university in his country. Suddenly awaken inside a game character he used to play. Only, it was inside the body of an NPC that was destined to die to make the plot progress.

Although he was destined to die, he strived with all his might to change that destiny. His goal only survives from this predicament with all of his family. And after that, he just wanted to live in solitary inside his castle with his harem and all of the luxury like what a rich shut-in does!

He didn't care about the divine skill, key item, or anything that he could get with his knowledge as a player. Getting them was easy, but what after that? Does he need to defeat the boss or the like? Meh, too much of a hassle.

The MC of this story is an asshole who thinks with his dick. Don't complain, that's just how my MC is. And just like the MC, I don't put much thought into this story. I write whatever I have in my mind. (What's with this negativity?)
New chapter scheduled at 11:00 A.M GMT +7. (If there's any) 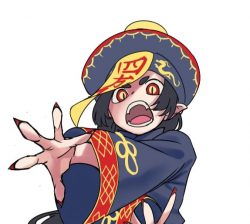 The Grandbell Legacy
By Awespec
Ci-ci Bell, an alias chosen out of necessity, has spent his entire life working toward a goal. And now, he stands on the greatest stage there ever was. And yet, during his speech, he speaks words that shock the entire world. Millions
Action Required