Music gives us life, and we give life back to music.

Centuries later, and one disco-loving Michael Kay would discover himself to be one of those very same Music Masters.

But how long will his once peaceful sanctity of sound last?

Little does Michael know that there are allies, enemies, and Zero Beat abound, as he begins the auditory quest to discover what it truly means to be a Music Master.

MM is an audiovisual story, and as such, please be advised that the named pieces of music that appear within can be found in Youtube links within spoiler tags. For the most updated reading experience, please head over to @https://musicmastersdotblog.wordpress.com

Supporting artwork for the story is credited to myself @x1LugiaLuver1x @Acquanima

EDIT: Due to the fact that chapters are quite behind on ScribbleHub, I'll be posting them per arc at an accelerated rate, so stay tuned. 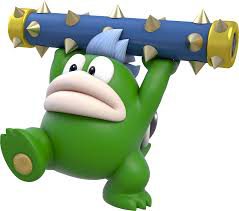 (Copied over from Web Fiction Guide)

While most of the web fiction community is focused on more serious sci-fi, fantasy, or drama, Music Masters goes full on Saturday Morning Cartoon on us, bringing a story quite unlike anything else you'll find in the world of web novels. It really feels like a comic book brought into prose (and knowing Music Masters's origins as a short-lived webcomic, this makes sense). A Worm-inspired angst story this is not.

There's a lot of narrative gimmicks in the story to keep the pace bumping and the tone light-- since the characters have superpowers activated by certain music songs, dozens upon dozens of songs appear embedded in the story for you to listen along. This is something that can be done in web fiction only, not in a book, so it's great use of the internet as a medium. Also, the story makes very consistent use of omniscent POV; the story flows between characters within each scene, giving all of them inner thoughts rather than keeping to one character per scene. It gives the impression of comic book thought bubbles, with everyone getting their chance to weigh in on situations, and secrets, motivations kept in the open to the reader. There's some good scenes to be had here.

The cast is large, and all the characters get a ton of development, with the usual teen romance plots thrown in if that's your thing. No matter what kind of reader you are, you are likely to find at least one character that really gets you.

One major aspect of Music Masters is the huge amounts of fight scenes. Every single story arc has at least one major battle, and there's a ton of stuff going on at any given time. While some of the fights when on a bit too long for my tastes, I'm not as big a fan of action in prose; if you like action stories, you'll love this.

My only major complaint about the story is that, as of the end of Disc One, the main four heroes really don't get very much time to act as a team--usually at least one member is separated from the rest--and there is not much downtime away from main plot activities for them to just hang out and grow with each other. It's a growing process though and the story gets better at it as it goes on.

Still, if you like comic book action and music-infused coolness, Music Masters is for you. It's one of a kind in the web fiction world.

Chronicles of the Exalted Sun Child
By lesterandrosayong
The plane of Rumiga, frontier of the Eternal Empire of the Righteous Order, one of the myriad planes where many sought to live in peace, but the eternal threat from the Chaos Sea threatens their way of life. Only the powers of their soul, their An

Among Brighter Stars
By Elamimax
Captain Cathérine Durand is the Captain of the S.S. Sollipsis, the first spaceship capable of Faster-Than-Light travel, the first and most advanced of its kind. Her mission is complex, to observe, to take humanity’s first steps into

The Little Goddess Doesn’t Want a World
By Cossimeri
Catalice has always been content to lounge around the heavens, watching the creations of others. The weakest of the gods, she never believed herself capable of creating a world of her own. So she never tried. Worlds require powerful gods w
Action Required