I was a novel reader transferred to another world. I'm a minor villain, but my beating was already over.

With that my peaceful life awaits... or so I thought. 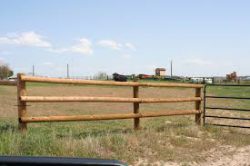 So, first of all, this is a story of a supposed bookworm who experienced the horrors of realistic isekai occurrences where one does not guarantee a spot for main protagonist - first who come's first served, disappointingly. Minor spoilers ahead about the current state of the novel: wanna get spoiled? Spoil yourself by reading the novel, you pile of stone with a delicious portion of brown commercial paint.

As I had previously stated, the story follows the journey of a depressingly unstable teen lowlife who lost everything in his former life. He then was bizarrely transported into a novel pertaining to his current situation after dozing off for a few. Now, you might say something in the lines of: "Oh wow! He got isekai'd into a Noble's beaten son?! Does that mean that the character his soul took over was one who was destined to be the next Avatar due to the punishments of which said hero had endured? AWESOME!" or something, right? WRONG!

This already damaged soul perseveres even more torment as he had become an irrelevant supporting character of the novel (sadly not the MC) who, coincidentally, shares a tragic life story as well, known as Naell. Yes, as in Naell this guy to a cross already! A snotty, selfish, ignorant wretch who makes ill of himself after every dimwitted blunder he tactlessly executes, another unfortunate victim of the Dunning-Kruger effect. Like seriously, how did this guy come to be as so? He be adding up to his family's list of difficulties.

Our current Naell though changes the fate of the woeful garbage and its owners in which he had been reincarnated as. By unintentionally drifting away from character at important moments of the Beryldot family's side-story, he effectively turned himself into something else: a protagonist located on the outskirts of the main plot, especially since his family's history is definitely not a shounen anime lead's dream. Since then, with the help of his earthly mind and the friends he made along the way, Naell faces the cruel world with science!

"Don't they use magic though?" What does science mean to you?

Place settings are good, but not really appropriate for kingdoms to use stone bricks as walls and fortifications for defense against intruders. Peasants owned fences too, like moi, for managing livestock, poultry, and the like.

We are also used for more than just protective units, keep that in mind.

Character development is present, though unnoticeable for the person inside the douchewad. Everyone around the Naell we are tagging along with possess unique attributes that make them pop out as well, like Sebastian being a popular butler and some girls who are adowable (wike his sistwer owo), and his girlfwend. I suggest that Naell should develop on maturity and willpower throughout his journey, breaking free from the lovable wimp mold and transforming into the lovable Chad.

The plot is typical for an isekai, though its characters provide leeway towards the possibility of wandering off some place else - a medieval slice of life masterpiece!

Overall, Transmigrated into a Noble's Beaten Son has a great story, charming oddballs, an admirable environment capturing noble life and its flaws somewhat realistically, and a playful plot. Though there may be some room for improvement, this novel has a bright future ahead for itself, its authors, and its audience. Funny number over ten.

It is a good story with a good flow of things happening, but the character development is lacking. Keep up the good work, waiting for more chapters.

Awesome story. Well written, art is good and author is consistent with uploads.

I'm not the best of critiques, yet I read lots of books, and this one definitely has great potential.

Transmigrated into a noble's beaten son is an easy read.

The story is set into a story where the transmigrated MC gets promptly beaten up by the reincarnated original MC.

If that was difficult to follow don't worry, the story does a much better job at explaining.

It is a wholesome story with a brisk pace and likeable cast of characters. It is just one of those writings styles that you can jump straight-in and not feel jarred.

I would definitely recommend this story to everyone looking for a nice isekai fantasy without the crutch of it being a game-lit.

I don't have many books in my reading list but this one is one it. Keep up the good work 😃

I’m a Butler, So What?
By ArcadiaBlade
Raised in the Slums, the young boy had saved a noble after being kidnapped. After being brought back to his house, he was then recruited as his personal butler. Taking joy in his life as being his butler, he decided to become the best butle

The Vow Of A Broken Heart
By in_awe
Daiyu, a senior martial sister of TianHua sect, deeply in love with her junior brother Guiren, has always put him before herself. After suffering heartbreak from him due to a massive misunderstanding schemed by two outsiders, Daiyu realizes his he
Action Required