Dean Eventhal, student council chair of his university, earned his place through wit and charisma alone, making up for his abysmal stats in a world which discriminates between humans and hominids—those who can use magic and gain stats, and those who can't do both.

As the new government failed to fulfil its promise to make things better for her weaker citizens, a disenfranchised Dean grew weary of his own inability to make a change.

However, he would soon unlock an ability which flipped the very concept of strong and weak, setting him on a bloody path to undo the lies purported by the ruling party, and later—the rest of the world.

Yeah. This story was not what I expected. Honestly, get rid of the antihero tag. The MC is a straight up evil murdering psychotic sociopath and all sorts of f**ked up. He goes from normal to sociopath rather suddenly as well. I thought this was just a school power-up fantasy since the beginning is literally that. Good f**king god, man.

Anyways, aside from that, grammar is stellar, and there is a defined motive and plot which is why I gave a 5/5 since it actually deserves it. There are also a ton of chapters available to read. Though this story is not for me (though it might be for you sick f**ks out there), compared to the plethoric cesspool of hot genderbender garbage on this site, this one is actually worth the read (this one is thankfully not a genderbender). 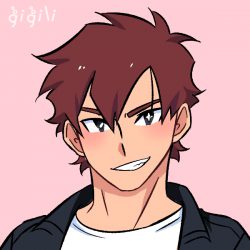 World Reset is a pretty great romp, and with an interesting GameLit system in a fantasy metropolitan world with no shortage of political intrigue, it certainly is a treat to read. Though there's the occasional grammatical error, and having two characters both named Dean in the early chapters was a little bit confusing (I legit thought that Dean and D-Max were the same person for longer than I care to admit), this story is most definitely a diamond in the rough, and I highly recommend it to anybody who's thinking giving it a read. The style is beautiful, the game mechanics are unique, and the story itself keeps you guessing.

Also, I admire a dude who can crack open a beer with his teeth, so there's that lol.

Good story, grammar is not perfect, but it's not terrible either. The Author clearly took inspiration on the Liberals vs Conservatives conflict in the U.S., but with a twist: in the real world there's no difference in potential between people from minorities and non-minorities, but what if there was (just saying but the Minorities in the story are not the same of the real world, this is just a philosophical question, not a political statement) ? "In a world where there's people with overwhelming power and people with no power true equality would be impossible" I believe this is the main theme of the story. 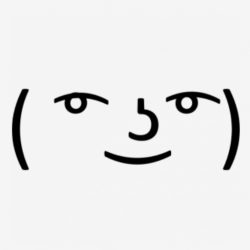 Life Isn’t So Simple Anymore.
By FukinDeadBeat
What do you have when you have a socially awkward young girl given a system that has stumbled upon a secret of the world that wasn’t meant to be discovered by someone like her? A recipe for disaster, that’s what. Just how will Zoey Win

Awakening Chronicles
By Raizia
After dying quietly in his sleep, Marcus awakens and finds out he has been selected to become A World Administrator. A being who stands amongst the gods and whose job is to raise worlds from nothing and help life flourish. However, not everything

The Way of a Survivor
By Hekon
“As you only wish to live by your own hands be you in a weak or strong state you will now be granted that opportunity.” Tokito orphaned at a young age from his parents dying in a bank robbery saw what money does to people and n
Action Required