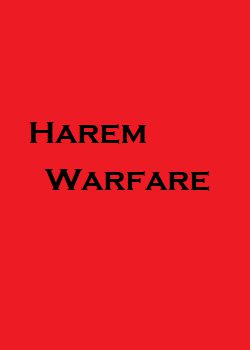 Every boy dreams of having a harem.

To be served by lots of women hand and foot, whose loyalty to their master is manifested through affectionate gestures and unquestionable loyalty, is what every single boy has fantasized during or after their...'nightly sessions'.

Thus, every 30 years, a select few Harem Kings are chosen and given permission to make a harem of their own, limited to only seven loyal females who can not only protect their master but also assist him in his everyday tasks.

Branded by a seal on their right hand and blessed with an enhanced constitution, they exert their might and influence by the power of their Harems.

For one boy however, he prefers not having a harem and tries to distance himself from the growing feelings of the girls surrounding him.

Unfortunately, nobody escapes their destiny of being chosen as a Harem King, and this is his journey of accepting and eventually embracing his role as one of the chosen Harem Kings.

Come and see how these Harem Kings wage war against other Harem Kings, in a world where quality trumps over quantity, where loyalty is more valuable than sex, where harem slayers wage brutal wars against all harems and harem kings.

When a Harem King wages war, his Harem fights alongside him.

The Void King. *Monthly Hiatus*
By ShiranuiShukumei
The gods themselves have granted mankind the ability to cultivate, to gather up and unleash Qi as devastating attacks or life-saving healing powers. And yet, in the small village of Green Willows lives an abandoned child, Huang Ying, who was denie

To the Start of a New World (BL)
By ars
Zombie apocalypse setting. Everyone loved Lu Hao. He grew up in a happy family; everyone loved him; fate smiled upon him. Yet somehow, something in his perfect life was wrong. It wasn’t the apocalypse that broke him – he was str

The 1.000 year Great Sage –> COMPLETED STORY
By krushandkill
History says that each 1.000 years, a Great Sage is born. One that can control amazing amounts of Magic. And in this world with so many different races, that Great Sage will defend, rule or help one of those races to advance and evolve faste
Action Required