A 15 year old boy found himself in the middle of a school field trip. He was your normal everyday student, one among many you could find anywhere. Maybe some things about him weren't exactly like your average everyday student, he was a weeb or something once called an otaku.

During the school field trip there was an accident, the bus crashed and rolled down a hill and ending up ending the lives of twenty students, and among all twenty students one didn't reincarnate, and instead was sent into another world as a spirit.

* Reincarnated as an X (Spirit)

This story follows the template for a Japanese Isekai story. Personally I have no problem with that. You can take bits and pieces from other Isekai stories, follow the template and still create a good story.

What bothers me is that the characters are not cohesive.

The author describes the characters one way and then a few chapters later they go against the core of what the character is described to be.

For example, the author describes that the MC has problems trusting people. He also writes a companion that goes radio silent for several days, then goes against the MC, hurts the MC and then the MC just forgives and forgets as if nothing happened.

And this is not the only inconsistency with this story.

I dislike this sort of sloppy writing. 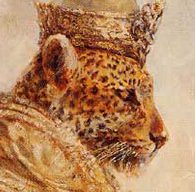 I will be concise.

- This story is very cliché. In itself, that's not a bad thing, but I saw no attempt to innovate even a little. This is one of the faults that I blame the most in "Isekai" in general: it is woefully lacking in imagination, which is ironic considering the world is supposed to be fantastic.

- The protagonist is reincarnated as a ghost, and I like that idea, but why start him as a ghost if he gets a "body" in the first chapters? It also reminds me of the fact that the protagonist creates spells like it's nothing. That's supposed to be difficult, right? So the protagonist is either a genius or the mage who said it's difficult is a liar. There is hardly any explanation for the spells: how did he create them?

- The descriptions and dialogues are not very good. They generally lack vocabulary and verve, and because of that, the scenes tend to be flat and make it hard to feel the slightest emotion, which is a shame since the author repeatedly tries to do these kinds of scenes.

- The story has the tag Weak to Strong. I expect to see the character lose several times, have to train hard. In short: that he is weak at the beginning, but progresses through hardship so that one day, he can finally fight previously powerful opponents. That's not what I saw. I saw an Overpowered Protagonist. Let me explain, in Chapter 35, Shiro must have been in this world for almost 3 weeks, and he's already able to stand up to guards, knights, and even the f*cking king ?! It's either ridiculous, or I missed a huge explanation for his absurd growth.

I think I could find more things to say if I described certain chapters, but I will stop there. I want to be clear. I don't find the story good, but by rewriting certain passages, it could be.

My advice would be:

- Take your time. The story pace is damn fast. That leaves no time for the development of the characters, or that of the world.

- Reread more carefully. This is an excellent method of detecting where weak points are in a text, whether they're mistakes, or simply a description lacking in quality or details.

- Think about the story, even if you don't want to worry about it, it might be a good idea to do it. For example, Willow gets an order for 20 magic swords, why doesn't he make a contract? He's in a human supremacist realm and knows the behavior of people, but he doesn't think about it? Sounds stupid to me.

Sorry for any mistakes, also author, you may find this harsh but please don't be discouraged. 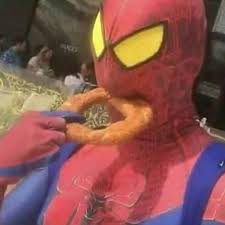 Kigal-Note
By Greydra
The Ultimate Encyclopedia for the stuff you need to know about the world of Terra Sol! — This is a collection of trivia about my other novel: A Reincarnated Demon’s Life of Wonder. It is also a rewrite of the origina

Journal from Another World (dropped)
By Fuyutsuki_Kaori
Story is rewritten in another page; this page will be deleted soon after the other page is booted. Thanks

The Magic Lumberjack
By Hathnuz
Kane — who was once a mighty ax saint and master blacksmith — fell from his glory after completing his vengeance. He fled to a faraway kingdom but was killed by an invading demon in an unfortunate event. For an unknown reason, his journey s

Opening an orphanage in another world
By muhammadazmee94
I got reincarnated and one thing lead to another, I decided to open up and protect the orphanage

Neighbourhood Terror to Sissy
By Fibaro
Mark the neighbourhood terror gets dared by his girlfriend to try on the panties she accidentally left on her last visit. Little did he know his neighbour John, the secluded suspected perv of the neighbourhood managed to get pics of it. Pic’
Action Required