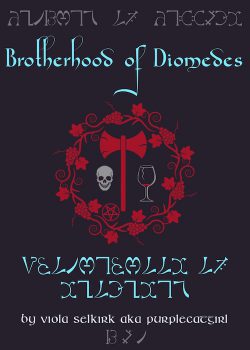 The Witches of Welland and their Goddess have been using magic with impunity for four years now. Reality has been changed, lives have been affected. Their actions have not gone unnoticed, and their hubris will not go unpunished.

For centuries the Brotherhood of Diomedes has worked to keep Earth free from the meddling of petty deities, and the small upstart coven in Canada has finally come to their attention.

Now Sam and Nikki must keep their chosen family and friends safe from a ruthless, experienced enemy that threatens their very existence."

Please note - this story gets dark in places and can get intense. We will preface chapters with content warnings where applicable. 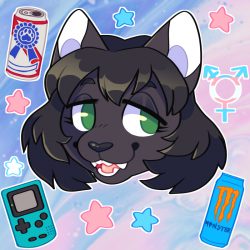 In preparation for Brotherhood of Diomedes I binged all of the Welland stories that I had both already read and others that I missed. It feels like all of the stories that Purplecatgirl has put out have been leading to this inevitable point. All the moral questions that this series has raised.  Every time they've tweaked reality. Every life that's changed. The other Welland stories have slowly fleshed out this world with a massive cast of characters. We've grown to know and love them. And now everything seems like it might be destroyed. Every chapter slowly builds the anxiety and I know there will be an explosive conclusion. Thank you so much for this story and all of your hard work!

I was so busy writing the review I forgot to give it five stars and now scribble won't let me edit it. But five stars for real

Where the prequels had been mostly sweet and wholesome with quick problemsolving and having fun with magic, this story is like the snapping-back rubberband that our beloved coven had been stretching until here. It's grim. It's dark. There is violence, death, anxiety, desparation, mourning,... the whole deal. But there is also a lot of love that overcomes all of this.

I fully recommend reading it. But if you do, strap in tightly. Because this story is one hell of a ride on the rollercoaster of emotions. 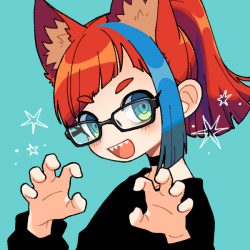 An amazing and often anxious heart stopping story of magic, conflict, interpersonal relationships and navigating them.A must read if you have read any of Purplecatgirl's earlier works in this setting. 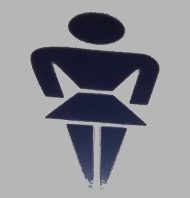 I had more thoughts than I expected on this story (That is a good thing I think!) so this is gonna be a long one:
Can't figure out how I feel about this story. I liked it better than the Tales from the Witches of Welland stories for sure, but thought that the ensemble cast dynamic was much weaker here than in the original Witches of Welland, though the stronger overarching narrative of this story retroactively made me wish the Witches of Welland had more going on than just episodic frequently-forced feminization, cause you're good at building tension and all that. Downside: I don't think that tension ever really paid off in a big way.

I think I would've killed Zoe off right at the start. Feels mean to say about an author's thinly veiled self-insert but I think she made the story worse. I can't decide if Cindy made the story worse because I really liked her redemption arc in Witches of Welland, and I even liked her for the first half or so of this, though at a point she just becomes the smartest and coolest and toughest and most powerful character and everyone else just looks like a massive bum. The story also starts revolving around both her and the self-insert. It is a complete tension killer. I knew nothing permanently bad was happening to either. Like, even when it isn't in Cindy or Zoe's heads it is often in some other character's head who is thinking about Cindy and/or Zoe.I didn't feel like Zoe really contributed a lot and there were quite a few times where you wrote her and Tanya almost identically, which I guess makes sense, as Tanya was intended to be Cindy's girlfriend according to the Goddess (that was the whole point of her s*xuality change following Cindy force feminizing her). I assume those two broke up because Cindy didn't like Tanya being a reminder of a past life she couldn't remember and a present life that she couldn't have, but none of that is actually addressed in the story. It is a bit confusing too because the Goddess apparently has love magic strong enough to nudge Nikki and Sam together, a revelation that I don't recall ever coming up beyond that conversation between the Goddess and Nikki, which surprised me because I thought with the marriage, the baby on the way, and the truth coming out to all of their parents I expected some conflict between Nikki and Sam about the authenticity of their love.

The description of this story actually mentions Nikki and Sam and no other characters but where were they for this story? Outside of Nikki talking to her family (which I thought was well done, and cleared up some questions) and walking into the bad guys twice (well, once they walked into her) she doesn't really do much, and Sam The Leader does even less. The whole ensemble cast sort of.... disappeared. And the storylines revolving around those characters that you were really good at keeping consistent your other stories almost regressed here. Nikki was supposed to be asserting herself more against the Goddess, but here she is just a useless pawn. Sam was supposed to be asserting herself more as an active leader and helping her coven get more involved with magic, but she is totally unprepared and uninvolved here, with Cindy and Zoe pretty much taking over both the leadership and training before they decide to Peace Out at the end. Jess does nothing much in this story besides get harassed by some bigots briefly in a subplot that Cindy resolves at the end. Kara does even less, as they only seem to exist to be mean to Cindy.

At the end of Witches of Welland Cindy was seemingly on her way to redemption and becoming part of the family/coven with Sam, Jess and the Goddess learning to forgive her, but here it is kind of retconned and instead the impression the reader is left with at the end of Witches of Welland is the exact opposite of how things developed. I guess I also have a larger issue with how Cindy's redemption is handled in this story because it starts by presupposing that she should already be redeemed, but we never spend time with anyone but Cindy and Zoe on that. We never really get a Jess viewpoint chapter about the rape. We are told that Cindy shouldn't have to have flashbacks to the rape when she is a different person now (sort of literally, with the partial identity death) but it never really delves too deep into the question of reparative justice (Am I asking too much? Maybe?) or whether these flashbacks are just as unfair to Jess (Or if she even has them, as we don't know!). I kind of thought that when Cindy was in Australia talking to the Goddess that that would be the resolution of her storyline looking for belonging, the same way I thought her conversation with Sam at the end of Witches of Welland would, but instead of some kind of reunion with the ensemble cast where they need to beat this evil force united, Cindy just.... uh.... suddenly becomes the most powerful character in the story and outsmarts five Gods and kills like 60+ people while I say "Okay". I don't know. I didn't have any issue with Cindy killing the people at the school and I didn't have any issue with her urging the coven to start questioning the Goddess (Do they, really question her at the end though, it just seemed like they agreed with whatever Cindy said.), I actually thought those were good bits, but I was so confused by how this story sort of throws all of the characters out by the end.

If you had to throw any characters out I think you should've thrown out the kids. That whole Taste of Xxxx series would've been better kept as a side thing, honestly. It was emblematic of some of my issues with Brotherhood of Diomedes. Liz went from ignorant mother and wife put in an absolutely impossible and unfair situation to like, selling her kids to drug lords and trying to kill people before being turned into a pre-teen. What. Reminded me of Cindy's yo-yo redemption/belonging arc and Kara's sudden turn to anti-Cindy cultist and Ciara coming into existence to do.... what...? Talk to Cindy and Zoe once? That Maria and the teens had as much or more time than characters like Nikki, Sam, Jess and Kara (and they were easily my least fav in the original series) was baffling.

I'll eventually read Scenes From a Changing World because I think you're a good author have earned my attention as a reader but for real I need a break from the Cindy and Zoe show (I reserve some judgment on the Ciara thing with the hope that you'll make it make some sense later). I know this review seems really harsh but I think more than dislike I feel disappointment because of the consistency, both of plot and quality, of your past stories in the series.
edit: was gonna give this a 4 but it won't let me now