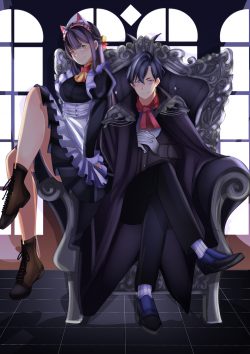 Keaton Pel is the result of a failed reincarnation into a brutal fantasy world. It's a tough world, but Keaton has one thing working in his favor, his level system. In a world without levels, he reigns supreme.

Hmmm it's an interesting novel, but there's too many loop holes in the story...

Power wise: The system progression is pretty  interesting and easy to understand, no problems with that. The problem comes from the strenght system of some1 who doesn't have a system, there's no in depth explanation until now, but there's no way that some1 without a system can get as strong as some1 with a system, at this chapter he should be already in the top 30% of strenght in human kind. Warriors get stronger because their armours are from stronger monsters therefore they can use a portion of it's power. Mages progression is a mistery but the only way to increase inteligence and charisma till now are very expensive medicines that 99% of the population doesn't have acess to. So only 1% of the population consists of mages and warriors are mostly weak... (there are guys who are stronger than the MC now, but not stat wise. If the MC knew how to fight he could probably kill all 50k citizens in the city he "spawns", the only thing stopping him is battle experience and weapon experience).

Personality:... this is hard to explain, the protagonist is a shallow little bitch. He treats the weak with arrogance and the semi-strong with reverence. Belle, the protagonists slave and first concubine (who has been with the MC since his infancy) is treated as baddly as you can think, it's not physical agression tho, it's mental, he treats her like a pet, therefore she is a pet, and somehow she still loves him (and they say japanese MC's have plot armour...).

So, now that we have
established how he treats ppl that like him, let's talk about why he's a little bitch. There's a blacksmith shop in the town (Vel's shop, there's probably more than one blacksmith in a town of 50k ppl, but this is the only one that's mentioned), the blacksmith treats our MC like trash since the first time they met, in one of the chapters the blacksmith Vel intimidates our protagonist because he thinks Keaton (MC) is being rude to him, the protagonist at this point should be 5x stronger than the blacksmith but instead of confronting him or just leaving the shop and finding a different blacksmith shop he acts like a shy 10yo... That in my opinion makes him some1 without character, he's weak against the "strong" (it doesn't need to be physically strong, strong attitude, etc.) and with some1 who loves him, he treats her like a pet, he actually buys a collar for her and makes her sleep chained to a pole btw...

The female protagonists are all very shallow too...

Belle: the submissive slave girl who does everything he asks and has 0 personality besides being a s*x addict;

Tammy: the gold digger girl who never gave a damn for the protagonist until it's found out he's a "mage", then she's suddenly in love with him and instantly becomes a harem member;

Marcela: the noble daughter of a baron, who doesn't like the protagonist, but has to marry him because the baron commanded it. Obviously she has a past fling and the guy tries to kill the MC, that old cliche who keeps repeating itself... (btw, first time they meet, MC suddenly loves her and is willing to wait for her to love him back before marrying her, 15ch later he rapes her, spoiler alert).

World: Nothing to talk about really, we are given the information that there's a few races, the main enemy of the humans tho are the beastkin and the monsters.

Story: It's quite interesting actually, most of the reason why it received a 3* in my rating. A random goddes sends a "hero" to the world with a system, but the soul of the "hero" gets rekt and the kid starts receiving a few memories of the "hero" and gets a system, the goddes wants to f**k the humans up and help the beastkin, but he's sent to a human body. The goddes is kind of a bitch too so there's a good chance he'll go against her, therefore against the beastkin kingdoms...

Nobility and the commoner view: It's kinda akward actually, so knights are considered nobility and our MC is the sixth son of a knight. The problem is that the commoners treat him like trash, if you think about it a knight needs to be strong and have a connection with a stronger noble (rank wise) since to be knighted you need a noble of baron rank or higher, some1 in this position could make the life of a commoner hell, even if the father of the protagonist doesn't like him and he's the sixth son he shouldn't be getting treated like this, afterall it's a matter of honour, if you can step on the son of a noble, what makes him noble? does not make any sense to me...

There was a poll asking if the author should start the novel from the beginning or continue the story, saddly I wasn't able to participate in it since It took me a while to start reading this, but in my opinion the statistics tell no lies, the first 10 chapters received 75+ likes and it's been a while since the viewership is dropping. I'm deeply interested by the story and want to see more, but if the story is re-started with a clearer focus it would definitly be one of those stories that keep a reader entertained until 300ch +.

All in all if you don't mind what I said before, the novel should be entertaining enough.

I thank every1 for reading this and apologize for typos and commas that I missed!

Honestly this novel is pretty good, I'll start with the people the characters are humans they have problems and dislikes that are pretty reasonable MC is I don't know what to say he's just a normal compared to other MC in fantasy settings not ruthless enough not kind enough just neutral. S*x scenes are good so far pretty juicy if I say so myself MC is into some kinky sh*t sometimes though. World building is not the strong suit right now but it should be up when the chapters get released. Overall 4.5 give it a try

If you wish to read about a weak-willed "Japanese" MC then look no further than this novel. Watch how despite given ultracheats, the MC acts weak-willed and has no knowledge of finances. He doesn't try to change anything in the world but goes along with the flow despite having modern knowledge. Its really irrelevant that he has earth knowledge since his weakass doesn't use it to his advantage.

I feel the MC is a reflection of the author seeing how he is afraid to type out age and constantly skirts it like the MC skirting through life.

It's alright, so far. Nothing too major happened but it's an enjoyable read.

The R-18 scenes however, is amazing. Really hope to see what kind of twisted fetish MC will come up in the future.

I agree with almost all of the critique in other reviews, but I have to say that I enjoy the story enough so far that I just don't mind the blemishes.

I really enjoy the characters and that they feel quite cohesive so far. I also enjoy the s*x scenes. I can feel that the abuse of the poor beastkin girl goes a bit too far at times, but that's probably because she's my favorite character and I want to protect her innocence. :-)

The story have not progressed that far yet, but I get a feeling that it will pick up soon. 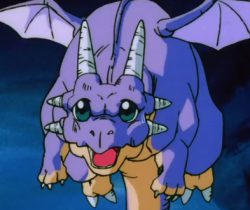 Jags Consortium
By XueFei
Jay Matthews, an ugly, fat and perverted computer geek transmigrates into another world, into the body of Jay Agsen, a doctor granted with talent, a handsome face and good build. No copyright infringement intended. This story is pure fictio