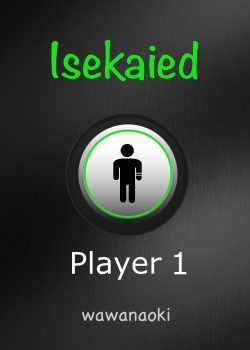 What would an ordinary gamer from southern California do if he ended up isekiaed into another world? A world where his modern scientific knowledge was useless and only his love for video games, anime, sci-fi/fantasy stories and engineering were the only reliable tools he could use to help him survive.

In the summer of 2026 ZeeEye Gamers’ Guild launched Arcane Hunters Battle Royale (AHBR), a highly immersive and competitive video game that redefined professional e-sports forever. AHBR was powered by TESS, a revolutionary gaming console that allowed players and spectators alike to join games by entering into the same dream world. AHBR was the first game in history to achieve 1 billion simultaneous active users. Its rapid growth and acceptance ushered forth a new age of professional streaming and granted celebrity status to anyone who excelled at it.

Kai, a southern California gamer, joined the closed alpha for the next version of AHBR. Due to a unfortunate accident, he ended up with the opportunity to move onto the closed beta. In an effort to increase his stream's subscriber count and turn his unremarkable professional streaming career into a successful one, he joined BETA. However, it became much more than he had ever expect.

Will Kai discover the truth about BETA? Will he get home? What is so special about DanceRush Stardom anyways? Come find the answers to these questions and more in an adventure filled story about friends, technology and the love of video games.

This story is an entry for The Adventum Contest 2020.

Included Themes:
1) Town/Kingdom/Empire Building
2) Reincarnated as an X
3) Combination of Magic and Technology

Art Attribution Note: I did draw the book cover art myself except for metal brushed background image from Adrian Joniec, released as "Free for commercial use" on Pixabay. --wawanaoki 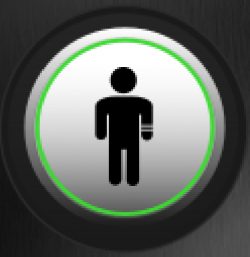 I was reincarnated as a Goblin by a Goddess with a terrible personality
By GodlyKamui
I lived a disappointing life. My greatest achievement was graduating high school with mediocre grades. I was good at making friends, but I never felt like my connections with them were real… My relationships with the opposite sex always ende

Isekai Warfighter
By steryx
Yeah, I know… lame title but here’s the story: You were playing against an opponent team in E-Sports Virtual Reality FPS game. Suddenly, you were zapped by electric current due to faulty equipment and sent off to another world.

Scarecrow in another world
By CoffeeFob33
“…Why are those scary-looking birds looking at me funny?” Follow the peculiar adventures of an average schoolboy transported to another world, trying to survive the harsh life of an inanimate scarecrow in this new world fi

Cultivating Change
By Kldran
As a young adult, I’ve spent a lot of time reading dumb stories. “If I were one of those main characters, I’d not do things the same way as they do!” Talking out loud to myself was a bad habit of mine. “I’d like to see you pro
Action Required