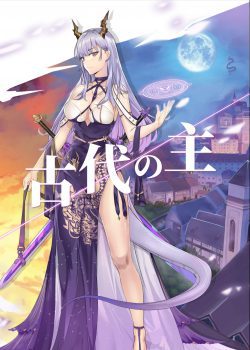 Does true love even exist anymore?

I devoted everything to her, she was the pearl in my palm, I would even sacrifice my life for her. Everything I did, I did for her love. To meet her expectations yet...what awaited me was the cruelest of betrayals.

All I asked was to be accepted to have my feeling reciprocated. Is that too much to ask for?

There is nothing left for me in this world, all that I’ve given can never be returned. That’s why...it’s better to just abandon it all.

Maybe the next time I open my eyes, a better world awaits.

The novel is nice. The MC is observant and thinks about what's going on. The other characters don't feel like they're there just to say how cool the MC is; I actually want to read more about them. One really nice potential point in the novel is the introduction of an enemy group that has a relatable cause instead of just "we're evil, so we do evil things." Hopefully they'll be fleshed out later on.

But there are two key issues I have with this novel so far.

1. Much of the novel so far is spent detailing different types of magic and how the MC trains himself to use them, but every time something major happens in the story, he's saved by some mysteries power that is neither earned, nor understood, so it hardly feels like it has any relationship to him. Why should the readers spend time reading about the magic and him learning magic if it's useless because he'll just be saved over and over by some other power?

He kills himself in the first chapter because his wife cheats on him even though he gave up so much of his life for her, and he stops believing in true love. But then when he sees some beautiful girl, he gushes about how so amazingly beautiful she is, and that he "fell in love at first sight." It's frustrating to read about an MC that was set up as a mature adult, who is experienced in relationships and hurt enough to commit suicide, turn instantly into a hormone-drunk teenager because this random girl is just sooo beautiful.

The MC is supposed to be a transmigrated adult, but he has moments where he just seems like a normal child. At one point, his friend is obviously being curt and putting polite facade towards some of his "friends." The MC notices this oddness himself, but still asks if they're his friends. His friend replies, "something like that, " and the MC innocently stutters, "w-what do you mean?" as if he's completely clueless.

Honestly, this novel is not bad. In fact, it's better than a lot of novels I've read. The first problem could be simply fixed by just adding chapters where his magic actually has impact on the story or major events, and I've only read 14 chapters, so the author probably has those planned.

The second problem, however, is much harder to solve. I think it comes from the author not knowing if s/he wants the MC to be a mature transmigrator with a dark past or a driven teenager with family/nobility problems. The only advice I could offer the author would be to take some time to clearly think about, and then write down (for yourself) who the MC was, who he is now, and how he would act in any future events in this story.

But don't let my opinion stop you. I call them "problems, " but if you (the author) like your MC the way he is, then great! Keep going because the person that should enjoy a novel the most is its author.

My thought is that an adult who was hurt so badly that he committed suicide and has said himself that true love doesn't exist wouldn't be willing to open up and love others easily. It would normally take someone emotionally scarred a long time and many struggles like therapy and self reflective thinking to even have a deep friendship let alone love someone again.

And yet love at first sight is the complete opposite. It's like saying I want to share the rest of my life and have them be as important to me as my family all because I saw them once and they looked really pretty. It's a really naive thought that I could only see a happy teenager making.

LotA is an interesting read, to this point. In the beginning when I started, I had maybe one or two brief points of confusion; but it did clear up as I kept reading. This wasn't what I traditionally read before, and while the 'Prologue' type beginning is skippable without ruining the rest of it, I did read it nevertheless. (Skip the next spoiler if you don't like to be spoilt.)

It opens on a betrayal in a relationship, driving the MC to end his own life... in rather dramatic fashion. I hope, in all seriousness, no human takes this chapter to heart as something to do also. Aside from that... when it came to the end of the MC's life, the stretched out paragraph spacing is pretty spot-on.

Also I love how KyoruS set up the characterizations. The MC when finding himself in the new life is confronted finally with a 'doting mother' who genuinely cares for her son. I found this definitely refreshing, in regards to what others skip in terms of the parent/child relationships. At first I assumed a buildup to a mom who would end up 'son-con' but... it never happened (and KyoruS assured me that is not the intent). Like I said, refreshing. And the theme carries out, even through to this chapter ten where I am now.

All in all... it sets a high bar for other writers to follow. I did get 'lost' only temporarily in a couple scene transitions, but did mention them through PM or discord; I find KyoruS to have been a kind person to chat with too, so there's that. I'd suggest to at least give this a try if you're not wanting the same old cookie cutter reincarnation story.

I wanted to try rating 4.5 but SH doesn't do halves apparently. On the contrary, I do think dropping down to a 4 would not do it justice too; so for now, it gets the full "5 star" treatment from me. I hope it continues on in as genuine a pacing as KyoruS can give it. Kudos to you, KyoruS!

Alright ten chapters... time for the shaming. Honestly speaking I can so no major flaws. The story follows a reasonable pace, the MC has a brain, the writing style is smooth with a great flow, and the grammar is on point.

The start is great and while things do slow down a bit the author does a good job presenting information in a natural and interesting way using the charectors perspective.

Five stars for now but that might change in the future as so far there are only 10 chapters but so far it's a great start.

Twisted Royalty (Rewritten under new name!)
By HaiImRyuu
Zeek was beaten to death by his own father but there was no meeting with god he just woke up in a cage and had to figure out if he could live a comfortable life or fall into the depths of hell. This is the rewrite of my story of Yandere Roy

I will get a harem!
By hiore
One fine day our protagonist, yuto was selected by God, to test a new power, seeing the possibilities , he decides: – I will create a harem!
Action Required