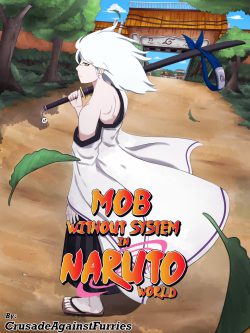 Art and this amazing cover were done by Kowaichi

Pretty good it’s well thought out read if you feel like it I can’t say it’s the best but it’s not half bad either 4.5/5

It's basically everything I can want from story. Characters make sense and plot is fun and not predictable full of cliche. Thoughts of characters are things a person might think in the situation 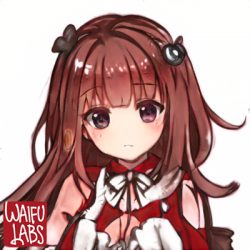 You could see that the author really did her research bcoz it follows the Naruto timeline quite accurately. The story isn't unreasonable and unrealistic, although there were just parts that made me a bit perplexed

First, In my opinion, the story made the acquisition of the Sage mode seems too easy

And the part where the MC told Sasuke about Danzo and he suddenly acquired Mangekyo Sharingan, I don't think it is executed in way that you would really feel Sasuke's anguished. I didn't feel that he was devastated enough because my understanding of Sasuke is that he is very stubborn but quick-witted so the fact that he even listens to what Eiji told him was even surprising to me. He's smart and doesn't really trust people that easily so his reaction is very unlikely (he fainted, not so cool). He could've believed those (documented) evidences but not without doubt. I think he would first assumed that this guy, who is being treated as a puppet, is trying to use him to kill his enemy.

I mean compared to the anime the execution of that part it's so 'meh' 😶. I think it would be more believable if he evolved during the battle againsts Danzo as he saw his arm filled with the eyes of his dead clan not after he was told that this certain stranger, that he doesn't have a single clue about, did everything in the shadows.

But it is not really a big deal, so it's fine.

- and lastly a not so op mc

- grammar and the spelling, fixing it would make the novel 100× better

Enjoying both the story and the original premise of this story.  (the first story like this I've read)

I really enjoy this story, it's funny. It has a seemingly well thought out plot. It doesn't just recycle old Naruto content with MC as the MC, it has depth. You can see him influencing the ways characters develop in slight but noticeable ways. I really enjoy the thought that goes into it, and his author notes at the end of each chapter are always fun or insightful. Would recommend. 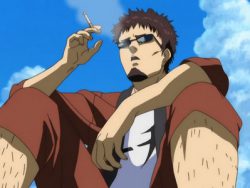 Reborn in Naruto, but there’s no system?
By Lightning
I wake up to find that I’ve reincarnated in Naruto’s body. The only problem, I have no cheats no system no anything. I have to actually work to get stronger and survive in the dangerous world of Naruto. Disclaimer:

Goddess of Ice; Reborn as Naruto’s twin sister
By Maerry
How will the person who, in her previous world was known as the Goddess of Ice, deal with the world of Naruto? This story will mostly follow cannon and will focus on how a powerful, wise, and slightly insane person will affect the story and

The Cloud Over The Leaf
By Forestbear
A spirit woke up in vast darkness, only to meet a strange entity. “Lucky you! A second chance to live has arrived!” Shortly after, he finds himself in the world of Naruto. First novel, I’ll do my best to enterta
Action Required