Born as an orphan, Shin Flammia grew up in the orphanage until he reached the legal age to find work. Due to this decision of his that led him to venture to the outside world, Shin was able to get to know something that turned into his hobby eventually. And that something is Anime.

Day and night, he would work his ass off everyday just to buy a limited edition game or manga that he wanted. He continued to immerse himself in this newfound hobby of his that eventually, he couldn't take care of himself anymore.

Because of his lack of sleep for the past few days and his body being as pale and sickly as it is, his body gave up. Slowly, he felt his body becoming heavy and his head is spinning. That was the end of his first life.

But, whether it was because of a fluke, a beautiful, divinely ordained fluke, but a fluke nonetheless, he was granted a new shot at life. He died, yes, but a being that is so powerful that it could live inside the endless void offered him a new life.

"Angels! Angels are so cute!"

"I need to first get stronger so I can live my life in leisure later!"

"Hey! Isn't that person supposed to be the antagonist of this whole thing? Should I take him down now to avoid future troubles?"

"Whaa... everything is going so smoothly. Everything's always in my favor that it's scary!"

Follow Shin in his attempt to enjoy life at his own leisure. Playing sports, battling, mofumofu times, and even forming his own crystal palace.

This, is where a new legend, starts.

The characters that will be introduced from other works are not owned by me.

All of them belong to their rightful owners.

I am not claiming ownership to any of the characters that belong to any series.

This is just a fan fiction and is created because of my love for the animes that may be portrayed in this work. 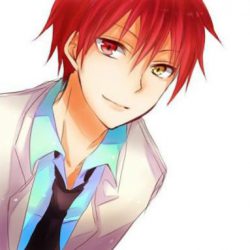 Alrighty. Let me write a review for this piece of work so that potential readers would know what the author is planning to do with this story and what to look forward to in this story.

Oh, I'm a friend of the author irl so I got to read some of his drafts. Anyway, let me first start off with this. This story is a kind of WISH FULFILLMENT story. Well, fictions are a kind of Wish Fulfillment so... Well, that's in my opinion anyway.

That aside, if you guys are looking forward to seeing some serious plot twists that would make you rage about and some dramas that could potentially make you cry tears of blood from all those dramatic lines, this is not the story for you. The author isn't exactly fond of writing those 'BS' dramatic s***. I mean, why would anyone want to read something that could potentially make them more depressed? I just don't get it.

Now, onto the strong points of this story. First off, the author isn't relying on the main plot of the original. I mean, seriously, he's completely going off tangent and writing the story based off of his writing skills. It would probably be more apt to say that he's just using the established world and characters to write a story of his own? Well, that's how fanfictions should go but most fanfictions just don't try to go out of their way and write their own interpretation of the story. The story is also readable so anyone who isn't exactly picky would have no problem reading the story.

Other than those I mentioned, there are a lot more that I didn't mention but I guess this review would give you more ideas as to how the story is.

Oh, and, one more thing. If you don't like the genre, just don't read it. I, for one, don't like to go out of my comfort zone and read something that isn't 'my cup of tea'. We all have our own preferences and ideals in life so just don't try to attempt on reading something you don't like if you really don't like it. It would just be a waste of your precious time if you do.

That would be all and I hope you guys got the information you needed from this review.

Edit: The story is slowly taking it's shape. Now, only a few things are left to be said before Shin could finally start his highschool journey. I definitely look forward to it.

Fanfic story is combine universe of gabriel dropout and dxd. There are several original and semi original characters I think.

So far MC have planted some seeds for future harem member in their chidlhood which is a good move but looks cute rather than flirting.

he has habit to huge loli

Author seems tried to use fanfic characters as a base to be developed rather than following storyline to the letter which I respect.

Butterfly effect should be expected if you put a stone in a ripple of fate. This is a wish fulfilment story type as well. So for those who likes it, welcome to the novel!!

Great wish to author. Be mindful of butterfly effect and yet at the same time be crazy about it.

I can't wait for satania and other funny characters 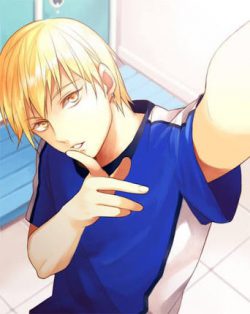 Reincarnated as an OP Loli
By YuujiEveryleaf
I was the 10’000’000th person to be hit by a truck so I won a prize – I could become anything I wanted! So I chose to become an ower-powered Loli and just have some fun! Discord Channel: https://discord.gg/SbZe2qv

The Eighth Warden
By IvyVeritas
Cast out from his knightly order for using magic, Corec has no idea what lies ahead. Leaving his homeland to make his own way in the world, he finds himself linked to a beautiful woman through a mysterious rune. With otherworldly forces manipulati

My Sister The Villainess
By CupcakeNinja
Tell me, what does one do when they discover they were reincarnated into an Otome game as the villainess’ playboy older brother? Of course I had always been aware of my situation as a reincarnated person, but it was only when my sister’s en
Action Required