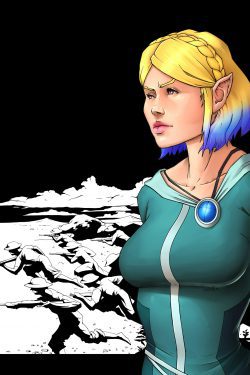 A man from the future crash-landed to a planet full of medieval, sword swinging, magic casting elves.
His arrival ushering in a new age for the locals.
Will they adapt, or die?

World map(draft): https://ibb.co/T4mTfkL
Usual stuff, folks:
First time writer, reviews- yes please, criticism welcome and appreciated, English might not be perfect.
Also, some feedback would be kinda nice. Not getting any feedback is worse than mistakes and deficiencies being pointed out.

This story is some kind of kingdom-building novel, introducing technology to a medieval-fantasy world. Usually I find this genre really boring since I fail to get invested in it. I'm just not able to get what's interesting about it. This novel, thought, I kept reading because the writing is quite good. Also, there's the hook of the continent being at war, so there's a reason for me to get invested in the MC's project.

That being said, I'm left a bit confused at the motivations of said MC for doing it. As I understand it, he plans on advancing civilisation enough to repair his ship and F off in space to return to a war-torn solar system because they have toilet paper. Okay. Or maybe I'm wrong and he plans to advance civilisation until they can produce toilet paper, then sit back and relax?

The author wanted advice so here's mine.

First, congrats on all the details put into the world building, especially in technology. Obviously the result of lots of knowledge and research, it's really appreciated. The only thing I found weird was the MC wishing for toilet paper. Surely with space travel and advanced technology japanese toilets would be the norm. Spraying water and filtering it from the waste should be better than having paper mixed in the fertilizer for the space farm, whether it's on a ship or a space station.

Second, I really like the cast of characters that has been introduced, but as I've said I'd prefer the MC to be aware of the genocide of civilians happening, and choosing to help out by doing his thing. Or at least have a very clear goal/purpose for doing what he does. It'll be hard for me to stay invested otherwise.

I'll keep reading. Feel free to disregard my review because as I've said it's not a genre I usually enjoy, so my opinion should'nt matter much. To the author: congratulations for a good start of your story!

A great novel for all you "sci-fi meets fantasy" fans. If you want to see what happens when a space merc crash lands on a medieval world, then look no further.

While the author has mentioned it's his first story, it ain't the level of a novice.

World: The author worked hard to breathe life into the story. With the bonus of a world map created by the author, we get a vivid description of the continent and the various kingdoms inhabiting it.

Characters: The characters aren't 2 dimensional nor cookie cutouts. We got all types of characters and ambitions of their own.

Main Character: Now this is where the story shines. Make no mistake, while our MC is lost in an unknown land with OP technology, the author ensure it isn't a walk in the park for him. He has obstacles/difficulties that he needs to surpass, as well as disadvantages he needs to watch out for if he intends to stay alive.
And instead of using the "Oh I read this in a book" trope to explain how he does/manufacture things, there is actually a logical explanation (You can't go wrong with an AI).

TLDR: Great story with a rising MC and characters with depth. Wholly recommended. 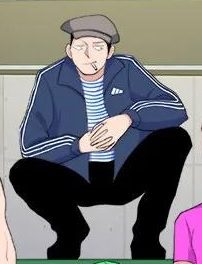 This novel seems heavily inspired by "The Galactic Navy Officer Becomes an Adventurer" manga, but it's worse.

In the manga, MC learns magic in a cooler way. MC earned his OP AI, kinda. MC doesn't try to be a king. MC has a mortal enemy from the get go. MC creates actual relationships.

Here, it feels like it's a regular Village/City building novel with isekai elements (overdone bro). Here, MC is somewhat of a cuck, and hiding inside a shell. Here, the AI is a man/not-a-woman? Here, the elves don't really feel like elves at all. The only difference to normal isekai medieval humans is the ears and the promiscuity...

Overall, most people that aren't oversaturated with this type of novels will like this novel. Grammar is good. 4/5? Though it felt like a 3/5 for me.

Tip to author: I think you could have fleshed out a more distinct, "I feel like I'm actually on another planet" elven society, before writing the first chapter. That's the biggest flaw in your novel. Bad reviews are always bound to happen, don't give up. Have a good day. 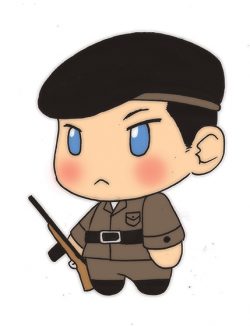 Tryst: The City of Scholars
By thepundit
The beautiful caretaker of my family often told me stories. From powerful heroes, hateful villains, fluffy beastman, comedic dwarves, rich nobles, mighty dragons, witty gnomes, mischievous fairies and more. I adored all her stories as the characte
Action Required